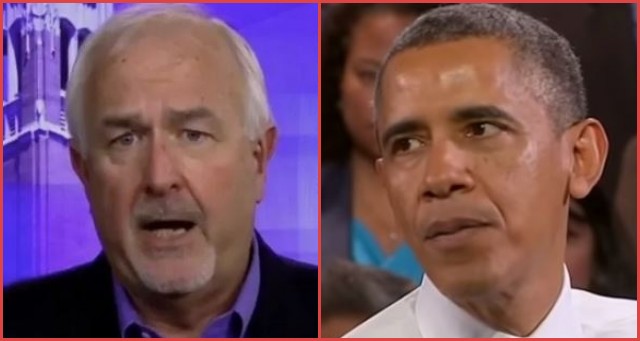 The former head of the Federal Emergency Management Agency abruptly ended an interview on MSNBC following a disagreement with another guest over how best to handle the spread of coronavirus.

Craig Fugate, who spent eight years as head of FEMA under President Barack Obama, appeared on the network Thursday afternoon to talk about whether federal or state governments ought to be in charge of COVID-19 response efforts.

Fugate argued that state and local governments are better situated to take the lead on how to combat the spread in their own states and communities.

Meanwhile, Andy Slavitt, the former acting head of the Centers for Medicare and Medicaid Services under Obama, disagreed.

“The myth of a single person in charge taking control and running this is a myth,” Fugate argued. “This is going to be dealt with on the front lines and local and state levels, and each state is going to be addressing this unique to their systems.”

“I’ve always believed the best way the federal government can support governors is to get out of their way, get them funding, use CDC to give guidance,” he added.

“As we’re running out of stuff, I’m asking the question, why are we not looking at idle capabilities now and governors just go contract for that resource? Why wait for the federal government to do it?”

Slavitt, however, said Fugate’s analysis “is not helpful” because “we need a great partnership between the federal and state government.”

That set Fugate off, who abruptly removed his earpiece and mumbled, “I don’t have time to listen to bullshit, people,” before leaving the interview.

Later, he took to social media, saying: “At the point I’m not helping, time to step back. Never was good at the talking head thing anyway. This is too critical of a time to let emotions get in the way. My apologies to you and your audience.”

This article originally appeared at USA Features News and was republished with permission.