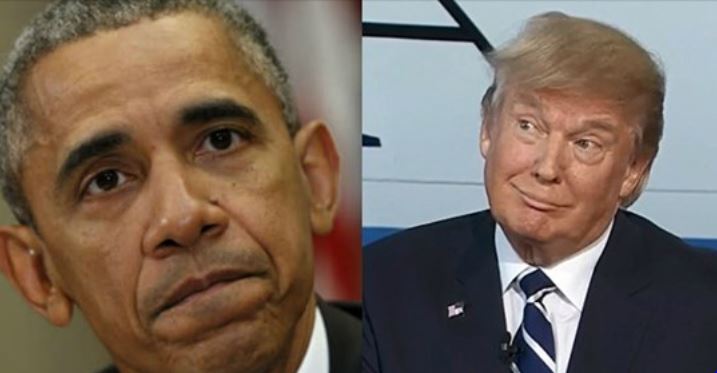 On November 8, 2016, the liberal snowflake was born. Donald Trump’s victory over the “Butcherer of Benghazi” shattered the lies the media told us for months, which was that Hillary would “win by a landslide.” As the melodrama played out on national television and across social media, with snowflakes being rendered helpless in fetal positions over the news that their crooked queen had lost the election, liberals a year-and-a-half later are still having issues coping with Trump being president. Now a list of Trump’s accomplishments that’s circulating across the internet is making liberals seethe with anger, as our President’s accomplishments are already shattering records, with 82 successes just since the beginning of his presidency.

Appointed a Transportation Secretary who is modernizing air traffic control

Appointed an Education Secretary who is correcting abuses of Title IX

Appointed an EPA administrator who has rescinded over 30 regulations

Appointed an FDA director who is facilitating generic drug competition

Designated North Korea as a state-sponsor of terrorism

Foreign firms building plants and creating jobs in the U.S.

Improved rules of engagement for military in combat situations

Nominated 60 judges, 21 confirmed, none yet denied

Nominated one Supreme Court judge, who was confirmed

Obtained release of Caitlan Coleman and husband from Haqqani

Recognized Jerusalem as Israeli capital and announced plan to move U.S. embassy there

Reduced permanent staff in all Cabinet agencies except VA, HS and Interior

Rescinded ban drilling in the Arctic and coastal areas

Rescinded the “War on Coal”

The president’s lawyers announced a framework for restoring the separation of powers:

Congress should cease delegating its legislative power to the executive branch

Executive will end informal “guidance documents” that undermine due process

U.S. energy production is on the upswing

U.S. sorties and assisted forces reduced ISIS to 2 percent of the area controlled in 2016

Withdrew from Paris Climate Accord

Withdrew from UNESCO (a warning to other wasteful, overstaffed UN agencies

And there’s a hell of a lot more!

Put that in your pipe and smoke it, liberals!!! Now compare that with Obama’s “accomplishments,” which included hollowing out our military to pre-World War II capabilities, putting Iran on a path to nuclear weapons, and making us the laughing stock of the freaking world.

Prissy Holly is a conservative journalist, professional shi*t starter and disgruntled military vet who is very outspoken and doesn’t give a flying crap about your feelings when exposing the truth. If you want your daily dose of news delivered in the most politically incorrect way as possible.

The Threat of Court Packing: How It Would Destroy The Republic
October 21st, 2020 The Lid

(WATCH) Kamala Harris’ Husband: ‘I Am Married to the Next President of the United States’
October 21st, 2020 The Mental Recession

YouTube confirms it will immediately ban all videos that question the...

FAUCI WANTS EVERYONE TO “SACRIFICE” BY REFUSING TO CELEBRATE THANKSGIVING