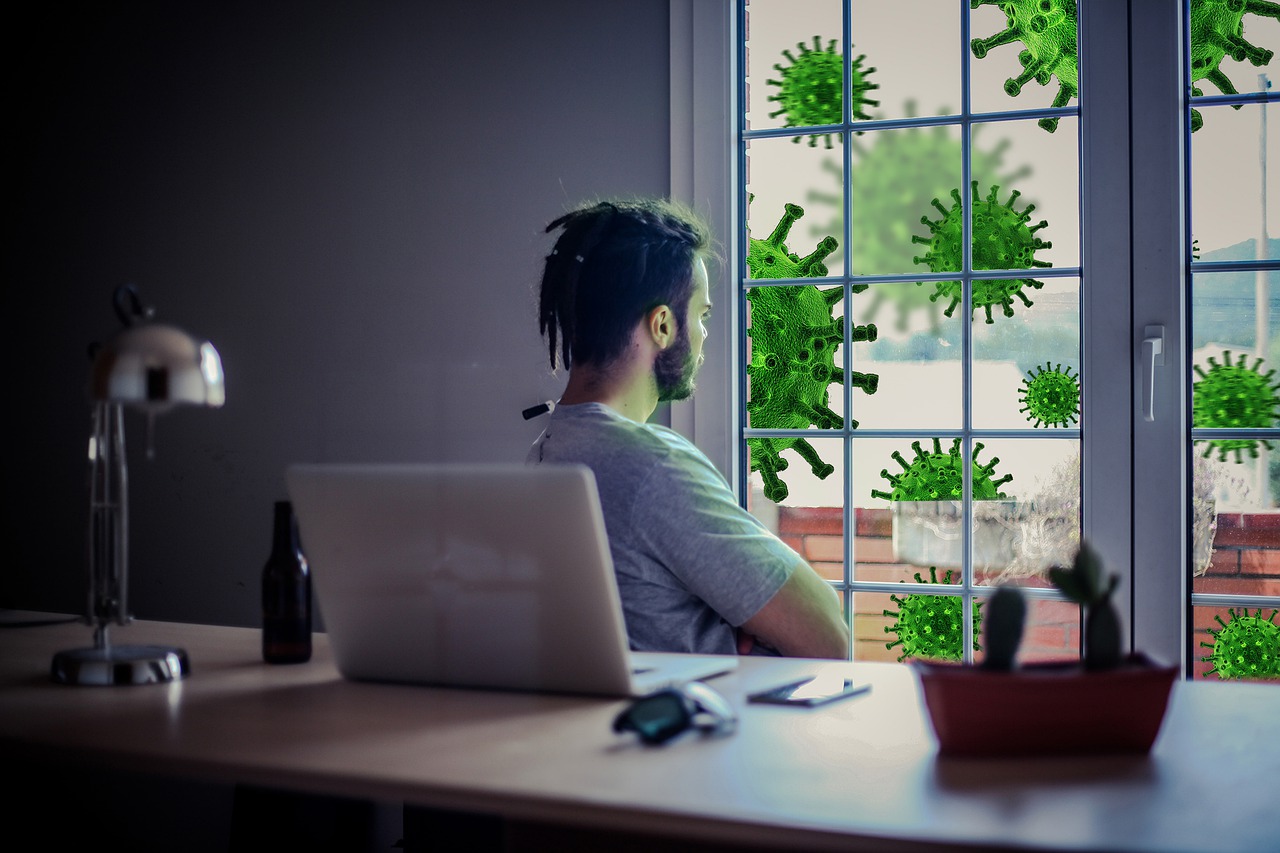 Something doesn’t smell right.  The number of newly confirmed cases of COVID-19 in the U.S. each day has been declining, as has the number of deaths.  This is great news, and we should be hoping that the falling numbers are a sign that the pandemic is beginning to subside.  But the mainstream media has been relentlessly pumping out stories that warn of “disaster” if the lockdowns are lifted “too soon”.  According to the mainstream media, by “ignoring science” we are inviting a “second wave” which will be even deadlier than the first one.  And it is certainly true that as we end the lockdowns more people will get exposed to COVID-19, but right now I do not know of a single hospital in the entire country that is currently being overwhelmed by this pandemic.  As long as our hospitals can handle it, there is no reason to continue the lockdowns.

But the mainstream media seems desperate to keep the lockdowns going, and so they keep telling us that we are “inviting disaster” by ending them.  For example, the following comes from a New York Times article that was just published entitled “As States Rush to Reopen, Scientists Fear a Coronavirus Comeback”…

Millions of working people and small-business owners who cannot earn money while sheltering at home are facing economic ruin. So dozens of states, seeking to ease the pain, are coming out of lockdown.

Most have not met even minimal criteria for doing so safely, and some are reopening even as coronavirus cases rise, inviting disaster. The much-feared “second wave” of infection may not wait until fall, many scientists say, and instead may become a storm of wavelets breaking unpredictably across the country.

And this is how that article ended…

Having 50 states and more territories do competing and uncoordinated experiments in reopening is “daring Mother Nature to kill you or someone you love,” Dr. Frieden said. “Mother Nature bats last, and she bats a thousand.”

That sounds quite ominous.

Without a doubt, most Americans certainly do not want to see a loved one die after catching COVID-19.

Initially, we were told that the goal of the lockdowns was to keep our healthcare systems from being overwhelmed, and we should stick to that.

Unfortunately, the mainstream media just won’t turn the hype machine off, and they seem willing to twist facts if that is what is necessary.

Just look at what NBC News is reporting.  According to an article that they just posted, “infection rates are spiking to new highs” in many areas of the nation…

Coronavirus infection rates are spiking to new highs in several metropolitan areas and smaller communities across the country, according to undisclosed data the White House’s pandemic task force is using to track rates of infection, which was obtained by NBC News.

The data contained in a May 7 coronavirus task force report are at odds with the president’s declaration Monday, May 11, 2020, that “all throughout the country, the numbers are coming down rapidly.”

No, infection rates are not spiking.  Just go to worldometers.info and check for yourself.

Yes, the numbers are still high, but they are a lot lower than they were.  So it appears that President Trump is correct in this case and NBC News is wrong.

So why is the mainstream media doing this?

Could it be possible that they are trying to hurt President Trump politically?  Without a doubt, Trump’s poll numbers have suffered during the lockdowns, and if the U.S. economy does not bounce back by November it is certainly going to be tough for him to win.

And at this point the mainstream media is not even trying to hide how much they hate Trump.  For many of them, getting rid of Trump is priority number one, and they will exploit any angle that they can to try to make that happen.

But political considerations should not be governing how we approach this crisis.

Sadly, most Americans don’t even realize that if we would have just used basic common sense that we would have never needed lockdowns in the first place.

According to a new study that was just released, none of the lockdowns would have been necessary if at least 80 percent of Americans were willing to wear masks…

For nearly three months, we’ve been urging people to wear masks to help stop the spread of the coronavirus pandemic. Now, a new study and online simulation tool shows that America could end the lockdowns and beat the coronavirus in a matter of weeks if just 80% of people wore masks in public.

Yes, it’s that simple: Wear a mask and you beat the virus.

Of course at the beginning of this crisis the CDC specifically instructed the American people not to wear masks, and it took them weeks to finally reverse course.

But other nations that used basic common sense have fared so much better than us.  The following comes from Vanity Fair…

The day before yesterday, 21 people died of COVID-19 in Japan. In the United States, 2,129 died. Comparing overall death rates for the two countries offers an even starker point of comparison with total U.S. deaths now at a staggering 76,032 and Japan’s fatalities at 577. Japan’s population is about 38% of the U.S., but even adjusting for population, the Japanese death rate is a mere 2% of America’s.

This comes despite Japan having no lockdown, still-active subways, and many businesses that have remained open—reportedly including karaoke bars, although Japanese citizens and industries are practicing social distancing where they can. Nor have the Japanese broadly embraced contact tracing, a practice by which health authorities identify someone who has been infected and then attempt to identify everyone that person might have interacted with—and potentially infected. So how does Japan do it?

It is actually very simple how the Japanese were able to accomplish this.

Virtually everyone in the entire country is wearing a mask when they go out in public.

Yes, it is just that simple.

In addition, a number of studies have found that mortality rates are much, much lower for those that have a sufficient level of Vitamin D in their systems.  Natural News just posted an article about one of these studies…

It was when the researchers closely looked at data from patients hailing from countries with high COVID-19 mortality rates, namely Italy, Spain and the UK, that they observed a common denominator: they had generally lower levels of vitamin D compared to patients from countries that had significantly lower mortality rates.

In addition, after further examination of the patients’ data, the researchers found a link between low vitamin D levels and “cytokine storms,” a hyper-inflammatory condition caused by an overactive immune system.

But instead of focusing on these basic common sense solutions, the mainstream media continues to push the fear button, and now Congress is considering a bill which would spend 100 billion dollars “to create an army of contact tracers”…

Illinois Democratic Rep. Bobby Rush has introduced the H.R. 6666 TRACE Act, which includes a $100 billion grant program which would authorize the Secretary of Health and Human Services to create an army of contact tracers operating through healthcare, schools and nonprofit entities, who would perform COVID-19 diagnostic testing “through mobile health units and, as necessary, at individuals’ residences, and for other purposes.”

Things like this make you want to tear your hair out.

We don’t need an army of “contract tracers”.

All we need is a little bit of common sense.

Sadly, those in positions of power always seem quite eager to take advantage of any crisis that comes along.

We have seen so many examples of tyranny during this pandemic, and this has especially been true in California.  The following comes from an article by Ron Paul…

A Fresno, California waffle restaurant dared to open its doors for business this weekend to the delight of a long line of customers, who waited up to two hours for the “privilege” of willingly spending their money in a business happy to serve them breakfast on Mother’s Day. This freedom of voluntary transaction is the core of what we used to call our free society. But in an America paralyzed by fear – ramped up by a mainstream media that churns out propaganda at a level unparalleled in history – no one is allowed to enjoy themselves.

Thankfully everyone carries a smartphone these days and can record and upload the frequent violations of our Constitutional liberties. In the case of the waffle restaurant, thanks to a cell phone video we saw the police show up in force and try to push through the crowd waiting outside. An elderly man who was next in line to enter was indignant, complaining that he had been waiting two hours to eat at the restaurant and was not about to step aside while the police shut down the place. The police proceeded to violently handcuff and arrest the man, dragging him off while his wife followed sadly behind him to the police car.

We cannot allow them to use this crisis to take away our essential freedoms and liberties.

But if we allow our freedoms and liberties to be stripped away in the process, we may find that it will be exceedingly difficult to ever get them back.

Unfortunately, the mainstream media is likely to continue to needlessly exaggerate the threat of COVID-19 for the foreseeable future, and that will almost certainly result in more bad decisions from our policy makers.