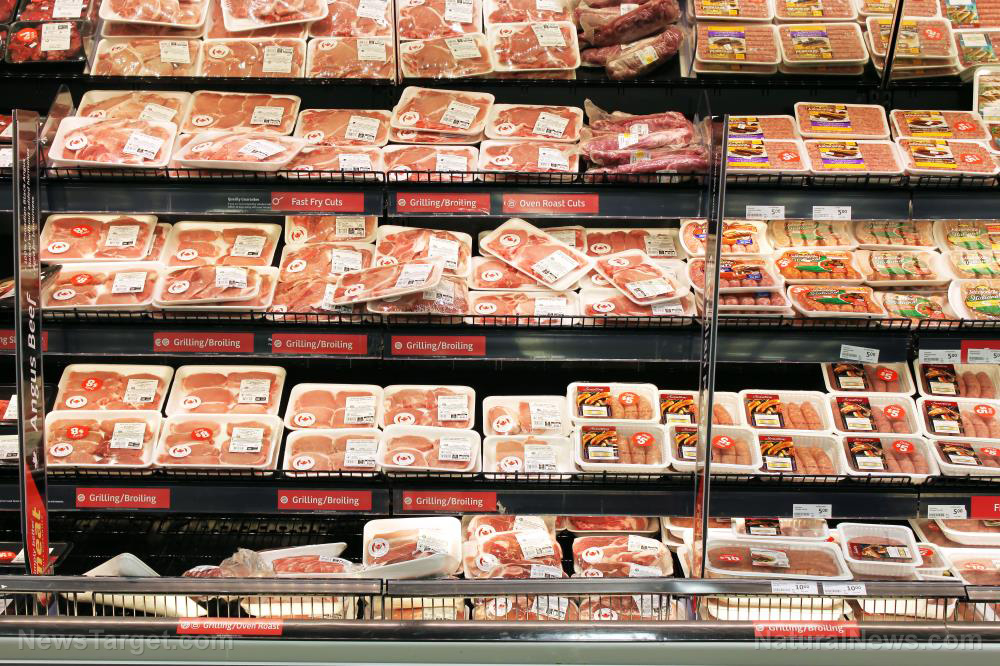 (Natural News) Just as planned, shortages of meat in some areas of the country are driving some desperate consumers to purchase meat alternatives such as “Beyond Meat” instead, even though such products are filled with chemicals, genetically modified organisms (GMOs), and other poisons.

Reports indicate that sales of Beyond Meat products have soared in recent days as customers in certain areas are unable to buy their usual beef or chicken cuts. First-quarter figures show that Beyond Meat exceeded all expectations with a three-cent profit per share, as opposed to the seven-cent loss that was previously anticipated.

This is good news for billionaire eugenicist Bill Gates, who heavily backed the Beyond Meat brand during its early days, along with multi-millionaire actor Leonardo DiCaprio.

While most Americans would never dream of picking up a pack of fake meat loaded with monosodium glutamate (MSG) and artificial “plants,” some now have no other choice unless they want to go full-on vegetarian or vegan, at least until real meat comes back.

“The company grew sales to $97.1 million, a 141 percent improvement over the year,” Breitbart News reports. “Analysts had forecast $88.8 million in sales.”

Listen below to The Health Ranger Report as Mike Adams, the Health Ranger, talks about President Trump’s recent declaration that meat processing plants are a critical part of the national security infrastructure:

How is Beyond Meat doing so well when so many restaurants are now closed?

These astronomical revenue figures for Beyond Meat are even more perplexing when considering the fact that most restaurants in America have been closed for the past several months, with only a select few still offering curbside takeout and delivery.

Roughly half of Beyond Meat’s sales in 2019 were to restaurants and food services, meaning its sales should have decreased in 2020, not increased. But reports say that supermarket shoppers are the culprits, as they are apparently buying up Beyond Meat whenever real meat is not available.

“Retail sales – people buying Beyond Meat to cook at home – jumped from $40 million at the end of 2019 to $50 million, offsetting much of that weakness,” Breitbart adds. “That is a 157 percent gain over last year’s start.”

At the same time, pictures were circulating of empty meat shelves next to full Beyond Meat and other fake meat shelves, suggesting that consumers have not been turning to artificial meat alternatives. The only possible explanation is that Beyond Meat sales were so low before that even the slightest increase, not necessarily noticeable at the grocery store, was enough to send the sales numbers soaring.

For all of the claims about being healthier than real meat, Beyond Meat is still just another vegan “junk food,” it is important to note. Its “plant-based” ingredients are heavily processed with lots of heat, cold, and pressure, which is what gives it a meat-like texture. It is a lab creation, in other words, not a nature creation.

Another interesting tidbit is that 93 percent of people who were purchasing Beyond Meat prior to the Wuhan coronavirus (COVID-19) pandemic were also purchasing real meat at the very same time, suggesting that most are simply curious about the product if they have not yet tried it.

“Beyond Meat is just more of that Green New Deal, ‘save the planet’ nonsense,” wrote one Breitbart News commenters. “Just look at the ingredient list to see how much [junk] it takes to make mystery meat. They think if they can brainwash us into thinking meat is bad, they’ll be trying to reduce herds and flocks, etc. It’s all part of their agenda.”

Meat in the News