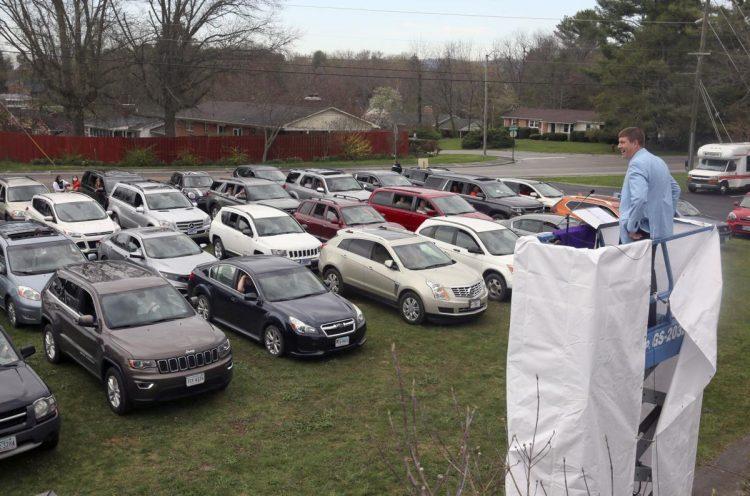 MASSENA, N.Y. — The Rutherford Institute has warned that it will consider filing a First Amendment lawsuit if police continue to threaten a New York church with prosecution and $1000 fines for holding drive-in worship services that adhere to social distancing guidelines. In a legal letter to the Chief of Police for the Town of Massena, NY, Rutherford Institute attorneys point out that while federal and state governments have adopted specific restrictive measures in an effort to decelerate the spread of the COVID-19 virus, the current public health situation has not resulted in the suspension of fundamental constitutional rights such as religious freedom, freedom of speech and the right of assembly.

“While we appreciate the dedication and personal sacrifices of so many emergency personnel who are working to combat the spread of this virus, that does not justify allowing government officials to needlessly and heedlessly trample all over the First Amendment,” said constitutional attorney John W. Whitehead, president of The Rutherford Institute and author of Battlefield America: The War on the American People

. “Certainly, if government officials have determined that it is safe to gather in convenience stores, beverage stores, hardware stores, and drive-thru restaurant takeout lines while adhering to social distancing guidelines, there is no reason to single out church drive-in services, where worshippers remain in their cars, from the list of approved activities.”

After Governor Cuomo issued his New York State on PAUSE executive order in March 2020, which imposed a ban on all gatherings and limited activities not considered essential, Pastor Samson Ryman of Central Bible Baptist Church, explored possibilities for continuing worship services for the Church, which is located in upstate New York and has a membership of about 40 congregants.

Initially, the pastor proposed holding outdoor, open-air services, but was told by the Massena Police Department that this was not allowed under Governor Cuomo’s current orders regarding COVID-19 virus restrictions.

Pastor Ryman then formulated a plan to hold drive-in services in which attendees would drive to Central Bible Baptist Church, park in the parking lot on the east side of the church, and remain in their vehicles and with their windows up at all times.

The pastor would conduct the service from a porch attached to the Church and adjacent to the parking lot, using a low-power FM transmitter that attendees could tune into with a radio.

At all times during the worship service, Pastor Ryman would remain well over six feet from other church attendees.

On May 3, the Church held a drive-in service that was attended by about 23 persons in about 18 vehicles.

The following day, police issued an informal cease-and-desist order to Pastor Ryman, warning him that he would be subject to prosecution for holding any further drive-in services and could face a fine of up to $1000.

In coming to the defense of Pastor Ryman and Central Bible Baptist Church, The Rutherford Institute informed the police department that its ban on drive-in worship services are grounded in a misunderstanding of the law and a misapplication of the Governor’s Executive Orders, which severely chills the Church’s exercise of the fundamental right to practice their religion.

Institute attorneys also pointed out that such a ban is an overbroad restriction on First Amendment rights as long as other similar drive-in activities are allowed.

The Rutherford Institute, a nonprofit civil liberties organization, defends individuals whose constitutional rights have been violated and educates the public about threats to their freedoms.

The Rutherford Institute’s letter to the Massena Police Department