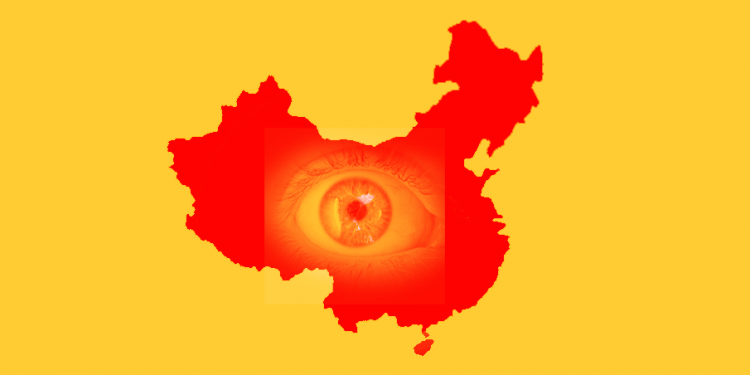 The FBI said on Thursday that a Chinese-born former employee of the Cleveland Clinic was arrested on fraud charges related to US$3.6 million in federal grants.  The arrest was a move to stop China from their flagrant theft of American scientific advances.

#BREAKING: A former Cleveland Clinic employee was arrested and is being charged with false claims and wire fraud related to more than $3.6 million in grant funding that he and his research group received from the National Institutes of Health. https://t.co/AkTgv22Qyk pic.twitter.com/oeZBHF9DAj

This kind of theft resembles the Clinton administration’s aid in selling American tech to China, which was not only criminal, but has gone unpunished for decades.

A former Cleveland Clinic employee was arrested Wednesday, May 13, 2020, without incident by law enforcement. Dr. Qing Wang is being charged with false claims and wire fraud related to more than $3.6 million in grant funding that Dr. Wang and his research group at the Cleveland Clinic Foundation (CCF) received from the National Institutes of Health (NIH).

Agents from the Federal Bureau of Investigation, along with the United States Department of Health and Human Services, Office of Inspector General, conducted law enforcement activity at Dr. Qing Wang’s residence in Shaker Heights, Ohio. Dr. Wang was placed into custody at approximately 12:30 p.m.

“As this case demonstrates, Chinese government-supported talent plans continue to encourage people, regardless of nationality, to commit crimes, such as fraud to obtain U.S. taxpayer-funded research,” said Robert R. Wells, acting assistant director of the FBI’s Counterintelligence Division. “The FBI and our partners will continue to rigorously investigate these illegal activities to protect our government, educational, and research institutions.”

“This is not a case of simple omission,” said FBI Cleveland Special Agent in Charge Eric B. Smith. “Dr. Wang deliberately failed to disclose his Chinese grants and foreign positions and even engaged in a pervasive pattern of fraud to avoid criminal culpability. The collective efforts of the FBI, HHS-OIG, and Cleveland Clinic officials demonstrate our commitment to hold those like Dr. Wang accountable.”

“As alleged in the complaint, this defendant misled the National Institutes of Health about support he received and research he conducted in the People’s Republic of China,” said U.S. Attorney Justin Herdman of the Northern District of Ohio. “Federal law enforcement remains vigilant to fraudulent claims for grant support from any researcher who fails to disclose support from foreign governments and competing research interests in other countries. We appreciate the cooperation of this defendant’s former employer, the Cleveland Clinic, in the investigation and highlight the important partnerships between federal agencies, law enforcement, and the private sector demonstrated in this case.”

According to the criminal complaint, Dr. Wang knowingly failed to disclose to NIH that he held an affiliation and the position of dean of the College of Life Sciences and Technology at the Huazhong University of Science and Technology (HUST) and received multiple grants from the National Natural Science Foundation of China (CNSF) for some of the same scientific research funded by the NIH grant. As a result, Dr. Wang’s false representations and promises led NIH to approve and fund grants to Dr. Wang and his research group at CCF.

It is also alleged Dr. Wang participated in the Thousand Talents Program, a program established by the Chinese government to recruit individuals with access to or knowledge of foreign technology and intellectual property. As a result of his admission into the TTP, China provided $3 million in research support to enhance the facilities and operations at the Key Lab at HUST. Dr. Wang received free travel and lodging for his trips to China, to include a three-bedroom apartment on campus for his personal use. This also occurred at the time Dr. Wang was receiving NIH grant funds yet failed to disclose this affiliation to the NIH.

This case was investigated by the Cleveland Division of the FBI, the United States Department of Health and Human Services, Office of Inspector General, with assistance from Cleveland Clinic officials. The case is being prosecuted by the United States Attorney’s Office, Northern District of Ohio.

A charge is not evidence of guilt. A defendant is entitled to a fair trial in which it will be the government’s burden to prove guilt beyond a reasonable doubt.

On May 12, the FBI arrested 63-year-old Simon Saw-Teong Ang, a Chinese engineering professor who has taught at the University of Arkansas-Fayetteville since 1988, and who was also a recipient of a grant from NASA. He is charged with failing to reveal that he “had close ties with the Chinese government and Chinese companies,” which he was required to do in order to receive NASA grant money. These “false representations,” the FBI charged, “resulted in numerous wires to be sent and received that facilitated Ang’s scheme to defraud.”

Ang was also a scholar in China’s Thousand Talents program. While the FBI claims that isn’t a crime in itself, the FBI website states that its investigations

“have revealed that the participants are often incentivized to transfer to China the research they conduct in the United States, as well as other proprietary information to which they can gain access, and remain a significant threat to the United States. In some cases, this has resulted in violations of U.S. laws, including economic espionage, theft of trade secrets and grant fraud.”

US investigators say China and its citizens and operatives have long made extensive and aggressive efforts to steal unclassified American technology, ranging from military materiel to medical research, but US agencies only launched a broad effort to stop alleged Chinese espionage in the United States in 2018.

Prosecutors said Dr. Qing Wang accepted grants from the National Institutes of Health without disclosing that he was serving at same time as dean of the College of Life Sciences and Technology at the Huazhong University of Science and Technology. That was a violation of the terms of the grants, they said.