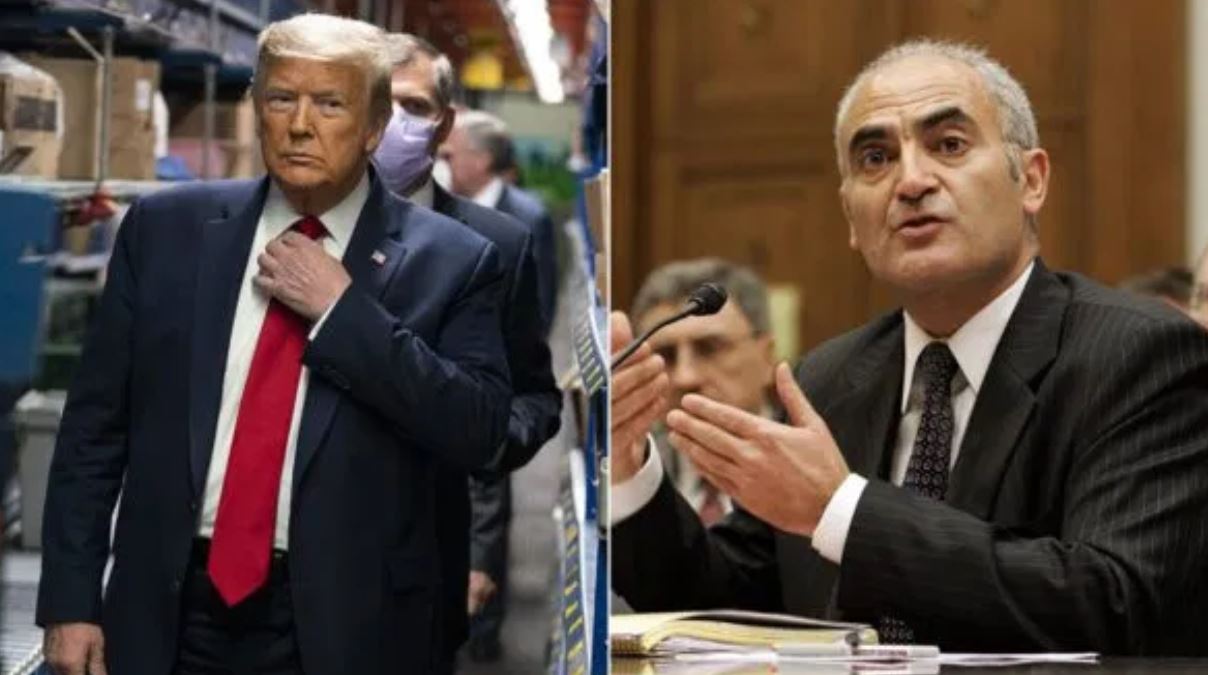 According to the Trump administration, the Operation Warp Speed program is focusing on four vaccines, with the hopes of testing and producing 100 million doses by October 2020, 200 million by December, and 300 million doses by January. At Friday’s press conference, Slaoui said he believes the goal of vaccines by January 2021 is a “credible goal”. Secretary of Defense Mark Esper was more adamant, stating that, “winning matters and we will deliver, by the end of this year, a vaccine”.

Operation Warp Speed and the calls for public-private partnerships mimic the National Institutes of Health’s recent call for bringing together pharmaceutical companies to develop a vaccine for COVID-19. The NIH plan, Accelerating COVID-19 Therapeutic Interventions and Vaccines (ACTIV) partnership, emphasizes “a collaborative framework for prioritizing vaccine and drug candidates, streamlining clinical trials, coordinating regulatory processes and/or leveraging assets among all partners to rapidly respond to the COVID-19 and future pandemics.”

The appointment of Slaoui follows previous statements regarding Trump’s desire to have vaccines available to Americans by the fall. “I think we’re going to have a vaccine by the end of the year, and I think distribution will take place almost simultaneously because we’ve geared up the military,” Trump said Thursday afternoon. Trump also told the Fox Business Network that because of the “massive job to give this vaccine” the military is now being mobilized. “We’re going to be able to give it to a lot of people very, very rapidly,” Trump concluded.

At Friday’s press conference Trump said his team has been working 24 hours a day to develop treatments for COVID-19. Despite the heavy focus on vaccines, Trump did state that his administration is working on other treatments, including “therapeutics”. “It’s not solely vaccine based, other things have never had a vaccine and they go away. I don’t people to think this is all dependent on a vaccine, but it would be tremendous,” Trump stated.

However, the appointment of Dr. Slaoui is an indication that the Trump administration approves of the former executive’s efforts to develop vaccines and his partnership with the Bill and Melinda Gates Foundation.

Moncef Slaoui and the Bill and Melinda Gates Foundation

An examination of the career and connections of Dr. Moncef Slaoui reveals that Donald Trump’s appointment of a Big Pharma executive is not a cause for celebration, but rather, another piece of the incestuous web connecting Bill and Melinda Gates and the Medical Mafia.

Dr. Slaoui was a Professor of Immunology at the University of Mons, Belgium. He has authored more than 100 scientific papers and presentations. Dr. Slaoui earned a Ph.D. in Molecular Biology and Immunology from the University Libre de Bruxelles, Belgium and completed postdoctoral studies at Harvard Medical School and Tufts University School of Medicine, Boston.

Following his education, Slaoui joined the pharmaceutical industry, serving on the board of Directors of GlaxoSmithKline between 2006 through 2015. Slaoui served in several senior research & development (R&D) roles with GlaxoSmithKline during his time with the company, including Chairman of Global Vaccines. GSK has a history of working with the Bill and Melinda Gates Foundation on projects such as the development of a malaria vaccine and anti-HIV compounds used as microbicides. In fact, Dr. Slaoui worked for 27 years on the malaria vaccine, ultimately partnering with the Bill and Melinda Gates Foundation to develop a $600 million malaria vaccine. When Slaoui took over at GSK, his predecessor, Tachi Yamada, joined the Bill and Melinda Gates Foundation.

More recently, Slaoui sits on the boards of pharmaceutical companies and biotechnology organizations. He is also partner at MediciX investment firm, chairman of the board at Galvani Bioelectronics, chairman of the board at SutroVax and sits on the boards of Artisan Biosciences, Human Vaccines Project and Moderna Therapeutics. Each of these companies is involved in vaccine development and the emerging field of bioelectronics.

Galvani Bioelectronics was formed out of an agreement with Verily Life Sciences LLC (formerly Google Life Sciences), an Alphabet company, and GSK. The goal is to “enable the research, development and commercialisation of bioelectronic medicines.”

Bioelectronic medicine is a relatively new research field focused on tackling chronic diseases by using “miniaturised, implantable devices that can modify electrical signals that pass along nerves in the body, including irregular or altered impulses that occur in many illnesses”. GSK has been active in this field since 2012 and has stated that chronic conditions such as arthritis, diabetes and asthma could potentially be treated using these devices. GSK called the partnership an important step in their research of bioelectronics. GSK stated that if they are successful at using “advances in biology and technology” to “correct the irregular patterns found in disease states, using miniaturised devices attached to individual nerves”, this method would be a “new therapeutic modality alongside traditional medicines and vaccines.”

Galvani’s plan to use miniature implantable devices within the body was described by MIT Technology Review as “hacking the nervous system.” In 2016, Slaoui said, “We hope to have approval and be in the marketplace in the next seven to 10 years. It’s not science fiction. And it’s progressing quite well.”

“The Coalition for Epidemic Preparedness Innovations (CEPI) announced that it would fund three separate programs in order to promote the development of a vaccine for the new coronavirus responsible for the current outbreak.

CEPI — which describes itself as “a partnership of public, private, philanthropic and civil organizations that will finance and co-ordinate the development of vaccines against high priority public health threats” — was founded in 2017 by the governments of Norway and India along with the World Economic Forum and the Bill and Melinda Gates Foundation. Its massive funding and close connections to public, private and non-profit organizations have positioned it to be able to finance the rapid creation of vaccines and widely distribute them.

CEPI’s recent announcement revealed that it would fund two pharmaceutical companies — Inovio Pharmaceuticals and Moderna Inc. — as well as Australia’s University of Queensland, which became a partner of CEPI early last year. Notably, the two pharmaceutical companies chosen have close ties to and/or strategic partnerships with DARPA and are developing vaccines that controversially involve genetic material and/or gene editing. The University of Queensland also has ties to DARPA, but those ties are not related to the university’s biotechnology research, but instead engineering and missile development.”

Webb goes on to detail how Moderna is working with the U.S. NIH to develop a vaccine for the new coronavirus and how the project will be entirely funded by CEPI, which in turn was founded and funded by the Bill and Melinda Gates Foundation. Moderna’s vaccine is a controversial messenger RNA (mRNA) vaccine which was developed with a $25 million grant from the Defense Advanced Research Project Agency (DARPA).

“Moderna’s past and ongoing research efforts have included developing mRNA vaccines tailored to an individual’s unique DNA as well as an unsuccessful effort to create a mRNA vaccine for the Zika Virus, which was funded by the U.S. government,” Webb reported.

To recap: Donald Trump has appointed Dr. Moncef Slaoui to head Operation Warp Speed, his effort to fast track the development of COVID-19 vaccines and other therapeutics. Slaoui has worked in the pharmaceutical industry on vaccine development for decades. Several companies he has worked with or sits on the Board of Directors are funded in part by the Bill and Melinda Gates Foundation. One of these companies, Moderna, is conducting research on RNA vaccines in partnership with the U.S. government’s creepiest organization, DARPA.

Once again, this should be an indication that Donald Trump is continuing to push the agenda of Big Pharma.

Will the vaccine be mandatory?

Despite the launch of Operation Warp Speed, the appointment of a Big Pharma Executive, and the calls for military involvement in distribution of vaccines, some Trump supporters still maintain that Donald J. Trump is not a part of the Rockefeller-Gates agenda to vaccinate the entire world. However, Trump’s action tell another story.

Although Trump questioned the safety of vaccinations as far back as 2014, since becoming President he has toed the party line. In April 2019, while questioned about alleged outbreaks of measles and whether or not he supports Americans’ right to opt out of the MMR vaccine, Trump stated that Americans “have to get the shots. The vaccinations are so important.” Trump concluded with the support of mandatory vaccinations: “This is really going around now. They have to get their shots.”

We do acknowledge that Donald Trump has made several statements – including during Friday’s press conference – indicating that he is not currently planning to call for mandatory vaccinations of all Americans. However, rather than hanging on the words of the president as if they are gospel, we should judge the man by his actions. When looking at Trump’s actual actions – not his tweets – it’s clear that he has not drained the swamp, but has instead, filled it with familiar Deep State bureaucrats pushing an agenda of their own. The individuals involved in this agenda do not have the best interests of Americans in mind.