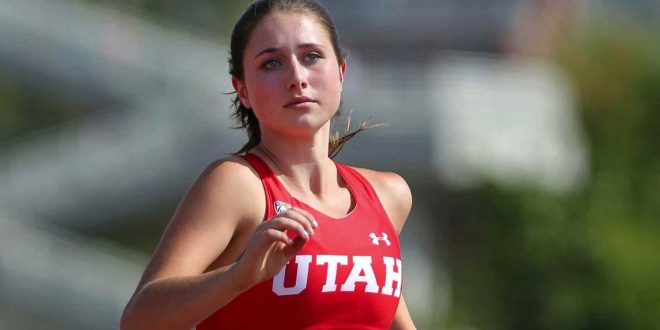 Salt Lake City, UT — An aspiring young college student in salt Lake City was murdered in 2018 after a system that ostensibly protects her — chose to ignore her instead. Lauren McCluskey was murdered by a deranged stalker despite multiple calls to 911 to report him. Now, a year and a half later, we are finding out that one of the officers involved in ignoring McCluskey’s pleas for help, kept explicit photos of her on his cellphone and bragged about them to his coworkers.

According to a scathing report in the Salt Lake Tribune, when Miguel Deras, one of the officers assigned to her case, received them, he saved the photos on his personal phone. And days before McCluskey was killed by the man who was blackmailing her, Deras showed off at least one of the images to a male co-worker and bragged about getting to look at them whenever he wanted, according to two fellow officers.

The university has only now confirmed that display occurred — a year and a half after McCluskey first brought her concerns to the department — as part of a continued push by The Salt Lake Tribune to obtain public records on how the case was handled. The U. spoke to the officer who was shown the pictures by Deras and verified the action with him. The Tribune also substantiated it with another officer, who overheard Deras talking to that co-worker.

Neither officer reported the incident at the time, and Deras was never disciplined for it.

In fact, the university says it didn’t know about the inappropriate behavior and abuse of evidence until after Deras left the department in September 2019, though it occurred before McCluskey’s murder on Oct. 22, 2018. The only reason officials looked into it, said U. police Lt. Jason Hinojosa, was because The Tribune’s records request first brought it to their attention.

“He was long gone before we had any inkling that that incident with the photo being shown had occurred,” the university said.

Deras left the university police department in September and began working for Logan City Police, who made a statement Sunday on the subject.

“We are very concerned about this allegation and are starting our own internal investigation to determine the facts,” the statement read in part. “At the end of the investigation we will take whatever action is appropriate based on the facts we discover.”

Keeping nude photos on your phone while bragging about them to your coworkers just days before the victim is murdered is a crime that does not deserve to go unpunished. It not only further victimized McCluskey and her family, and showed just how unconcerned the police were with her case, but it will undoubtedly lead to other victims fear of coming forward. Deras does not need to be a cop any longer and needs to be criminally charged.

As TFTP reported at the time, McCluskey, 21, met 37-year-old Melvin Rowland in a campus bar in September of 2018 and dated him for about a month. McCluskey called off the relationship after finding out that Rowland had lied to her about his age and learning that he had a criminal past.

Rowland was a convicted sex offender who would go on to clearly violate his terms of release by stalking and even extorting McCluskey but police chose not to act. Instead, they continuously passed the buck.

Again, McCluskey chose to call 911 to reach the Salt Lake City Police Department on Octorber 19 after she’d been dealing with the University of Utah campus police unsuccessfully for days.

“I’m worried because I’ve been working with the campus police at the U, and last Saturday I reported and I haven’t gotten an update,” she told Salt Lake City Police dispatch.

“They haven’t updated or done anything,” she added, according to the 911 transcripts.

After ending their relationship on October 9, McCluskey tried for nearly two weeks to get the police to help her. She informed both the campus police and the SLC police — on multiple occasions — that she was being harassed by a convicted sex offender as well as being extorted.

McCluskey told police that Rowland forced her to pay him $1,000 or he would release compromising photos of her. This activity was ignored.

“I’ve contacted them already, I just wanted to talk to you as well,” McCluskey said. “Yeah, I was just concerned because I wasn’t sure how long they were gonna take.”

Sadly, they would never act, and on Oct 22, McCluskey was murdered by Rowland. Her multiple 911 calls to police fell on deaf ears and her entirely preventable murder allowed to happen thanks to incredible police incompetence. Now, it appears it was not only incompetence, but criminal theft of evidence as the officers seemed more concerned with looking at her explicit photos than helping her.

An independent review of her case would later have her parents in disagreement with police and exposes the severe flaws in the system. But of course, the university is claiming that it was no one’s fault.

“The review team’s report identified gaps in training, awareness and enforcement of certain policies rather than lapses in individual performance,” the university said.

“No UUPS patrol officers interviewed were familiar with the process for obtaining online ‘Corrections Custody Information,’ in addition to general criminal background information,” the report read.

This is in spite of the fact that police officers routinely pull up criminal records of individuals during traffic stops. In fact, a simple Google search of Rowland shows his criminal past and we can easily see how he’s spent 10 years in prison for rape and enticing a minor.

“You can Google him, and his sexual offender registry status comes up,” said Greg Rogers, a retired FBI agent who was not involved with the review. “I don’t understand how his parole status didn’t come up on a criminal search.”

According to KUTV, the review said a dispatcher “ran a criminal history check on Rowland using his driver’s license information.” That should have provided an alert of his parole status but did not because the system had a number for an old identity card, not his license, according to the Utah Department of Public Safety.

Despite the independent review finding no fault on either of the departments’ behalves, Jill and Matthew McCluskey, Lauren’s parents, disagree.

“We respectfully disagree with the conclusion that Lauren’s murder could not have been prevented,” the parents wrote. “There were numerous opportunities to protect her during the almost two weeks between the time when our daughter began expressing repeated, elevating and persistent concerns about her situation and the time of her murder.”

Now, a year and half after their daughter was murdered, they are finding out that cops were more interested in looking at their nude daughter than providing her with help. With policing like this, it’s no wonder the rapes and murders go increasingly unsolved.