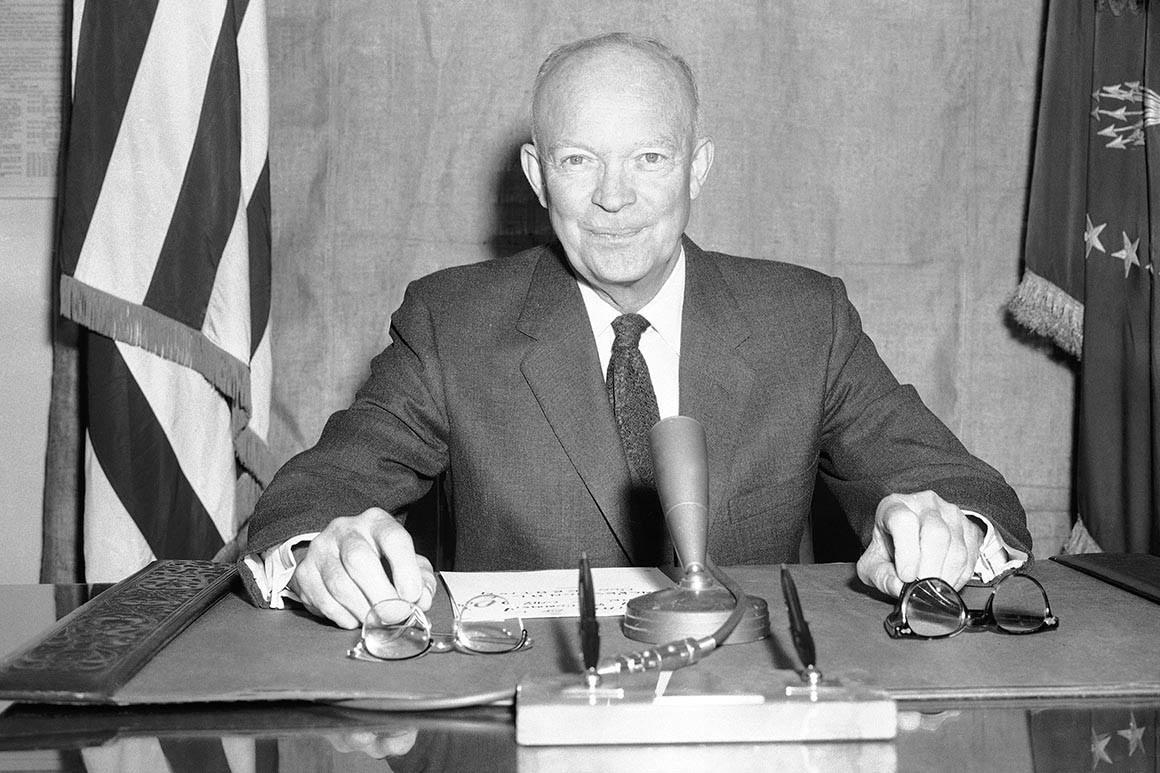 Dwight D Eisenhower was the first president who had to deal with illegal immigration.  A study in Texas found that in areas where there were lots of illegals, the pay was half of what fruit and vegetable pickers received in the rest of the state.  He knew that as long as they were willing to take less money farmers would continue to use them in greater numbers.  Since he was the president of the United States and not Mexico, he took firm and immediate action.

The first thing he did was to seal the border.  It is interesting to note he was able to do it with only 1,075 border patrol agents.  That’s less than 10% of what we have today.  I realize that technology has evolved, but it evolved for both sides.  The operation is still well known for it’s efficiency throughout the Border Control agency.

Now, he had to face the 3 million illegals that were in the country.  Never was amnesty a possibility.  No one felt white guilt and no one accused Eisenhower of being a racist and even if they would have, Eisenhower wouldn’t care.  He fought and defeated nazis once and he knew he could do it again.  .  Eisenhower saw only one solution.  Send them back to Mexico and other countries.  Eisenhower was also aware that farmers making huge profits by using illegal labor had the kind of money to buy politicians (Comcast, Microsoft and Google?)  They were loathe to give up their profits.  Eisenhower did not pander to the farmers for huge campaign contributions:

Ike appointed a former West Point classmate and soldier, Joseph “Jumping Joe” Swing to head the INS.  Lyndon Johnson and Pat McCarran, democrat senators were for open borders and they had allies in strategic offices in the INS.  Swing lived up to his name and jumped right out of the chute and he transferred all of Johnson’s cronies away from the border and into jobs where they couldn’t influence policy.

Then in June of 1954, the INS began project “Operation Wetback.”  In the first two months of the project, they gathered up 50,000 illegal immigrants during raids on farms known to use illegals.  And that was only in Arizona and California.  And better yet, it is estimated that 488,000 illegals fearing arrest left the country.  They then expanded the operation and by September 80,000 illegals were arrested in Texas and another 500,000 fled the country.  Problem solved.

And Eisenhower didn’t drop them off at the border.  He sent them 500 miles south of the US Mexican border.  They were sent on ships that made the trip miserable and discouraged illegals returning to the United States.

Today, the liberal narrative is that it’s impossible to send all of the illegals home.  They are wrong.  In fact, it’s so simple I am surprised no one has suggested it before.  If a landlord rents an apartment to illegal aliens or if employers hire illegals and are caught they are fined.  DO AWAY WITH THE FINES.  They don’t work and the consumer ends up paying the fines anyway.

Let’s do this.  If a landlord rents an apartment or an employer hires an illegal alien, instead of fines let them serve one year in prison….per illegal.  Also, you need to remove judicial discretion.  The sentence must be mandatory.

How many would have to be sentenced before all employers decide it’s not worth it to do business with illegal aliens?  My guess is very few.  While you are working on that, make sure that illegals are not receiving welfare, Social Security, HEAP, HUD, Food stamps and Obamaphones.  Without jobs, a place to live or government freebies, there would be no sense in staying.

There is just one step left.  No appeals of deportation.  If you are illegal, you leave.  If you feel you deserve to be here, you can always go to the US embassy in your home country and apply like the law abiding do.

That is a real immigration fix and a permanent one too.