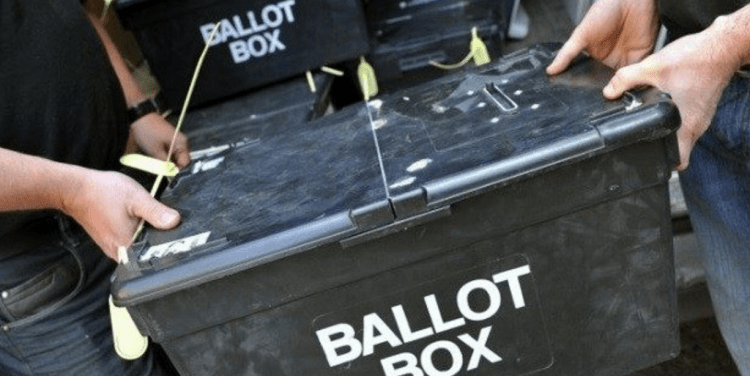 Another reason to oppose voter fraud by mail.

Voter fraud is real and it must be stopped. The Democrats know that they can’t defeat President Trump fairly so they will cheat. Mail-in-voting guarantees that the Democrats will try to steal the presidential election from President Trump in November.

We cannot afford to create more opportunities for fraud.

Go to https://t.co/tidEkbV9KS to help us fight back!

The media argues @realDonaldTrump has “no evidence” of mail-in ballot problems.

Look what just happened in SC, where Dems sued to force a rushed transition to mail with no safeguards.

Their ballots magically appeared in Baltimore. How secure!https://t.co/DaCfteP97Y

A former Judge of Elections in Philadelphia, Pennsylvania, has been charged and pleaded guilty to illegally adding votes for Democrat candidates in judicial races in 2014, 2015, and 2016.

On Thursday, the Department of Justice (DOJ) announced charges against former Judge of Elections Domenick DeMuro, 73, for stuffing the ballot box for Democrats in exchange for payment by a paid political consultant.

The charges, and guilty plea, include conspiracy to deprive Philadelphia voters of their civil rights by fraudulently stuffing the ballot boxes for specific Democrat candidates in the 2014, 2015, and 2016 primary elections and a violation of the Travel Act.

“The Trump administration’s prosecution of election fraud stands in stark contrast to the total failure of the Obama Justice Department to enforce these laws,” Public Interest Legal Foundation President Christian Adams said in a statement. “Right now, other federal prosecutors are aware of cases of double voting in federal elections as well as noncitizen voting. Attorney General William Barr should prompt those other offices to do their duty and prosecute known election crimes.”

As Judge of Elections, DeMuro was paid to oversee the election process in the 39th Ward, which encompasses Philadelphia.

According to the indictment, the political consultant allegedly solicited payments from Democrat candidates who hired him, classifying them as “consulting fees.” The payments — which ranged from $300 to $5,000 — were then allegedly used to pay Election Board Officials, such as DeMuro, in exchange for those officials illegally adding votes for the consultants’ Democrat candidates.

DeMuro admitted that he illegally added votes for Democrats on Election Day and then certified later that the votes counted were accurate.

“DeMuro fraudulently stuffed the ballot box by literally standing in a voting booth and voting over and over, as fast as he could, while he thought the coast was clear,” U.S. Attorney William McSwain said in a statement. “This is utterly reprehensible conduct. The charges announced today do not erase what he did, but they do ensure that he is held to account for those actions.”

The criminal complaint has been filed in the U.S. District Court for the Eastern District of Pennsylvania. The case number is 2:20-cr-00112-PD.