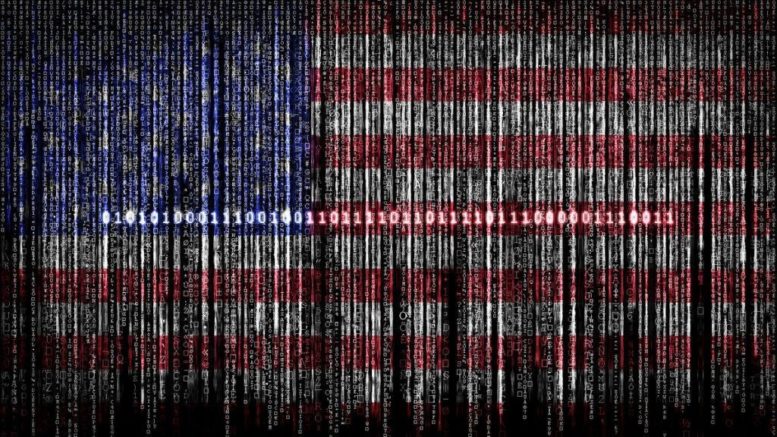 The Trump administration and local police are using cell phone contact tracing to track individuals for their own reasons. Further, beyond the CV pandemic, the Trump administration has created a new national security watchlist that includes Americans who have no connection to terrorism. The new TOC (Transnational Organized Crime) watchlist, was authorized through a classified Attorney General order and launched in 2017, Newsweek reports.

This surveillance database allows the government to track and monitor Americans without a warrant, even when there is no evidence they’re breaking the law. Also, anyone who is considered to be an “authority”  – be it police to state and federal agencies, and even some allied foreign governments – can nominate any single person to the list.

The criteria to be placed on the new watchlist demands that an individual be associated with “transnational” criminal organizations, including front organizations that are actually foreign government entities. Transnational criminal organizations include not just drug cartels, crime syndicates and gangs, but also political groups such as nationalist parties and information activists. Individuals can be watchlisted when they are suspected of corruption, money laundering, computer hacking, stock market manipulation, health care fraud, even wildlife trafficking.

This watchlist sounds a lot like PROMIS’ Main Core database to this author. Especially the reference to tracking political activists and information activists. Of course, this watchlist has been private since the Ronald Reagan era when Oliver North was first asked to create the database of political dissidents by the then-sitting President. Under Trump the TOC lists is public; whether or not it’s connected to PROMIS is pure warranted speculation.

PROMIS was forked into many reported use-cases for the U.S. government, including an intelligence application on board nuclear submarines of the United States and Great Britain, and the use by both the U.S. government and certain allied governments for inventory tracking of nuclear materials and long-range ballistic missiles. But the most bizarre and frightening use was to keep track of dissident Americans under Main Core.

The Main Core database isn’t just a rumor or conspiracy theory, PROMIS software was used by Iran-Contra fall guy then-National Security Council, Lt. Col. Oliver North to create the dissidents list for Rex-84 that would later evolve to Main Core. North used PROMIS software in 1982 in the Department of Justice, and at the White House, to compile a list of American dissidents to invoke if the government ever needed to do so under Ronald Reagan’s Continuity of Government (COG) program as a liaison to FEMA.

In 1993, Wired described North’s use of PROMIS in compiling the Main Core database:

Using PROMIS, sources point out, North could have drawn up lists of anyone ever arrested for a political protest, for example, or anyone who had ever refused to pay their taxes. Compared to PROMIS, Richard Nixon’s enemies list or Sen. Joe McCarthy’s blacklist look downright crude.

This writer wrote extensively on Main Core and PROMIS in an investigation on the cover-up of stolen Inslaw software and murders of journalists Danny Casolaro and Anson NG Yonc, CIA intelligence operative Ian Spiro and NSA employee Alan Standorf. See: “Octopus PROMIS: The Conspiracy Against INSLAW Software, And The Murders To Cover Up A Scandal Bigger Than Watergate.”

Activist Post previously warned about the potential for increased surveillance accepted in a viral article that was also re-run by Zerohedge, titled: “COVID-19 Outbreak Is The Trojan Horse To Increase Smartphone Surveillance.”

In that article, this author argued that the coronavirus outbreak was “proving to be the Trojan horse that justifies increased digital surveillance via our smartphones.”

Now it comes out that the Trump administration previously launched its Transnational Organized Crime (TOC) watchlist in 2017, three years prior to the pandemic. Allowing contact tracing will just enable these other systems already in place to come out of the shadows as more and more people accept surveillance as the “norm.”

NSPM-7 defined the individuals, organizations, groups and networks “assessed to be a threat to the safety, security, or national interests of the United States” to include “cyber threat actors, foreign intelligence threat actors, military threat actors, transnational criminal actors, and weapons proliferators.” However, the administration stated that it envisioned “an expansion … to also include additional threat actor categories, as appropriate.”

TOC authorizes numerous agencies to collect data on private citizens even when there is no evidence of a crime or intent to commit a crime. Therefore, that part about individuals watchlisted when they are suspected of “corruption, money laundering, computer hacking, stock market manipulation, health care fraud, even wildlife trafficking,” is irrelevant. The authority given to the feds circumvents the criminal justice system of due process, equal protection under the law, and freedom of association under the Constitution.

Back to PROMIS briefly; in 2008, Salon ran an article shedding some light, detailing Main Core software and its evolution. Investigative journalist Tim Shorrock reported the alleged disturbing domestic surveillance activities following 9/11 used by the Bush administration to spy on Americans. Which is ironic, as the original non-forked backdoored PROMIS software was used to spy on American and foreign communications prior to 9/11 with Signal Intelligence (SIGINT) technologies implanted by the Israelis and another separate software iteration by the CIA.

Shorrock cited “several former U.S. government officials with extensive knowledge of intelligence operations,” who stated “a vast amount of personal data on Americans, including NSA intercepts of bank and credit card transactions and the results of surveillance efforts by the FBI, the CIA and other agencies” was included in the new and improved code of Main Core software.

This database had as many as 8 million American names in it, according to journalist Chris Ketcham who reported the massive number of U.S. citizens “marked” in 2008. The number of names now in Main Core’s database, according to a former intelligence source, is believed to be in the “high double digit millions, heading for the triple digits millions” spanning across the political spectrum.

The other use of Main Core’s system since its creation under Reagan is using its detailed access into anyone’s life for political blackmail of members of Congress and other influential people, according to a source.

This TOC list likely expands on Main Core, as well as the Obama administration’s signing of NDAA in 2011 allowing indefinite detention of individuals without cause.

The TOC list includes — “Insider threats,” which is relevant to leakers like Chelsea Manning and Edward Snowden, and journalists leaking these secrets like Julian Assange. In fact, last February, FBI Director Wray told the House Judiciary Committee that the Bureau had expanded initiatives “to focus on insider threats partnering with TCO [transnational criminal organization] actors.” This is a statement that is being re-echoed from 2017, when Wray stated a similar comment mentioning TCOs during a House meeting.

While presidents change, the leadership under them inside agencies only sees a shift by the replacing of the heads of the agencies. However, policies and stigmas inside stick with those in the intelligence community. In fact, Trump’s government, U.S. National Counterintelligence and Security Center (NCSC) stressed in its latest report that hacktivists and “public disclosure organizations” like WikiLeaks pose a “significant threat” similar to that of the Islamic State and Al-Qaeda terrorists, as well as Russia, Iran, and China.

Obama’s DHS didn’t hesitate to call those who believe in conspiracy theories potential right-wing terrorists, stating that the following points might make someone a terrorist in a study by the University of Maryland, which was funded in part by the Department of Homeland Security.

Specifically listing Americans who love liberty as terrorists, noting that two subgroups of “right-wing extremism” were identified as “gun rights” and “tax protest,” according to PJ Media.

It’s just a guess, but these are the types of people the government would seek to track without a warrant and that’s a scary thought. According to Newsweek, which details the DOJ’s labeling of TOCs, that assumption may be more than just a frightening speculated conclusion.

The Department of Justice says that the TOC watchlist is “an actor centered database” that eliminates “intermittent and incomplete” surveillance, opening the way for “investigative opportunities” and intelligence collection. In layman’s terms, watchlisting sets off a series of alarms when a person travels, banks, or posts on social media. Watchlisting can prompt government officials to confiscate cellphones and laptops, seeking out passwords, associates and travel patterns. Information collected then becomes part of a dossier of purported wrongdoing that can limit a person’s ability to pass a background check and even test-drive a car. And officials can then use all of what has been collected to justify spying on a person’s emails and phone calls.

The news website discussed the ramifications of the TOC list with a former FBI official, and their response seems to be equally as disturbed as this writer is. “Once you’re on the watchlist, the government has the ability to collect tremendous amounts of information,” retired FBI Supervisory Special Agent Jeff Danik, a 28-year veteran who tracked terrorist activity, said. “This data is a bomb,” Danik adds. “You should have great respect for the damage that it can do.”