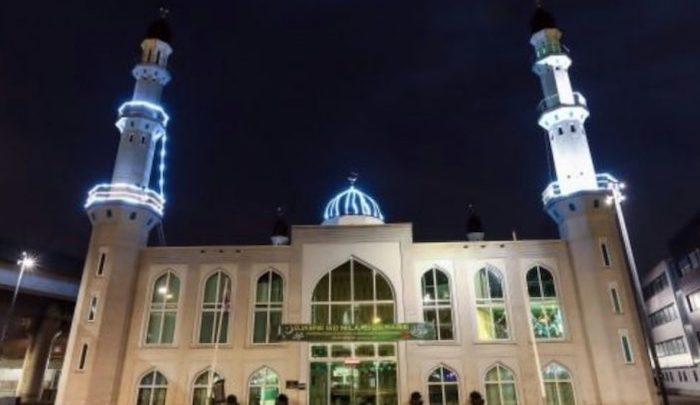 Just so you know who’s in charge now. But note the contrast: the non-Muslims allowed the broadcast of the call to prayer over loudspeakers as a welcoming gesture to Muslims. And this is how they are being repaid.

“The Netherlands: Mosque says ‘get used to it’ to citizens who complain about prayer calls,” by Michael Lord, Voice of Europe, May 19, 2020:

The administrative board of a mosque in Amsterdam has a simple answer to those of their neighbors who are complaining about their calls to prayer being too loud: get used to it.

Residents of the area surrounding the Taibah mosque, which is in Amsterdam’s Zuidoost district near the Kraaiennest metro station, have been complaining that its daily calls to prayer are excessively loud. Islamic law requires that Muslims pray five times per day, and the Taibah mosque has been broadcasting all five daily on its exterior loudspeakers to mark the holy month of Ramadan, which began on April 23.

The mosque’s administrative board confirm that they had installed a new speaker system to broadcast the calls prior to Ramadan. They say that the calls are being sounded five times a day during Ramadan as a result of the ongoing Wuhan coronavirus (COVID-19) lockdown, which makes it impossible for worshippers to come to the mosque for prayers.

“The volume with which this happens is so loud that it can be heard throughout the neighborhood and even in the surrounding areas,” complained one local resident, according to a report by the Amsterdam television station AT5.

While local police confirm that they have received many complaints about the loudness of its calls, the mosque’s administrative board has rejected the accusation that they are excessively loud. They claim that the calls’ volume has already been reduced in response to the complaints, but they are refusing to lower it any further. The board also stressed that the prayer calls are permitted under Dutch law and that their neighbors have no legal basis for their objections.

“The neighborhood has to get used to the sound,” the mosque’s board said in a statement.

The Zuidoost police say they will have talks with the mosque’s administration about the issue….