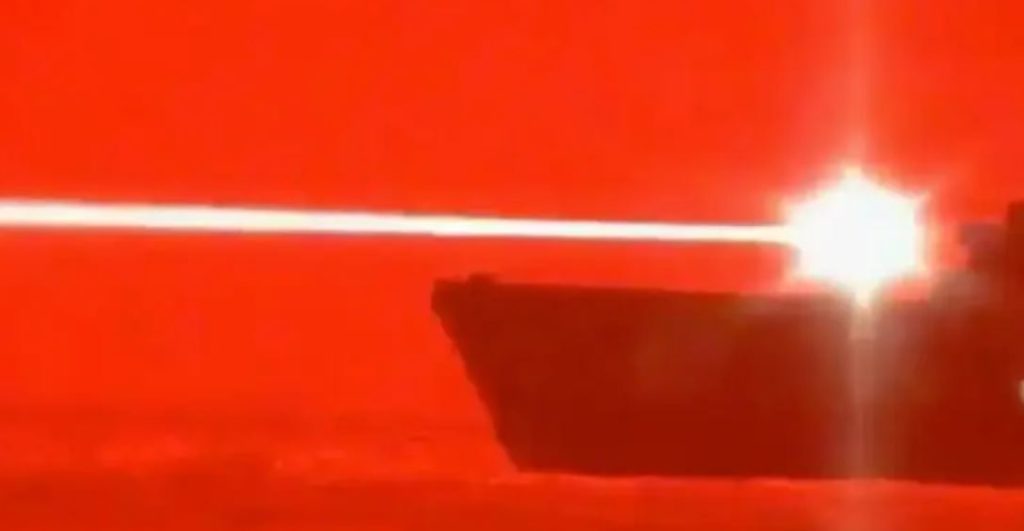 The US Navy has been developing high energy laser weapons for the past several years, and just this week they announced the successful test of their most powerful iteration of this technology to date. On Friday, the Navy’s Pacific Fleet issued a statement announcing that a new laser weapon destroyed a drone during recent live tests.

The press release was accompanied by photos and videos showing the tests where the drone was destroyed.

Few details were given about the test or the specifics of the weapon, aside from the fact that it occurred in the Pacific Ocean on May 16th of this year.

Capt. Karrey Sanders, commanding officer of Portland, the ship where the weapon was fired from, said that the Navy will continue to test the limits and capabilities of this new technology.

“By conducting advanced at sea tests against UAVs and small crafts, we will gain valuable information on the capabilities of the Solid State Laser Weapons System Demonstrator against potential threats. With this new advanced capability, we are redefining war at sea for the Navy. The Navy’s development of DEWs (Direct Energy Weapons) like the LWSD provide immediate warfighter benefits and provide the commander increased decision space and response options,” Sanders said.

Lt. Cale Hughes, a laser weapons system officer explained how the laser system worked in a previous interview with CNN.

It is believed that the weapon used was a 150-kilowatt-class Laser Weapon System Demonstrator (LWSD), which is sold to the US military by the weapon contractor Northrop Grumman. The US Army is said to be working on a laser weapon that is twice as powerful, known as the Indirect Fires Protection Capability-High Energy Laser (IFPC-HEL), which is expected to range up 300 kilowatts and intercept rockets, artillery, and mortars.