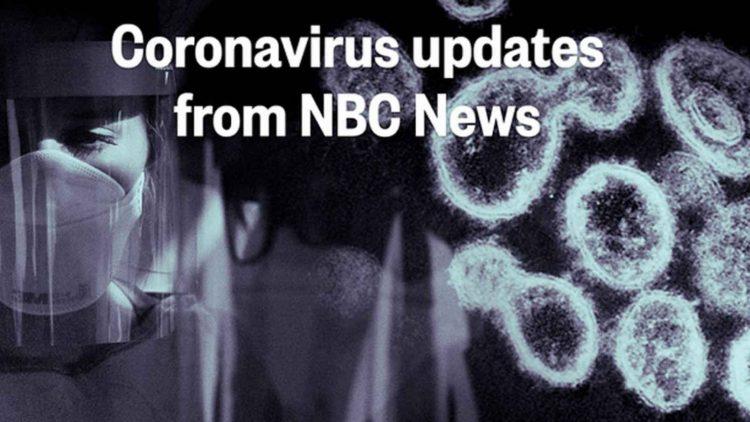 CNN doubled its audience in April, while MSNBC hit its best total-day ratings. Network news programs rose 39% since last year, gaining over 8 million viewers for their best numbers in over a decade. Cable news networks have become the most watched channels on cable and network news has been beating prime time programming. The pandemic is the next best thing to Walter Cronkite rising from the dead.

(That didn’t stop the Tampa Bay Times from getting an SBA loan at the expense of small businesses.)

With 87% of Americans saying that they’re closely following news of the coronavirus pandemic, while many of them are trapped indoors, the media is experiencing an unprecedented boom. And with millions of kids out of school, it’s even begun launching new ventures to exploit the pandemic like NBC News’ coronavirus newscast for kids. It’s a terrible time for Americans, but a great one for the media.

The only thing that could rain on the media’s pandemic parade would be the country reopening.

Right now, the media has the American public right where it wants it, trapped indoors, and closely following whatever combination of reporting, propaganda, and lies it chooses to feed to them.

And the polls show that it’s working.

Most of the country is afraid. A not insignificant percentage of the electorate is convinced that it will die if its cohort leaves the house without a mask, and would like to keep receiving government checks forever. Media hysteria not only trashed the economy, but sold millions on the socialist lifestyle.

After the Russia hoax, a botched impeachment, and more hit pieces than even historians will be able to count, the media is achieving its grand ideological goal of endangering President Trump’s reelection.

All the media had to do was scare the public within an inch of its life into crawling under the bed.

As the warmer weather swept in, social distancing began to collapse, accelerating reopenings in red states, and putting pressure on blue states to step up. Even New York and California have been forced to move up their timetables while struggling with the crowds headed to the beach or socializing in parks.

Every state has now moved toward lifting their lockdowns to one degree or another.

And the people aren’t waiting for the politicians to act. The median distance people have been traveling, based on cell phone data, doubled from half a mile to a mile. The shutdown is being shut down.

Now it’s the media’s turn to be afraid.

The Atlantic condemned Governor Brian Kemp’s decision to reopen Georgia as an “experiment in human sacrifice”. But, Coronavirus cases have dropped 20% since the reopening. So, the media has doubled down on its false claims by spinning conspiracy theories about the Georgia and Florida numbers.

It has since moved on to suggesting a cover-up at the CDC.

In a matter of weeks, the media has gone from urging evidence-based policymaking that follows the numbers, to telling its viewers, listeners, and readers to ignore the numbers because it’s a conspiracy.

They’re out to get you… out of the house. And away from your TV.

CNN has taken the lead in spinning conspiracies about Georgia, Florida, and the CDC, while failing to disclose to its viewers and readers that it has a major vested interest in maintaining the lockdown.

Politicians have wrongly deemed the media to be non-essential. That means that CNN can remain in business while calling for lockdowns of countless small businesses and forced unemployment for millions even as its ratings soar because all the people it put out of work are at home watching TV.

So does the rest of the media. The lockdowns are a form of economic discrimination that structurally benefits the media, freeing it to produce original programming while most television and film production has been shut down. Now the nerds at the news desk are able to beat everything else. All they had to do was make sure that not a single professional sports league was still playing in the USA.

If only they’d thought of that back when they were working on the high school paper.

And yet, at no point in time, has the media bothered explaining this simple fact to its viewers.

The media is resisting any effort to lift the lockdowns because the closure rules don’t apply to it. They never did. CNN was able to keep its staff working even while the pandemic was ravaging New York City. While viewers saw that top anchors were working from home, that was as much of an illusion as Chris Cuomo’s quarantine. The anchors stayed home, but much of the rank and file workforce did not.

Another way of looking at the lockdowns is that they act as media rent-seeking programs, providing a lifeline to a struggling industry by shutting down its rivals and creating a captive audience.

The media wants America to stay closed forever. And if it were up to it, that’s what would happen.

The New York Times, CNN, MSNBC, and the rest of the corrupt media cartel have nothing to gain from the country reopening and everything to lose. And the cartel is corruptly influencing public policy with propaganda, with disinformation, and with conspiracy theories in order to serve its own interests.

The pandemic has been a disaster for America and a huge gift for the media’s fear-based programming.

Americans look out at a country that they no longer recognize. They see a place where the Bill of Rights doesn’t apply, where neighbors and loved ones have been indoctrinated by the media to fear each other, and where the recent economic boom seems like a distant memory. But the media sees a vast captive audience and it has no intention of releasing its #StayAtHome captives without a fight.

Every media article, segment, and story against the lockdown is nothing more than digital slave owners fighting to keep its captive audience on the plantation. The reopenings are a liberation, not only allowing people to go back to work, to school, and to reunite with their loved ones, but freeing millions of people hiding indoors, in thrall to the media’s fear campaign, and releasing them into the light.