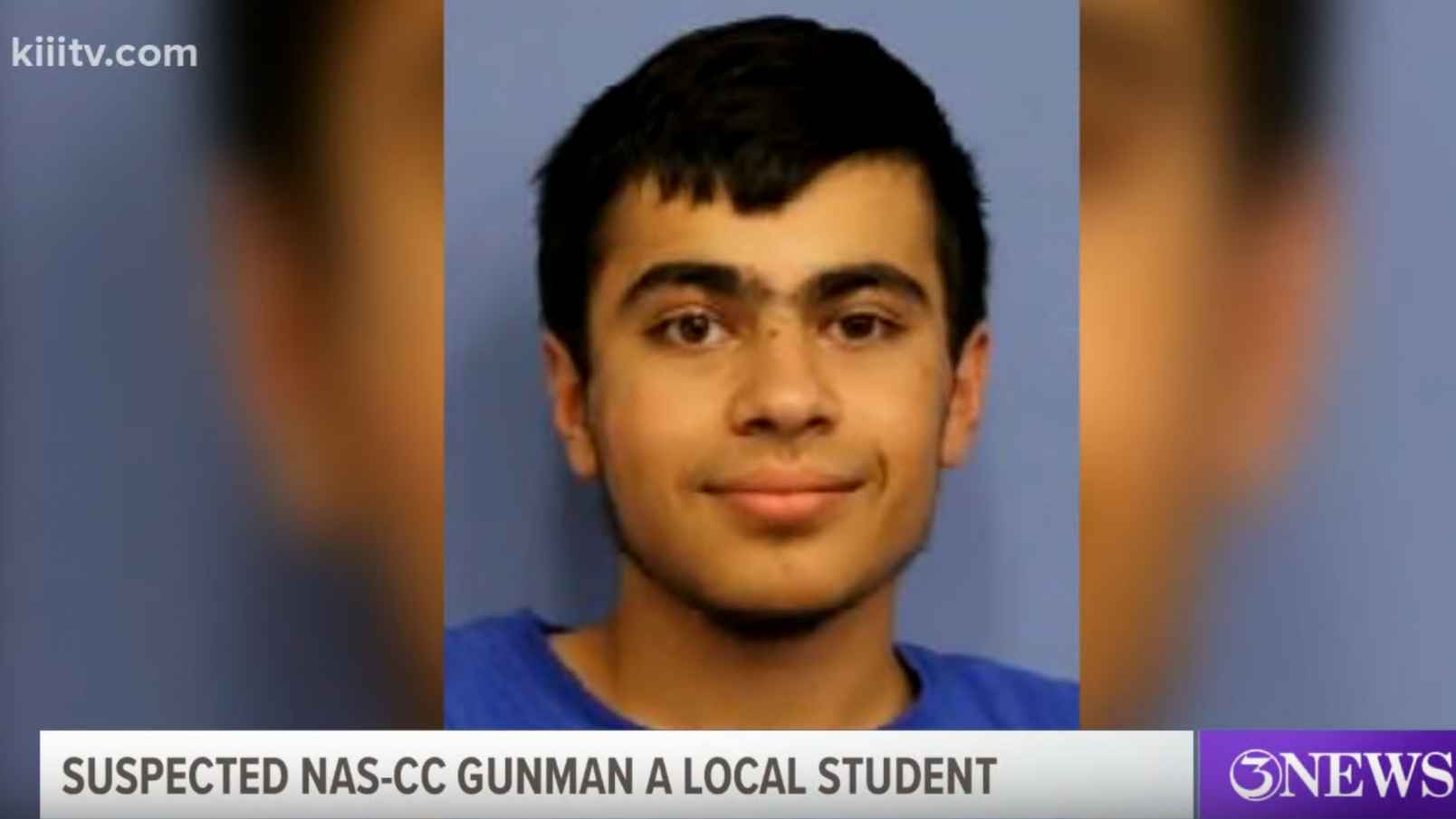 On Thursday, a 20-year-old Muslim migrant from Syria named Adam Salim Alsahli drove up to the Naval Air Station Corpus Christi in Texas and, according to CNN, “attempted to rush the security gate with a vehicle.” Then, after “security deployed a barrier to stop the vehicle,” Alsahli “exited the vehicle and opened fire…and naval security forces returned fire.” Alsahli was “neutralized,” but the threat he represents has not been neutralized at all, because of the refusal of the political and media elites to face it honestly.

Surprisingly in these times when nearly every jihad attack is written off as a manifestation of “mental illness,” the FBI immediately acknowledged that Alsahli’s attack was “terrorism-related.” As it turned out, “officials have identified various social media accounts, which initial reports indicate are likely associated with the shooter….Online postings by these accounts expressed support for ISIS and Al Qaeda in the Arabian Peninsula (AQAP).

What a surprise. And Alsahli’s attack came only three days after the news broke that “the gunman who killed three U.S. sailors at a military base in Florida last year repeatedly communicated with al-Qaida operatives about planning in the months leading up to the attack.” And he didn’t just communicate with them. Attorney General William Barr noted that the Florida shooter, Mohammed Alshamrani, had “significant ties to Al Qaeda and the Arabian Peninsula not only before the attack, but before he even arrived in the United States.” Like Alsahli, Alshamrani attacked a naval air base, the Naval Air Station Pensacola.

In January 2013, Barack Obama announced: “We achieved our central goal … or have come very close to achieving our central goal, which is to de-capacitate al Qaeda, to dismantle them, to make sure that they can’t attack us again.” Yet here it is over seven years later, and al-Qaeda is responsible for not one, but two attacks on naval air stations in the United States in the last six months. Leftists will blame Trump, but that’s even more ridiculous in this case than it usually is, as it was Obama’s policies that have increased America’s vulnerability to jihad attack and made sure that there will be many more like those perpetrated by Alsahli and Alshamrani.

These attacks were made possible by Obama-era policies that are still very much part of the institutional culture of our intelligence and law enforcement agencies, policies that are based on the false propositions that Islam is a religion of peace, and that any attempt to discern whether or not any individual Muslim is a violent jihadist, or sympathetic to the global jihad, is dismissed as “Islamophobia.”

Because of these false assumptions, Alsahli and the Saudi national Alshamrani were able to enter the United States. Because of these wrongheaded ideas, no one would have dared monitor what was being taught in the mosques they attended; to have done so would have been “Islamophobic.” Anyone around either one of them who had the courage to declare publicly that they were suspicious of them would have been courting personal and professional ruin at the hands of groups such as the Hamas-linked Council on American-Islamic Relations (CAIR), which is always on the lookout for incidents of “anti-Muslim bigotry,” no matter how spurious.

Even worse, despite these jihad attacks on American soil, nothing will change. Because of the establishment media’s indefatigable commitment to whitewashing the nature and magnitude of the jihad threat, most Americans won’t even be aware that they happened at all. The TV networks are too busy broadcasting the latest documentary on the threat of “right-wing” violence to cover attacks of this kind.

Consequently, nothing is more certain than that there will be more attacks like the two at these naval air stations. Because nothing is likewise more certain than the fact that anyone who tries to sound the alarm about these events, and to call for measures to ensure that these things don’t happen again, will be smeared, defamed, marginalized, and silenced. So if you’re a betting man (or a betting woman, for those of you reading who are members of the thought police), head to Las Vegas now and place your bets on the certainty of another jihad attack in the U.S. – oh, never mind, Las Vegas is busy committing suicide to destroy Trump. People have so very many things to think about that are far more important than this. Everyone, that is, except for the likes of Adam Alsahli and Mohammed Alshamrani.