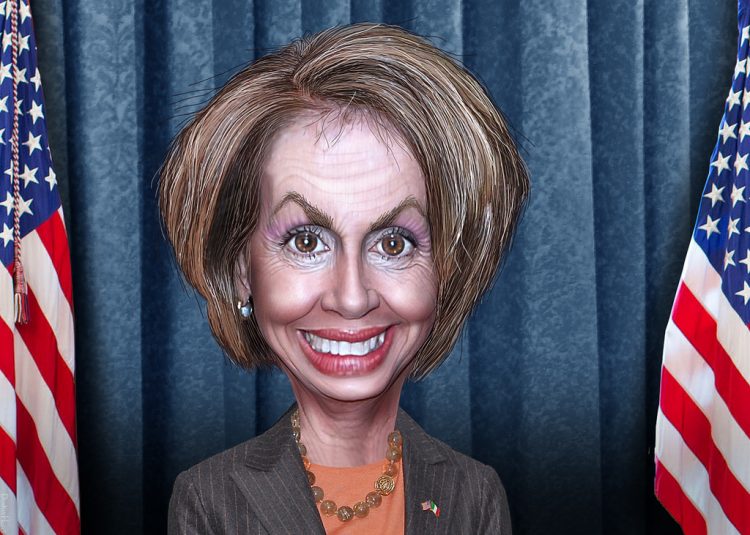 Americans are being constantly and relentlessly bombarded with so much corrupt, criminal, immoral and unconstitutional actions at all levels of government that no one knows where to begin to fight it or how to fight it, especially when everything is being perpetrated under the cover of the plandemic of COVID-19.  This writer certainly doesn’t have the answers and finds the news overwhelming.  But, when one removes oneself from the sensationalism, it becomes clear that all of it is by design.

The powers that be want people overwhelmed, shamed, and confused.  It keeps the people from action – action that is necessary to preserve freedom.  Social distancing, mask-wearing, business closure, and shuttering of church doors, unconstitutionally “mandated” dictatorially under the cover of COVID-19, are all designed to keep the people downtrodden and under some form of control while their freedoms and liberties are subverted.

For the first time in 231 years, House Speaker Nancy Pelosi (D-CA) earned enough House votes, all along party lines, to temporarily change the House voting rules, under the cover of the COVID-19 plandemic, to allow proxy voting, essentially allowing one member of the House to vote for multiple members – up to ten.  This prompted the filing of a lawsuit in federal court by House Minority Leader Kevin McCarthy (R-CA), along with Republicans Liz Cheney (WY) and Steven Scalise (LA) challenging Pelosi’s rule change that “will fundamentally transform the nature of the legislature envisioned by the Founding Fathers”.

The New York Times reports the lawsuit will argue that the rule change, while temporary, will fundamentally transform the nature of the legislature as envisioned by the Founding Fathers. According to Roll Call, Pelosi can extend the 45-day proxy voting period, or shorten it, based on public health information provided by the Sergeant-at-Arms.

After publication, McCarthy posted a statement on Twitter acknowledging the lawsuit and blasting Pelosi’s “voting scheme” as empowering 20 representatives “to control the votes of 220.”

Earlier this month, the House voted along party lines to allow Speaker Pelosi to temporarily change the voting rules, with Pelosi noting that “if some people should stay home because of a health issue — thank you for not sharing. We’d rather you do stay home. And if transportation is difficult in that regard we want their voices to be heard,” according to The Washington Times.

As The Daily Wire previously reported, three Democrats voted against the bill and no Republicans voted for it — although Congressman Francis Rooney (R-FL), who was absent the day of the vote, later expressed support for the move.

Senate Majority Leader Mitch McConnell (R-KY) chastised Democrats for “playing games with the Constitution so they can continue their never-ending spring break well into July”.

Good Ole Mitch McConnell has failed to figure it out.  This unconstitutional move isn’t about extending a “spring break”;  it is about subverting the Constitution to usher in “vote by committee”, removing representation for the majority of Americans by essentially allowing representatives to defer their vote to others.  Moreover, it allows a few in the House to override the majority of individuals physically present to vote.  This would go for both parties.

McConnel continued, saying, “Since the early days of this crisis, the self-described ‘People’s House’ has been suspiciously empty of people.  I understand they’ve convened for legislative session a grand total of two days — two — in the last eight weeks.  But there’s a new wrinkle: House Democrats jammed through a precedent-breaking remote voting scheme that will let one member cast ten additional votes.  There will be enormous constitutional questions around anything the House does if they fail to demonstrate a real quorum but plow ahead anyhow.”

Ya think, Mitch?  Of course, there would be constitutional questions around any legislation passed by the House under this new unconstitutional rule.  The true question is, “who is going to challenge this in a constitutional manner, which is not filing a lawsuit”?

Naturally, House Majority Leader Steny Hoyer (D-MD) is all in on this new rule as a memo he drafted indicated this rule would afford members of the House more flexibility to safely record their votes during the pandemic.

So far, 59 members of the House, all Democrats, have signed on to the new rule, designating a representative authority to vote for them.  Pelosi defended her actions by declaring it passes the constitutional muster according to “expert legal analysis”.

One has to wonder about this “expert legal analysis.

According to The Daily Wire:

In a statement made after the lawsuit was filed, Pelosi accused the House Republicans of engaging in a “sad stunt,” and that the Constitution supported the move she made as falling under the power of each Chamber to enact its own procedural rules.

“House Republicans’ sad stunt shows that their only focus is to delay and obstruct urgently-needed action to meet the needs of American workers and families during the coronavirus crisis,” said Pelosi. “The House’s position that remote voting by proxy during a pandemic is fully consistent with the Constitution is supported by expert legal analyses. Further, the Supreme Court made clear over a century ago that the Constitution empowers each chamber of Congress to set its own procedural rules.”

“As our nation approaches the heartbreaking milestone of 100,000 lives lost to COVID-19, House Republicans must stop their dangerous obstruction and join Democrats to save lives, defeat the virus and grow the economy,” she continued.

Article I, Sections 4 and 5, and Amendment Twenty determine the meeting of Congress.  Article I, Section 5, last paragraph states, “Neither House, during the Session of Congress, shall, without the consent of the other, adjourn for more than three days, nor to any other place than that in which the two Houses shall be sitting.”

If those members of Congress do not show to cast a vote, they are just absent.  There is no provision in the Constitution for proxy voting.  In fact, Article I, Section 5 declares that “a majority of each shall constitute a quorum to do business, ….”  No business can be conducted without a majority present.  If a majority is present without those members who designated a proxy, then those members do not get a vote, period.  While both chambers are allowed to establish rules for their proceedings, it takes an amendment to the Constitution to change the voting process.

According to the Constitution, Pelosi should be expelled (Article I, Section 5, Paragraph 2).

This did not happen during the Spanish Influenza Pandemic in 1918, the Civil War, or the capitol burning by the British in 1812, the Yellow Fever Pandemic, or the threat on Washington, DC during 9/11.  Why now?  It is to allow business to be conducted with less than a majority present and create a precedent for “voting by committee”.  And, with the sheeple being consumed with COVID-19 hoax plandemic fear, they won’t bat an eyelash at the change and support it because “coronavirus”.

Too many Americans have become so fearful of everything, they have become crippled into inaction on securing freedom and liberty.  Their mantra has become, “if it keeps us safe, then government should be doing it” – the coward’s stance.  Our founding fathers and those who paid the ultimate sacrifice to secure and maintain our freedoms and liberties would be ashamed of their posterity.  And, well they should.