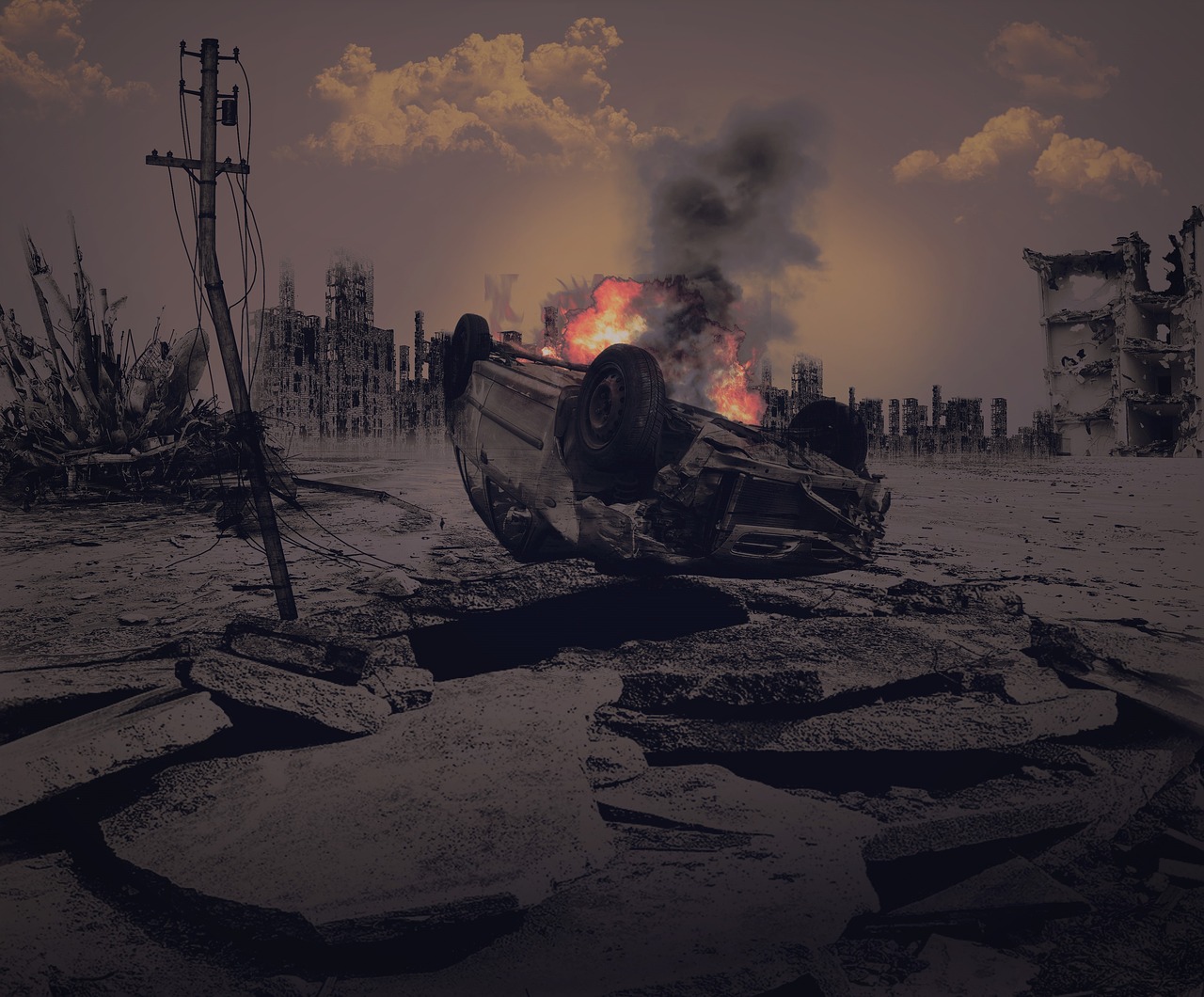 What we have been witnessing on the streets of Minneapolis is just the beginning.  Our nation is so deeply divided, and a large portion of the population is losing faith in the basic institutions that govern our society.  Personally, I don’t know how anyone can watch the video of what happened to George Floyd without having an emotional reaction.  Police brutality has been a massive problem in the United States for many years, and it has gotten to the point where most of the country no longer has faith in the police.  Of course the rioters are not helping their cause by burning down the communities that they are supposedly defending.  And after causing so much chaos on Wednesday night, protesters were back in the streets of Minneapolis on Thursday…

Protests and, in some cases, violence, continued Thursday in the aftermath of the death of George Floyd, a black man who died in police custody after a white officer pinned him to the ground under his knee.

Hundreds of protesters flooded Minneapolis streets Thursday evening for a march through downtown. Traffic was halted as a crowd of people stretched for up to four blocks. Protesters shouted “I can’t breathe” and “no justice, no peace; prosecute the police” as volunteer marshals in highlighter-colored vests directed traffic.

Sadly, this is just a small preview of what is coming to major cities all over America.

If you think that these riots about police brutality are intense, just wait until the economic riots start.

We are moving into a time when millions upon millions of Americans will become increasingly desperate as we plunge even deeper into a new economic depression.  On Thursday, we learned that another 2.1 million Americans filed initial claims for unemployment benefits last week…

First-time claims for unemployment benefits totaled 2.1 million last week, the lowest total since the coronavirus crisis began though indicative that a historically high number of Americans remain separated from their jobs.

Economists surveyed by Dow Jones had been looking for 2.05 million. The total represented a decrease of 323,000 from the previous week’s upwardly revised 2.438 million.

This was the 10th week in a row when the number of new claims for unemployment benefits has been above 2 million.

As I keep reminding my readers, prior to this year the highest that number had ever been for a single week was 695,000 in 1982.

So even after so many catastrophic weeks in a row, we are still at a level that is approximately three times higher than that old record.

Overall, 40.8 million Americans have filed new claims for unemployment benefits over the past 10 weeks.  That is the greatest spike in unemployment in all of U.S. history by a very wide margin, and it means that more than one-fourth of all the jobs in the United States have already been wiped out.

But for now, the impact of those job losses has been cushioned by the extremely generous $600 a week unemployment bonuses that the federal government has been handing out, but those benefits are set to expire at the end of July…

Right now, many are able to take advantage of an additional $600 a week in unemployment benefits provided by the federal government on top of each state’s standard jobless benefit. But that benefit is set to expire at the end of July if Congress does not pass another stimulus bill to extend benefits.

If those benefits are not extended we will see a massive national temper tantrum, and right now President Trump and Republican leaders in the Senate do not plan to extend them.

We shall see what happens, but we may soon have tens of millions of very angry unemployed Americans that are unable to pay their bills anymore.

And with each passing day, more bad economic news just keeps rolling in.  We just learned that orders for durable goods were down 19.4 percent on a year over year basis last month, and we also just learned that pending home sales were down 34.6 percent in April compared to the same month a year ago.

As I discussed yesterday, we are watching a full-blown economic collapse begin to unfold, and the fact that many U.S. states are starting to “reopen for business” is not going to stop the momentum that has now been created.

During the first few weeks of the pandemic, there was just a trickle of major bankruptcies, but now that trickle has become a flood…

In the first few weeks of the pandemic, it was just a trickle: companies like Alaskan airline Ravn Air pushed into bankruptcy as travel came to a halt and markets collapsed. But the financial distress wrought by the shutdowns only deepened, producing what is now a wave of insolvencies washing through America’s corporations.

In May alone, some 27 companies reporting at least $50 million in liabilities sought court protection from creditors — the highest number since the Great Recession. They range from well-known U.S. mainstays such as J.C. Penney Co. and J. Crew Group Inc. to air carriers Latam Airlines Group SA and Avianca Holdings, their business decimated as travelers stayed put.

And we are watching store closings occur at a rate that we have never seen before in our entire history.

At this point, Coresight Research is projecting that about 25,000 stores will permanently close by the end of this calendar year…

“That’s unlike anything the industry has ever seen,” Coresight CEO and founder Deborah Weinswig said. “It’s the speed with which it’s all happening which has been a little surprising.”

So much anger was building up all over America during the “good years”, and now this new economic depression is going to make things much, much worse.

When there are no jobs available and people can’t even provide the basics for their families, we are going to see frustration on a scale that is unlike anything we have ever witnessed before.

So please take careful note of what is happening in the streets of Minneapolis right now, because that is what the future is going to look like in all of our major cities.