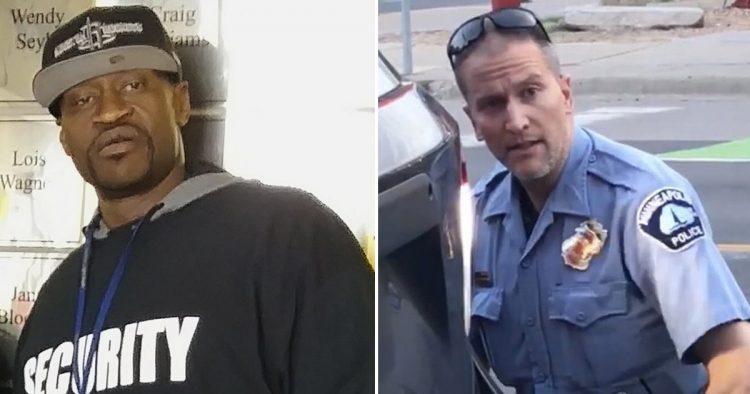 It was one cruel tyranny for a police officer to murder an innocent man on video and not show the slightest sign of remorse, but then after firing four police officers involved, no arrests or charges were made despite the fact that if any of us were captured on video murdering someone, especially a police officer, we would have been immediately arrested, probably beaten and charged.  Well, finally, after several parts of the city were burned down due to the lack of justice in the matter, Officer Derek Chauvin was charged with murder and manslaughter.

Zero Hedge has the story:

Update (1415ET): The charges against the officer include murder and manslaughter, prosecutors say.

Chauvin is now the first white police officer in the history of Minnesota to be charged with murder while on duty, one reporter tweeted.

Another fun fact: third-degree murder – one of the charges that the state is bringing against Chauvin – is only a crime in three US states (Minnesota, Pennsylvania and Florida). It was formerly a defined crime in Wisconsin and New Mexico. It is punishable by a maximum of 25 years in prison in Minnesota.

As smoke drifted over Minneapolis, Minnesota Gov. Tim Walz acknowledged his and his state’s “abject failure” to the unrest that has rocked the city for days after they killed Floyd, a handcuffed black man who pleaded for officers claiming he couldn’t breath as a cop knelt on his neck, the AP reports.

That the officer wasn’t arrested immediately helped fuel the riots, prompting President Trump to send in the National Guard to quell the unrest after promising that justice would be done to Floyd’s killer.

The arrest of Chauvin comes after three days of protests and unrest which have captivated America in the midst of an unprecedented pandemic. The killing – which has been regarded by critics as utterly indefensible, with the usual parade of conservative defenders this time refusing to defend an officer’s actions – comes at a particularly tense time for race relations in the US. A few days ago, an incident involving a white woman – derided as a “Karen” – who called the police on a black man in Central Park after he asked her to put her dog on a leash – garnered national media attention, and the killing of unarmed Ahmaud Arbery in Georgia by two white men who tried to detain him with a “citizens arrest” also rocked the country earlier this month, leading to scattered protests. In Georgia, it took weeks for the state’s bureau of investigations to arrest the men and charge them with murder, along with another man who filmed the incident but reportedly acted as ‘part of the posse’.

Speaking of the unrest, Minnesota’s governor addressed the “generations” of abuse perpetrated against the black community by American police, which has been widely cited as the inspiration for the riots. Others have used this to try and justify the destruction.

“Minneapolis and St. Paul are on fire. The fire is still smoldering in our streets. The ashes are symbolic of decades and generations of pain, of anguish unheard,” Walz said, adding. “Now generations of pain is manifesting itself in front of the world – and the world is watching.”

Chauvin has now been arrested by the department for which he once worked after his actions led to citizens burning down a police precinct.

The obvious question now is:  What about the other three officers?  Where are the charges as accomplices in Floyd’s murder?

Will it take another part of the city being burned to the ground before they get their act together?