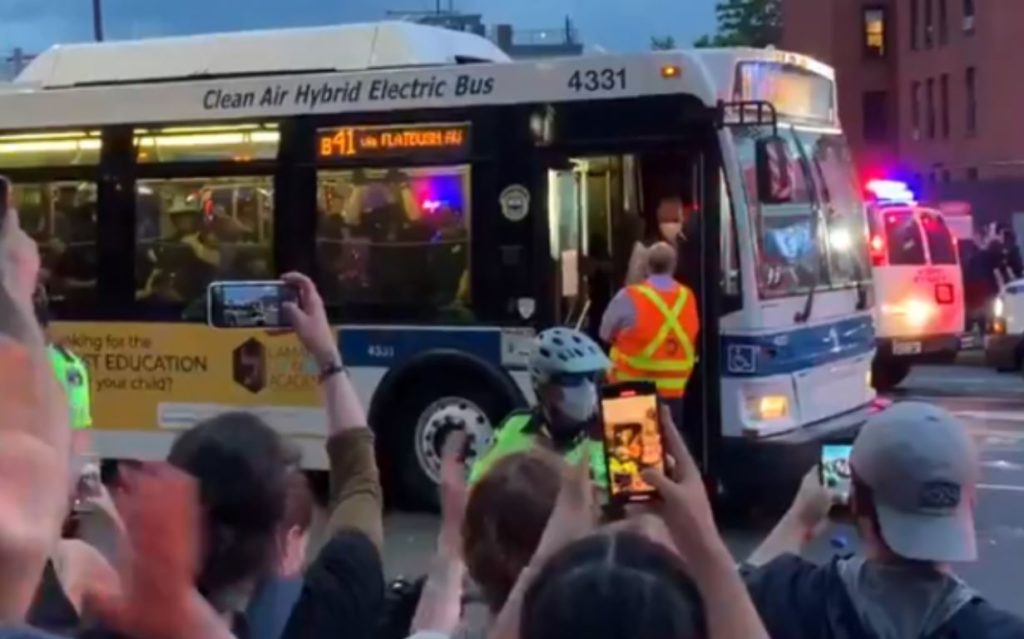 Protests have spread across the United States this week in response to another police killing captured on camera. This time, the murder occurred in Minneapolis, where recently-fired police officer Derek Chauvin kneeled on the neck of George Floyd for several minutes until he was no longer breathing.

As the demonstrations became more intense in Minneapolis, the city’s police department began requesting help from local bus services to transport protesters to a nearby jail. However, many of the city’s bus drivers refused to take the trip, and the bus drivers’ union has also issued a statement supporting its members.

The union issued a statement that read,

This system has failed all of us in the working class, from the coronavirus to the economic crisis we are facing. But the system has failed people of color and black Americans and black youth more than anyone else. In ATU we have a saying: “NOT ONE MORE” when dealing with driver assaults, which in some cases have led to members being murdered while doing their job. We say “NOT ONE MORE” [to the] execution of a black life by the hands of the police. NOT ONE MORE! JUSTICE FOR GEORGE FLOYD! [ATU Local 1005].

Technically, it would be illegal for the union to call for a strike in a circumstance like this, but they do have the option of voicing support for its individual members who refuse to serve the police department in this fashion.

As protests spread beyond Minneapolis into other US cities, other police departments are requesting help from bus services and are also being refused. Bus drivers in New York City have also refused to transport prisoners for the NYPD, and they are also being supported by their union.

In 2011, during the Occupy Wall Street protests, the bus union sued to prevent the NYPD from using city buses to transport arrested demonstrators.

The NYPD is using a bus to transfer arrested protesters at the Barclays Center.

However the bus driver refused to drive it. pic.twitter.com/Pqx4Nv8JhG

TWU Local 100 Bus Operators do not work for the NYPD. We transport the working families of NYC , all TWU Operators should refuse to transport arrested protestors. @Josmar_Trujillo @ClaytonGuse @CentralLaborNYC @TwuSamuelsen @TTDAFLCIO #JusticeForGeorgeFlyod