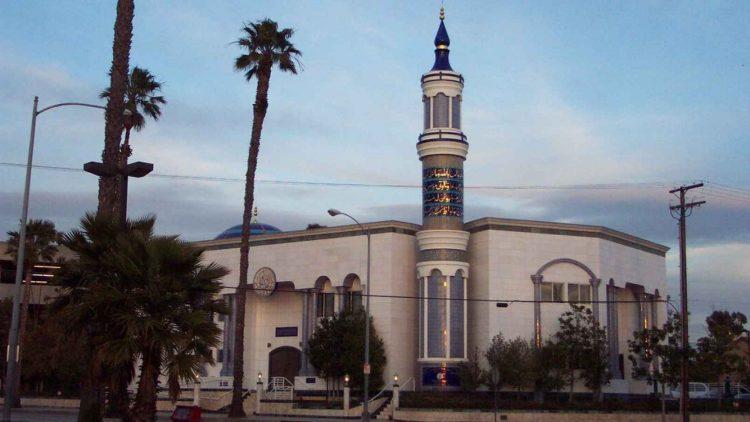 Diversity is being duly celebrated in the Los Angeles area these days, as neighbors of the King Fahad Mosque in Culver City are now treated to what Barack Obama called the most beautiful sound in the world, the Islamic call to prayer, blared over loudspeakers five times a day, beginning at 4:30AM. And lo and behold, some Culver City residents have had the temerity, the audacity, the unrestrained “Islamophobia,” to complain about the noise. As Greta Thunberg might say, How dare they? Don’t they know they live in California, and that California is the most woke of states?

It’s likely that most of the people who were complaining were Leftists who, in other contexts, would denounce concern about jihad violence and Sharia oppression as “Islamophobia” and “bigotry.” So now they have what they have wanted and enabled. They should be very proud. They can get up at 4:30 every morning and celebrate diversity.

This is happening all over the world, notably in the United States, Canada, and Germany: cities are amending or ignoring their noise ordinances to allow the Islamic call to prayer (adhan) to be broadcast over loudspeakers. Officials in Europe and the U.S. have explained this as an effort to comfort Muslims who in quarantine because of the coronavirus; however, none of those who have offered this explanation seem to have made any efforts to comfort Jews, Christians, Hindus, Buddhists, or anyone else.

Yet the implications of this broadcast call to prayer, beyond the expected hosannas from the usual proponents of globalism and multiculturalism, are ominous. The adhan, prayed in Arabic, repeats “Allahu akbar” six times, “I testify that there is no god but Allah” three times, and “I testify that Muhammad is Allah’s prophet” twice.

Dr. Gavin Ashenden, former chaplain to the British queen, who resigned his position in protest against a Qur’an reading in a Scottish church, observed that “the Muslim call to prayer is a dramatic piece of Islamic triumphalism. It proclaims Islam’s superiority over all other religions, and in so doing casts Jesus in the role of a charlatan and a liar. The Muslim god, Allah, is unknowable and has no son. Jesus was, therefore, a fraud in claiming He and the Father are one.”

Is Culver City really wise to broadcast repeatedly a declaration of the superiority of Islam, a faith that directs its adherents to make war against Christians and other non-Muslims and subjugate them as inferiors under the hegemony of believers (cf. Qur’an 9:29)?

Is Culver City wise to broadcast the cry “Allahu akbar,” beloved of jihad terrorists the world over? Chief 9/11 hijacker Mohammed Atta wrote this in his letter to himself before carrying out his jihad mission: “When the confrontation begins, strike like champions who do not want to go back to this world. Shout, ‘Allahu Akbar,’ because this strikes fear in the hearts of the non-believers.” This is why the Fort Hood jihad killer, Nidal Malik Hasan, shouted it as he shot thirteen Americans in November 2009, and why so many other jihadis have used it essentially as an announcement that non-Muslims are about to die.

In light of the use of so many elements of the adhan by jihad terrorists, Culver City residents who have been victims of jihad violence may not find the sound of it so comforting. And some clearly just don’t like the noise, which is unnecessary even from an Islamic standpoint. Mosques didn’t have loudspeakers in Muhammad’s time, and don’t need them now, especially given the fact that everyone has a smartphone that could quite easily alert him or her to prayer times. The broadcasting of the adhan over loudspeakers is nothing more than a declaration of supremacism.

But Culver City is far too woke to take any notice of that, and the residents’ concerns about the noise will be dismissed out of hand as “Islamophobic.” Culver City authorities, meanwhile, are no doubt certain that Muslim communities in the city will be grateful, and will redouble their efforts to become loyal, productive citizens, marching together with non-Muslims in California into the glorious multicultural future. That’s the way it will work out. Isn’t it? No Muslims will take seriously the adhan’s declarations of Islamic superiority and heed the Qur’an’s calls to wage war against unbelievers. Will they? In multiculti California today, such an idea is inconceivable!