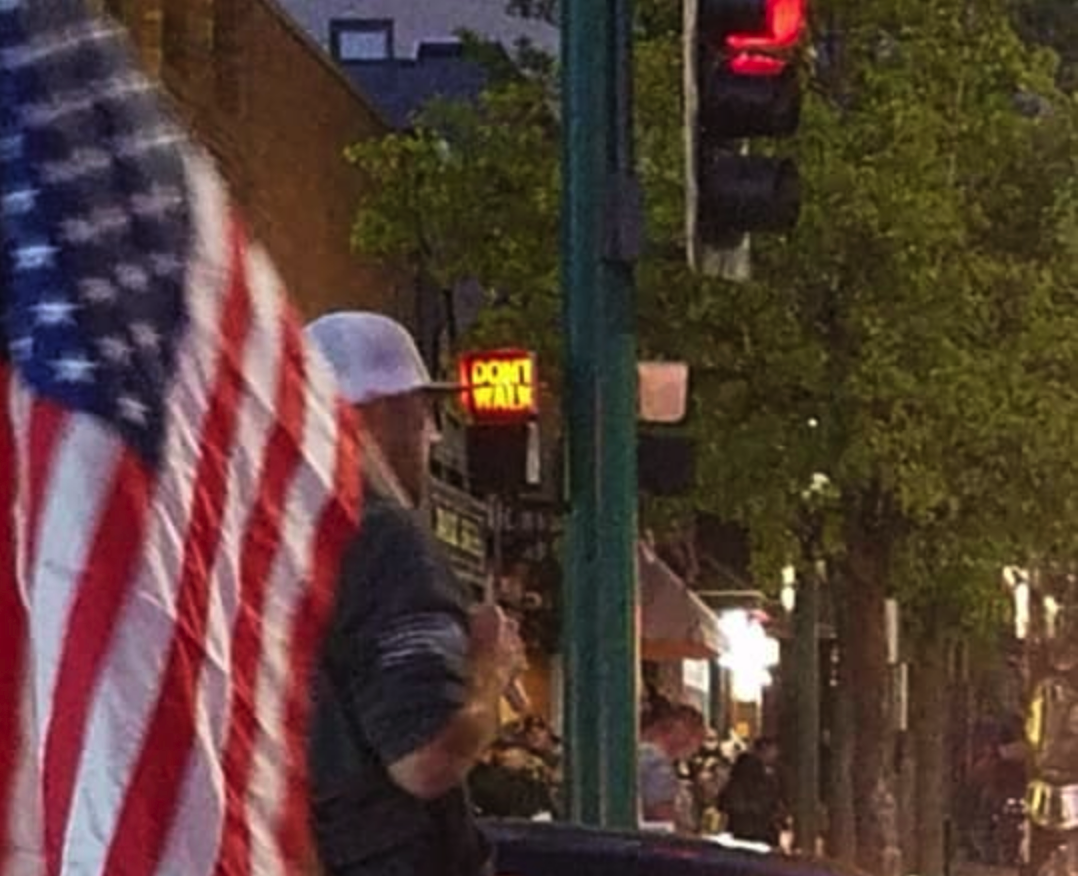 When word started spreading that the same protesters that had just broken windows and looted stores in Spokane were going to come to Coeur d’Alene, hundreds of citizens mobilized to protect their community.  So when the protesters did show up on Monday night, they quickly discovered that a very heavily armed “welcoming committee” was waiting for them.  Just like most Americans all over the country, most residents of north Idaho were absolutely horrified by the death of George Floyd, and there seems to be an overwhelming consensus that the police officer that killed him needs to be brought to justice.  But most residents of north Idaho have also been absolutely horrified by the violent riots that have erupted in cities from coast to coast, and they sure don’t want the same thing to happen in their neck of the woods.

If you are not familiar with the geography of the area, Coeur d’Alene is not very far from the city of Spokane, Washington, and there had been quite a bit of rioting in Spokane on Sunday night.

In fact, one local news source described it as “a frenzied night of tear gas, rubber bullets and flash-bangs” as police worked tirelessly to end the vandalism and looting.  At one point, the Spokane Police Department actually sent out a cellphone alert warning everyone in the region to “avoid the downtown core area”…

Spokane’s Mayor issued an immediate curfew just before 9:00 p.m. Police used tear gas and rubber bullets to get control of protesters who were rioting and in the downtown area of Spokane, destroying property. Rioters sprayed graffiti, broke windows, and looted select businesses.

In the aftermath of that horrible night, word began to spread that protesters were planning to show up in Coeur d’Alene on Monday night, and that is precisely what happened…

Protesters gathered outside of the WinCo Foods in Coeur d’Alene on Monday evening.

An assistant general manager at the store told KREM that he estimated there were 40-50 protesters in front of the store as of about 6:40 p.m. on Monday evening. Most of the crowd had dispersed by 11 p.m. according to a KREM reporter.

But there were no riots, because the protesters discovered that they were vastly outnumbered by the locals that were waiting to “welcome” them.

A reporter for the Coeur d’Alene Press was in the downtown area on Monday evening, and he reported that “hundreds of citizens” had mobilized to protect the city…

Soon, more armed men, self-described as a loosely formed group of patriots, arrived. They took up posts at corners on both sides of Sherman Avenue.

Later, they were joined by hundreds of citizens packing rifles, semi-automatic weapons, handguns, and bows and arrows.

The sidewalks were packed with people walking up and down Sherman Avenue, firearms proudly displayed for all to see.

You can see a lot more photos of these brave citizens patrolling the streets right here.

If they hadn’t been there, Coeur d’Alene may have suffered the same fate that so many other communities all over America have already suffered.

SURREAL EXPERIENCE: ABOUT FORTY of us were forewarned about possible looting activity planned by Antifa-aligned groups, at WinCo in Coeur d’Alene today, of all places. Many of you would think it could never happen here, but it was reported that some were bussed in from Spokane or even from Soros-funded arrivals in Boise–most or all from out of state. A connection at the Police Department confirmed this as did a contact one of us has in, let’s just say an alphabet soup agency.

I was there, with about forty other patriots, as a human bulwark to prevent this. There were black-clad freaks and some purple hairs demonstrating with BLM signs, and some of them looked capable of violence–just not nearly as capable as those of us present who came to defend our city. One of the BLM persons carried an AR-15 which he looked ill-equipped to handle, as though it was his first time; he had no sling for the rifle and carried it by the grip one-handed the whole time.

I carried an AR-15 and two other sidearms, and most patriots there were armed, too, some with rifles. I don’t know whether stuff would have gone down had we not been there, I just know that nothing terrible happened–perhaps because we were there.

Unfortunately, our nation is more divided than it has ever been in my entire lifetime, and with a presidential election rapidly approaching we are likely to see a lot more protests around the country in the months ahead.

What America really needs is a whole lot more love, but instead anger and hatred continue to rise, and a lot of people have decided that violence is the answer.

That is extremely sad, because the violence that we have witnessed over the past week has only made our national divisions even deeper.

So let us pray for America, because our country is literally coming apart at the seams right now.