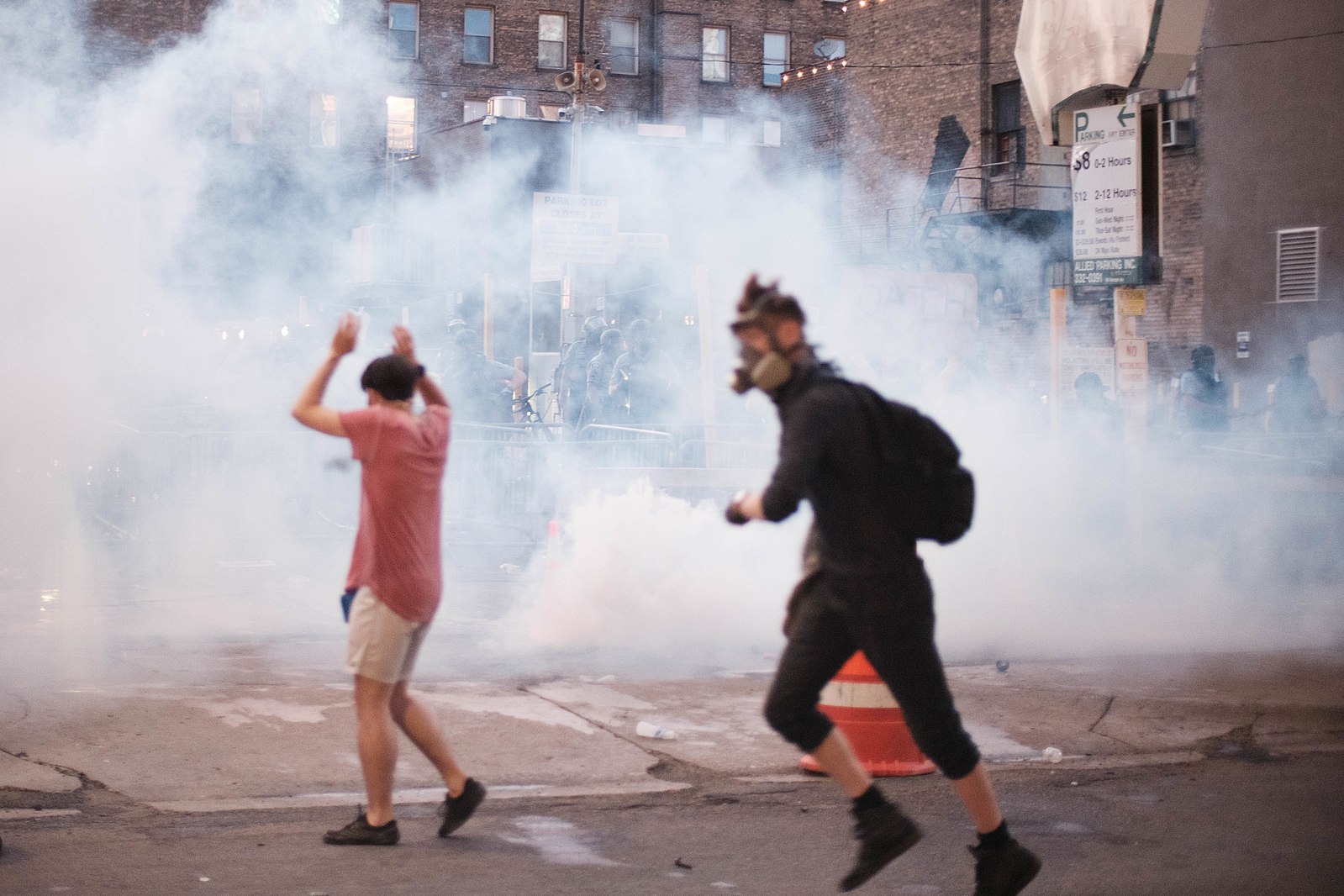 It has truly been disheartening to watch how rapidly our major cities have descended into complete and utter chaos.  At a moment when our nation should be coming together like never before, we have open warfare in the streets.  The violence has shocked the entire world, and even more violence is expected this weekend.  But anyone that is causing violence is actually dishonoring the memory of George Floyd, and I wish that many of the “leaders” that are encouraging these protests would make that point a lot more loudly.  The truth is that the vast majority of Americans are sick and tired of police brutality.  Personally, I have written countless articles about police brutality over the years, and I never want to see another police officer kneel on someone’s neck ever again.  But I also never want to see these sorts of riots ever again either.  Unfortunately, many people believe that this is just the beginning of the civil unrest in this country.

When I use the term “war zone” to describe what the streets of some of our major cities now look like, I am not exaggerating one bit.  The following is how one Minneapolis resident described the current condition of his city…

I do not live near downtown Minneapolis, but in a residential neighborhood. Many stores and facilities blocks away from me were either physically destroyed or burnt to the ground. I have heard multiple stories from neighbors about rioters coming on my street to cause trouble and being chased away with guns. Bomb threats to hospitals and nursing homes with suspicious items found on the property were rampant. If you drive around the city all you see is buildings burnt down to the ground and mass destruction everywhere.

Every single person I’ve spoken with that lives in Minneapolis has a story.

A member of the Minneapolis City Council revealed this week that he and several other council members are working on finding out what it would take to disband the Minneapolis Police Department.

The announcement from Councilmember Steve Fletcher comes a week after George Floyd died while in police custody in Minneapolis. During an appearance on CNN on Wednesday, he called the city’s police department “ungovernable.”

If they actually do this, please remind me to never visit Minneapolis ever again.

Without any police, who is going to stop the rioters?

In California, private citizens attempted to defend the Santa Monica Music Center, but they were overpowered by looters.  The following comes from Fox News…

For almost five decades, Santa Monica Music Center was an oasis of arts and education that gave all walks of life the opportunity to bond over melodies.

But in the riots that reached Santa Monica on Sunday, almost everything inside was damaged or pilfered as the distraught owners looked on, and those who tried to defend the building had guns and other weapons pulled on them with no law enforcement to be found.

When asked about this incident, one of the owners described it as “a horror movie”…

“It was just a horror movie,” Lana Negrete, 40, who now co-owns the center with her father Chico and runs the business with her husband. “They took everything from us, and no one stopped them. It was so violating.”

Is that really the type of world that we want to live in?

The truth is that we need the police.  We just don’t want them to act like monsters.

Unfortunately, new examples of police brutality continue to emerge day after day.  For example, check out what just happened in Indianapolis…

The Indianapolis Metropolitan Police Department is investigating the actions of several officers captured on video using batons and pepper balls to subdue a woman on a downtown sidewalk Sunday night, a spokeswoman said.

The video, shared widely on Twitter and Facebook, recorded what happened to two women arrested by officers at the corner of North Pennsylvania and East Washington streets around 9 p.m.

And in New York state, an elderly man had his skull cracked open after being pushed to the concrete by police.

Without a doubt, being a police officer is one of the toughest jobs in America right now.  Dealing with the angry mobs that we are witnessing in the streets is incredibly stressful, and they put their lives on the line every single day.

But the proper balance between force and restraint must be found, because we desperately need the police to regain the faith of the American people.

Right now, many activists all over the U.S. are calling for the police to be defunded, but that will only make things worse.

The truth is that we need the police, because otherwise our cities will descend into a constant state of utter chaos.

There are a lot of people out there that do not believe in the rule of law, and if given the opportunity they would use force to make their own law.  The following is what one man experienced when he was recently caught in the middle of a group of Antifa rioters…

Suddenly they turned and, with military precision, all began walking, and I was in the middle of them. I quickly moved to the left of the street to get out of their way, but the massive army began to move faster and faster. Suddenly, I was in the middle with no way to get out. Like a steamroller on hot asphalt, they just mowed me over.

As I turned, three white girls, with the nastiest expressions in their eyes, punched me and shoved me to the ground and moved on, with person after person just stepping over me.

Ultimately, somebody is going to rule the streets of America, and we want it to be the police.

We just want the police to act in a civilized manner.

Sadly, I believe that there is going to be more violence, more riots and more police brutality in the days ahead.

The streets of America have become a war zone, and life in this country will never be the same again.