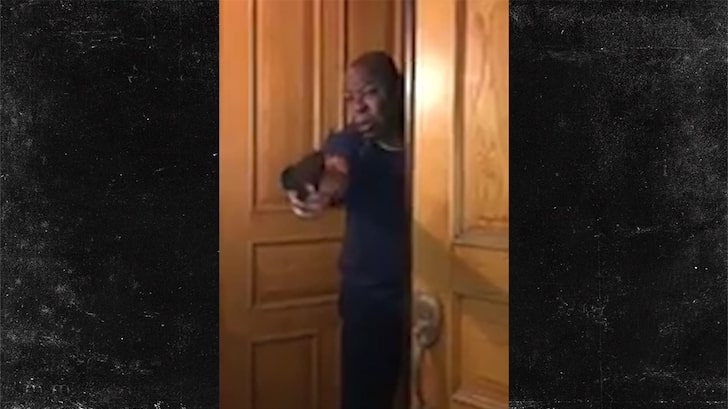 #BREAKING This morning Los Angeles District Attorney Jackie Lacey’s husband pulled a gun out on Black Lives Matter activists who protested his wife in front of their house. @BLMLA pic.twitter.com/wnCFMMvaWV

“I don’t care who you are, get off of my porch, right now,” Lacey continued, once again raising the handgun toward an off-screen individual identified by the Real Justice PAC as California State Professor of Pan-African Studies Dr. Melina Abdullah. “We’re calling the police,” Lacey said. “Okay, good,” she can be heard answering before he closes the door.

Video from the scene shows her husband standing in the doorway of their Granada Hills home pointing a gun and shouting, “I will shoot you. Get off of my porch.”

The incident prompted an LAPD response, but no one was hurt or arrested. Lacey’s husband, David, is a former investigative auditor for the district attorney’s office, according to spokeswoman Shiara Davila-Morales.

A group of about 30 protesters arrived at the Lacey household before dawn Monday, according to Melina Abdullah, a Black Lives Matter organizer and Cal State L.A. professor who said she was one of three people at whom the gun was pointed. The demonstration was to protest Lacey’s refusal to meet with black activists and organizers in South L.A., Abdullah said.

What would you have done?