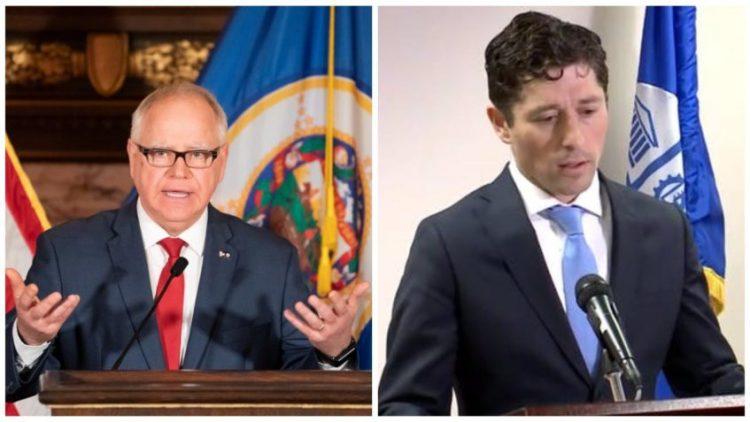 Those in power in Minnesota, from Governor Tim Walz to Attorney General Hakim Muhammad (aka Keith Ellison) to Mayor Jacob Frey, have abandoned the people and subjected them to the rioters, looters, tyrannical cops and now the National Guard.  However, Mayor Frey wants to subject the people of the entire united States to a wealth redistribution to the city he let be torn apart to the tune of $55 million in federal funds, which come from us.

Minneapolis Democratic Mayor Jacob Frey is ordering city officials to begin a wide-ranging query of the damage done to the city’s infrastructure from the race riots that began last week after the death of George Floyd, planning on requesting a federal bailout for the city to repair the damages done by “protestors.”

Early preliminary estimates gauge the price tag of property damage from the riots at more than $55 million dollars. Frey is already working with U.S. Senator Amy Klobuchar and representatives Ilhan Omar and Betty McCollum on a potential bailout package for the city.

However, McCollum described a more realistic picture on the prospect of the Twin Cities being granted a federal bailout, which would require approval from the Republican Senate and the signature of President Trump. In an email to the Minneapolis Star Tribune, she said the chances of a bailout were slim. “To be realistic, the odds of that happening are, at best, very difficult.”

Curiously, Frey seemed a lot less concerned about the economic and property damage impacts of the race riots when they were actually happening. Even the Democratic Governor of Minnesota, who proved almost equally inept at preventing mass destruction and controlling the volatile situation, slammed Frey for his refusal to deter the large crowds of criminal rioters, calling the city’s response to the riots an “abject failure.” Frey rebuffed suggestions to deploy the Minnesota National Guard before caving and giving in.

Not only that, but Minnesota Republican Party Chairwoman Jennifer Carnahan issued a statement calling on Walz and Frey to resign over their terrible handling of events over the past week, calling them an “abject failure.”

“For four straight nights we have helplessly watched our neighborhood businesses be looted and destroyed, we’ve watched as violent protesters have rioted in our streets and forced public transport and major thoroughfares to shut down, and we have watched our city burn to the ground,” said the GOP chairwoman.

“Governor Walz and Mayor Frey have been largely silent, other than a handful of unhelpful tweets and press conferences blaming everyone, but themselves,” she added.  Minneapolis is decimated. Minneapolis is damaged to a level we never could have imagined. The destruction caused this past week will unfortunately live in our memories forever. It’s a dark stain on our state.”

“These gentleman have demonstrated they are not equipped to run Minneapolis or Minnesota,” she continued.  “Their inaction has led to riots across our country. Our state can not move forward or start to heal with either in office. We call for the resignation of both, so no additional harm and damage comes to our people and state.”

Well, I’m sure we can all count on both of these men to resign and do the right thing, right?  Wrong.

If you want to actually do something, start holding these representatives and the criminal element of the police force to account with justice.  Until then, nothing will change.