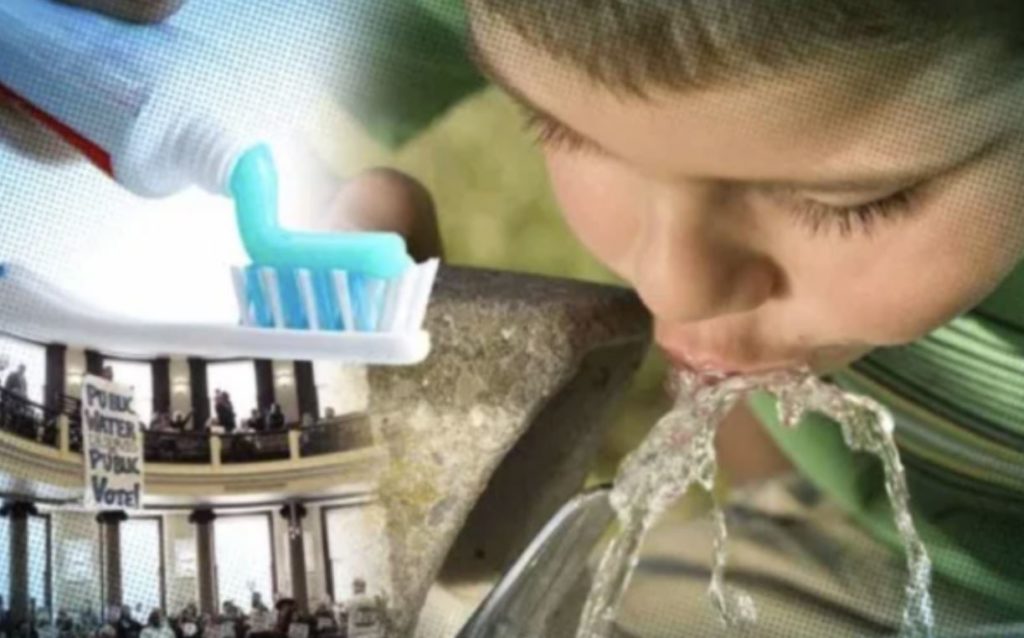 A historic trial weighing the risks of water fluoridation was set to begin in San Francisco on Monday June 8.

For the last four years, attorneys with the Fluoride Action Network have been fighting a legal battle against the U.S. Environmental Protection Agency over whether water fluoridation violates the Toxic Substances Control Act (TSCA). A recent ruling by the judge in the case has now set the stage for a federal trial which will include three international experts in neurotoxicity testifying on the dangers of water fluoridation.

The Fluoride Action Network (FAN) is set to argue that water fluoridation violates the TSCA provisions which prohibit the “particular use” of a chemical which has been found to present an unreasonable risk to the general public. Under section 21 of the TSCA citizens are allowed to petition the EPA to regulate or ban individual chemicals.

The FAN began their legal battle in November 2016 when they joined with five organizations and five individuals to present a Citizens’ Petition under Section 21 of TSCA to the EPA. The Citizens’ Petition calls on the EPA to prohibit the addition of fluoridation chemicals to U.S. water based on the growing body of evidence showing that fluoride is a neurotoxin at doses currently used in communities around the United States.

The plaintiffs in the case include: FAN, Moms Against Fluoridation, Food & Water Watch, the American Academy of Environmental Medicine, the International Academy of Oral Medicine and Toxicology and the Organic Consumers Association.

The plaintiffs’ have presented studies to the court detailing the evidence of neurotoxic harm as part of their Proposed Findings of Fact. Dr. Paul Connett, PhD, director of FAN, points to a number of recent studies detailing the affect of fluoridation on IQ levels.

As of 2020 there have been 72 fluoride-IQ studies, of which 64 found a lower IQ among children with higher fluoride exposure,” Connett stated. “Many of the earlier studies were in places with elevated natural fluoride levels. There is now very strong evidence that fluoride damages both the fetal and infant brain at the levels used in artificially fluoridated areas.”

While the court will allow FAN to present evidence related to the harms caused by water fluoridation, the court has stated that the EPA cannot present information related to the purported benefits of fluoridation. The move was seen as a victory for FAN and opponents of fluoridation. The EPA also attempted to exclude three experts from speaking at the trial. However, the court over ruled the agency and will allow the expert testimony. Experts include Dr. Philippe Grandjean of Harvard and the University of Southern Denmark, Dr. Howard Hu of the University of Washington, and Dr. Bruce Lanphear of Simon Fraser University in British Columbia.

The trial is set to begin on June 8th via Zoom. I will be reporting on the trial for The Last American Vagabond. Stay tuned for daily video reports and articles.

This proceeding will be a Zoom video conferencing webinar.

Case participants may also receive an email invitation from the court with different information which should be followed.

All counsel, members of the public and press please click the link or use the information below to join the webinar:

The substances added to municipal water supplies known by the name “fluoride” are actually a combination of unpurified byproducts of phosphate mining. In the United States thousands of tons of fluorosilicic acid is recovered from phosphoric acid plants and then used for water fluoridation. During this process the fluoride ion is created.

This process of taking waste from the phosphate industry and putting it into drinking water has long been criticized for its effects on human health and the environment. It is well known that water fluoridation has led to dental fluorosis for millions of children. This discoloring of the teeth was called “cosmetically objectionable” by the Centers for Disease Control.

Beyond the cosmetic effect there have been several studies indicating overwhelming health issues related to fluoride, especially for children. Another study found a connection between exposure to water fluoridated at relatively low concentrations and a reduced IQ among children.

As recent as September 2017 the journal Environmental Health Perspectives published the study “Prenatal Fluoride Exposure and Cognitive Outcomes in Children at 4 and 6–12 Years of Age in Mexico,” examining the results of prenatal exposure to fluoride and the potential health concerns. The researchers called the study “one of the first and largest longitudinal epidemiological studies to exist that either address the association of early life exposure to fluoride to childhood intelligence or study the association of fluoride and cognition using individual biomarker of fluoride exposure.” The study was funded in part by the U.S. National Institutes of Health.

The researchers found that higher prenatal fluoride exposure was associated with lower scores on tests for cognitive function at age four, and between ages six and twelve. The researchers acknowledge that their results are “somewhat consistent” with past ecological studies which indicate children living in areas of high fluoride exposure have lower IQ scores than those in low-exposure areas.

A study published in the journal General Dentistry warns that infants are at risk of dental fluorosis due to overexposure from fluoride in commercially available infant foods. The researchers analyzed 360 different samples of 20 different foods ranging from fruits and vegetables, chicken, turkey, beef, and vegetarian dinners. Chicken products had the highest concentrations of fluoride, followed by turkey. The New York State Coalition Opposed to Fluoridation (NYSCOF) reports that the fluoride levels were due to pesticides, fertilizers, soil, groundwater, and/or fluoridated water. The high levels found in the chicken and turkey can be attributed to “fluoride-saturated bone dust” involved in the process of mechanically separating the meat.

Another study published in Environmental Health found a potential connection between fluoride exposure and the prevalence of adult attention-deficit/hyperactivity disorder (ADHD) in children. The researchers studied data on ADHD among children age four to seventeen collected in 2003, 2007 and 2011 as part of the National Survey of Children’s Health, as well as state water fluoridation data from the Centers for Disease Control and Prevention (CDC) collected between 1992 and 2008 . It is the first study to analyze the relationship between exposure to fluoridated water and ADHD prevalence.

The team discovered that children living in areas with a majority of the population receiving fluoridated water from public water systems “tended to have a greater proportion of children and adolescents diagnosed with ADHD. ” The researchers concluded that:

this study has empirically demonstrated an association between more widespread exposure to fluoridated water and increased ADHD prevalence in U.S. children and adolescents, even after controlling for socioeconomic status (SES). The findings suggest that fluoridated water may be an environmental risk factor for ADHD.

In addition to these studies related to fluoride and children, dozens of other studies have indicated a variety of health problems. A recent study published in the Journal of Analytical Chemistry indicates that fluoride ions found in fluoridated water and toothpaste may lead to an increase in Urinary Stone Disease (USD). The study was conducted by chemists from Russia and Australia, led by Pavel Nesterenko at the University of Tasmania. The team studied 20 urinary stones from patients at a Russian hospital and discovered fluoride ions in 80% of the stones. This could be due to high levels of fluoride in patients’ urine, possibly from drinking water containing fluorides and ingesting fluoride toothpaste.

A study published in the BMJ’s Journal of Epidemiology and Community Health confirmed fluoride’s negative effect on the thyroid gland and a possible connection to depression, weight gain, and other negative health effects. Researchers with the University of Kent in England examined thyroid activity for those in areas with fluoridated water and those without. The team examined 95 percent of the English population in 2012 and 2013 and found that high rates of underactive thyroid were 30% more likely in areas with high fluoride concentration. An underactive thyroid can lead to depression, weight gain, fatigue and aching muscles.

Derrick Broze is a staff writer for The Last American Vagabond, is a journalist, author, public speaker, and activist. He is the co-host of Free Thinker Radio on 90.1 Houston, as well as the founder of The Conscious Resistance Network & The Houston Free Thinkers.