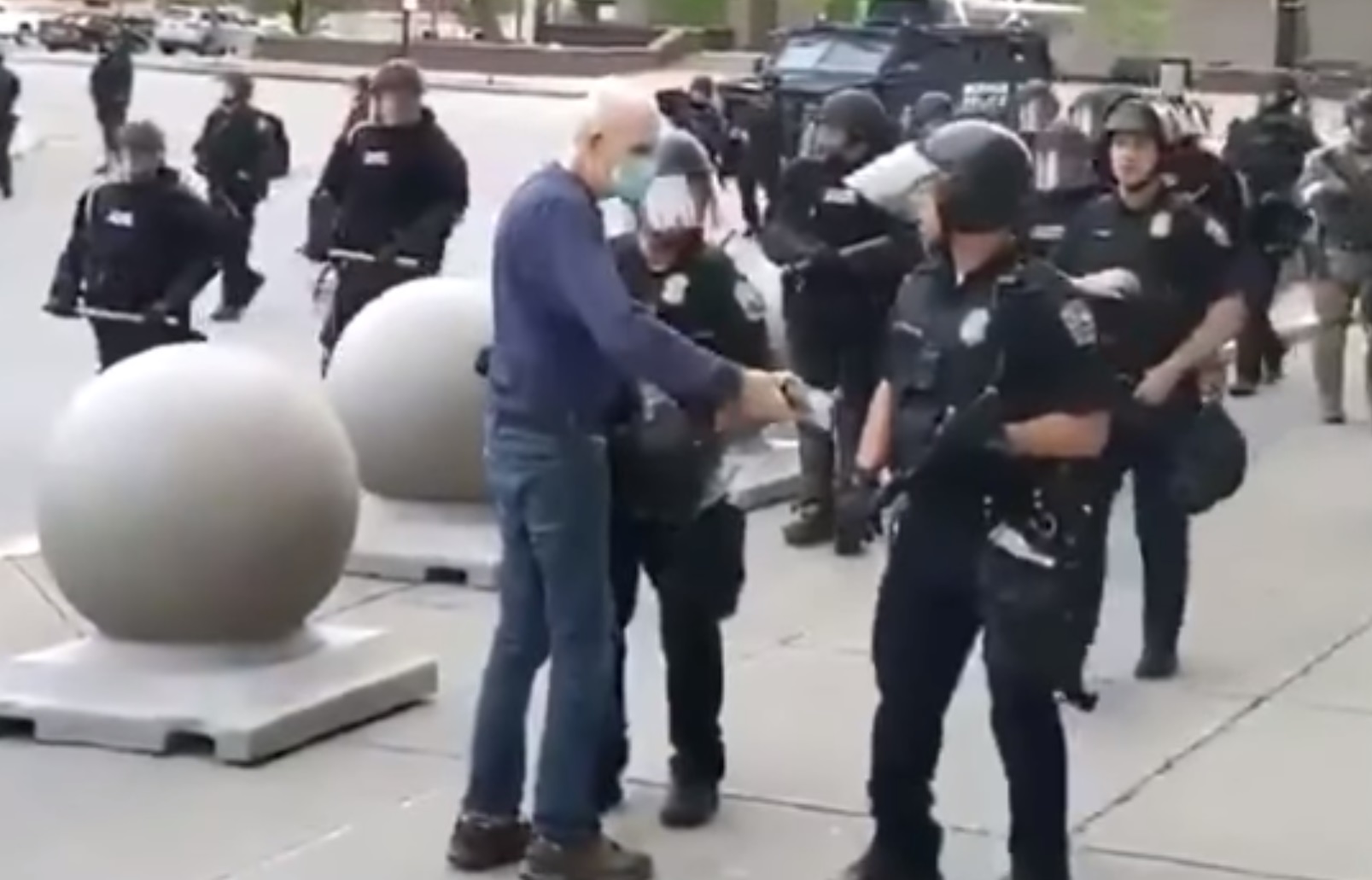 (Natural News) As we’re discovering more and more by the day, every narrative pushed by the Left is a fraud. Every “victim” of police brutality, it seems, is a crisis actor. And every viral video that spreads like wildfire across social media turns out to be a lie.

The latest example concerns a so-called “old man” who was reportedly shoved by police, falling down and hurting his head. But as Zero Hedge reports, it turns out the man is a professional left-wing agitator who was clearly accosting police officers to scan their radio frequencies in a radio “skimming” operation attempt.

Martin Gugino is a 75-year-old professional agitator and Antifa provocateur who brags on his blog about the number of times he can get arrested and escape prosecution. Gugino’s Twitter Account is also filled with anti-cop sentiment [SEE HERE].  Last Thursday Gugino traveled from his home in Amherst, New York, to Buffalo to agitate a protest crowd.

In this slow motion video, you will see Gugino using a phone as a capture scanner.  You might have heard the term “skimming”; it’s essentially the same.  Watch him use his right hand to first scan the mic of officer one (top left of chest).  Then Gugino moves his hand to the communications belt of the second officer. WATCH CLOSELY:

The capture of communications signals [explained in detail here] is a method of police tracking used by Antifa to monitor the location of police. In some cases the more high tech capture software can even decipher communication encryption allowing the professional agitators to block (black-out), jam, or interfere with police communication. In addition, many police body-cams are bluetooth enabled which allows syncing. 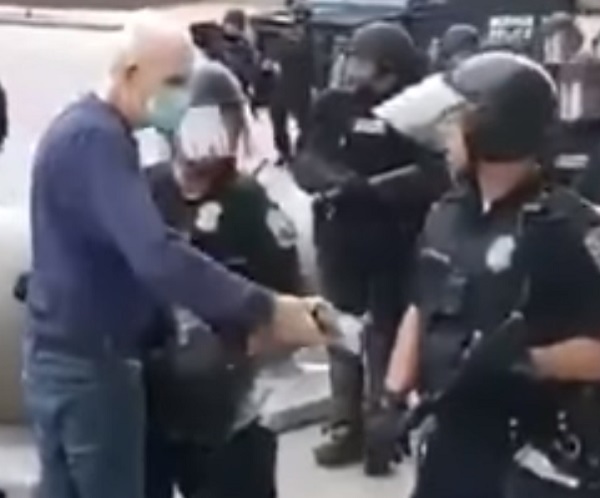 Unfortunately in the modern era the professional agitators have become very sophisticated and use technology to help create chaos.  Their activity is highly coordinated, and as James O’Keefe has revealed in his undercover operations these professionals even stage events to manipulate public opinion.

When he was pushed away by the officers Gugino fell and presumably hit his head. As a consequence of the shove, the two officers were suspended and the Buffalo authorities have arrested and charged the two police officers.  In a show of support the entire Buffalo police unit that makes up the Emergency Response Team resigned their position.

However, despite the known ideology and intent of Mr. Gugino; and despite a more careful look at the video highlighting exactly what Gugino was attempting; the Buffalo authorities are frozen by political correctness and have now arrested and charged the two officers.

Buffalo protester shoved by Police could be an ANTIFA provocateur. 75 year old Martin Gugino was pushed away after appearing to scan police communications in order to black out the equipment. @OANN I watched, he fell harder than was pushed. Was aiming scanner. Could be a set up?