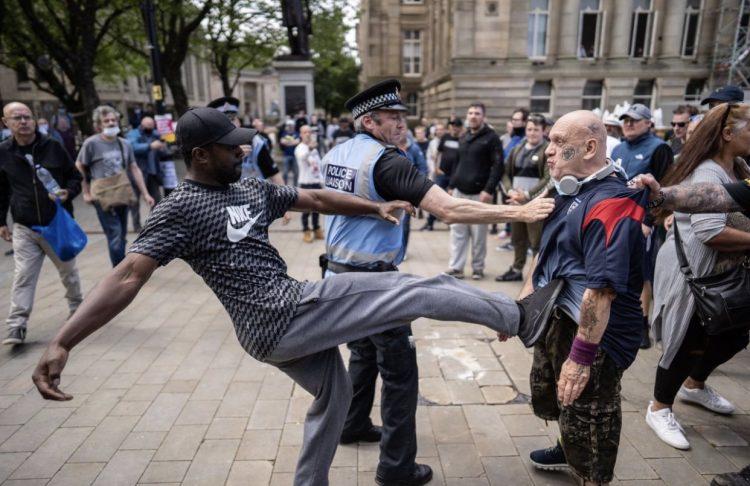 In London today, it looks like those interested in preserving history are outnumbering those who want to tear it down.  An incredible crowd of people are coming out, including Tommy Robinson, to oppose the destruction of English history by the Black Lives Matter advocates.  Sadly, they are being infiltrated by provocateurs as other peaceful protests have been.

This is why it’s going on, just like in the States.  They are seeking to remove our history.  This is what lawless people do so, being the useful idiots they are, in order to bring in a new form of government.

London, England: London’s mayor praised the removal of a statue of Robert Milligan, an 18th Century slave trader, after officials decided it was no longer acceptable to the local community pic.twitter.com/w28baRL9m1

Then there are the freemason cops taking their knees in submission.  Totally worthless.

Policing in London last week and this week.

Warning:  Some of the videos do have language.  However, this seems to be the one that I think sums up what the men of Britain are attempting to do and that is to give voice to those that have been suppressed.

Thousands of people gathered in London to ‘defend statues’, some got drunk and attacked police and journalists. pic.twitter.com/sWjJp5Gkru

Here’s some more video reports.  Forget that whole nonsense of social distancing, it just went right out the window, which is not a bad thing.

It’s been nice bumping into a number of YouTube supporters who have condemned the violence from both sides. Their message today is that they are sick and tired of Sadiq Khan and the way he’s handled this situation in London. pic.twitter.com/NuxCQvxVJj

15 patients were treated, including two police officers, for injuries at the protests in London today. Six of the injured members of the public were taken to hospital https://t.co/cswjGL5jCY

And this BLM protester is considered “peaceful.”  He’s got his foot in the guy’s stomach!

Shocking scenes in London today as a peaceful BLM protestor has his foot viciously attacked by the gut of a “right wing” protestor. pic.twitter.com/OiDCtt3sKT

Nope, not a black man here.

A Jewish man was stabbed in London yesterday in an apparent hate crime two construction workers held the guy down until police arrived, what’s interesting is how effective people are at handing the situation as simple civilians pic.twitter.com/njRoc5CbDw

And lest you thought it was just about color, these scenes in Wallsall, West Midlands were from yesterday. Police retrieved bats and knives after breaking it up.

The swarms of people today can be seen in this footage from the BBC.  Of course, the BBC doesn’t care about England and simply refers to everyone here as “right-wing thugs,” which some definitely are, but you’ll never hear them say that about the Black Lives Matter thugs, will you?

Tensions are rising at protests in central London as counter-protesters – who say they are there to protect statues during Black Lives Matter protests – clash with police.

Bottles and smoke bombs have been thrown at officers – follow live: https://t.co/e1kyuZJ79K pic.twitter.com/Fw2UKVCDLG

In all the plethora of videos depicting the thuggery in London today, I can’t say as if I’ve seen one individual who looks like he might have voted Remain.
Know what I’m sayin? https://t.co/HGfxvdKNB1

Police are conducting arrests in London. It’s all kicking off. pic.twitter.com/MMjQ0GKUzg

More gang attacks on one person in London.pic.twitter.com/yQjH2W5NNd

White people are now literally being lynched in London. pic.twitter.com/NoCKDtqRpy

Oh and these kind people.

Then there are the politicians. 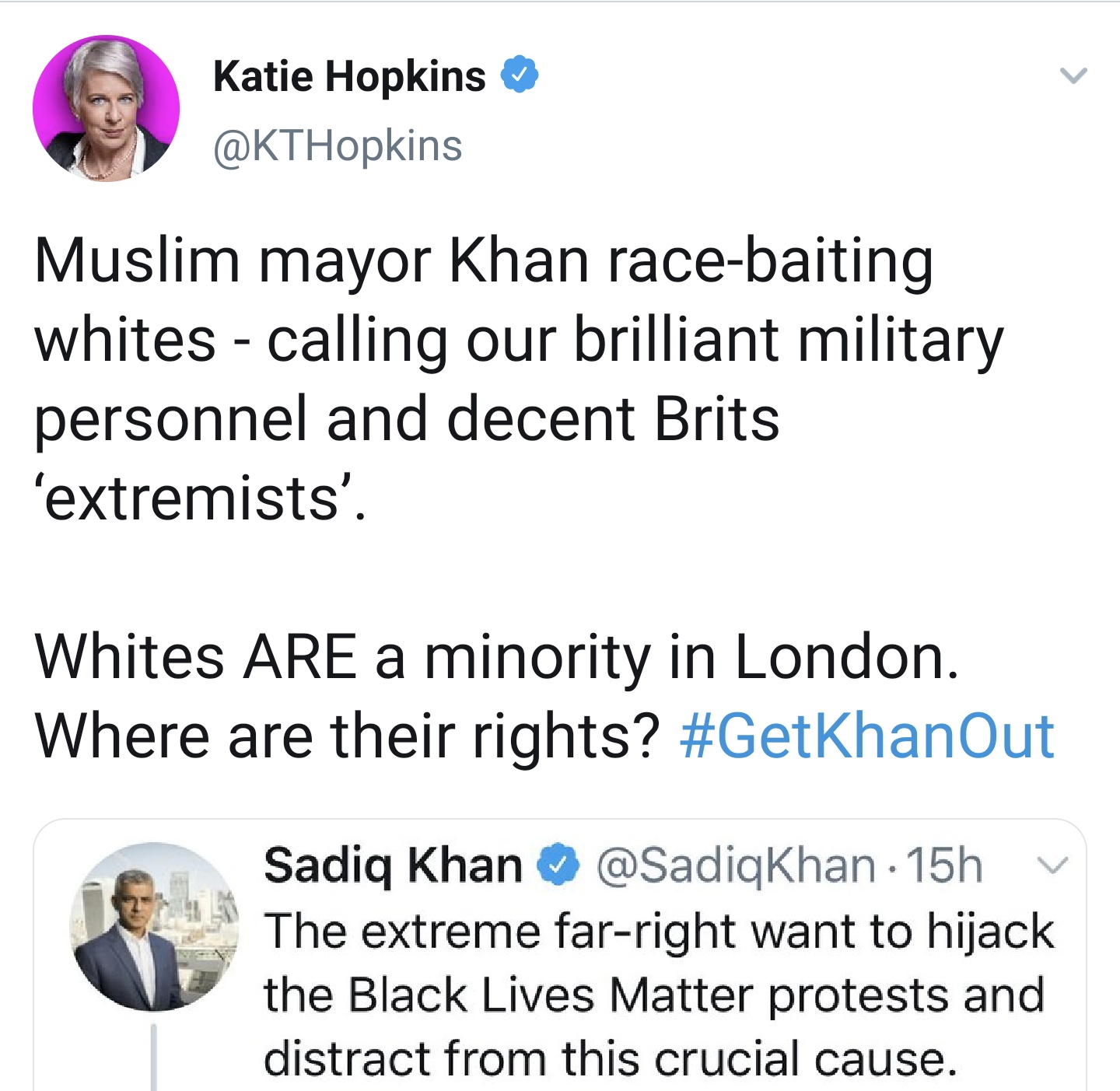 These are leftists and Black Lives matter people rioting in Paris today.
While theee has been violence among football hooligans in London, it’s not even remotely comparable to this.pic.twitter.com/Ii4DuqrVwm

If the law were enforced against criminal actions, this would never have gained any traction, but because we abandoned the just laws of God found in the Bible and the just punishments associated with violation of those laws, this is what we are reaping.