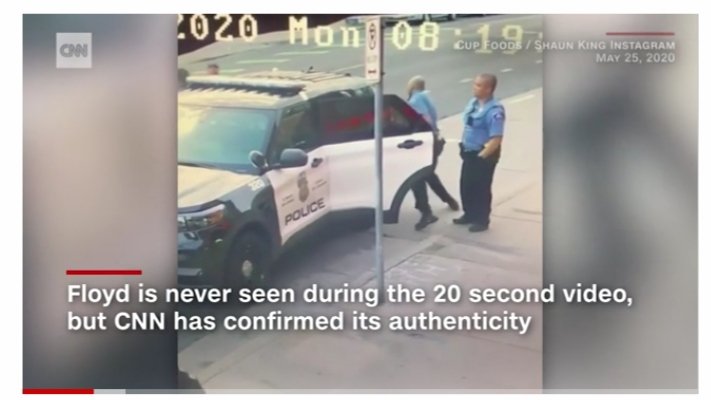 Originally published at Fellowship of the Minds. Reprnted with Permission.

More  and more information related to this event becomes available daily.  In an effort to not be fake news. I will be updating this post often..  For example, The original version of this post was based on a video that lead  me to believe the event happened on one street.  Later on after posting, a new, more complete video became available.  Irregardless,  my opinion on this event will not change.  I believe this event was staged. The embedded recording times in the  videos iis the proof. That is the focus of this post/research.  If  the information was not related to the video time, chances are I didn’t  include it. Sometimes too much information can be confusing and unnecessary once you have proven your point.  I believe this is one of those situations.  Any information I include that does not support my point, I do so in the spirit of information  sharing.

Given the obvious importance of accurate time and date in body cam videos. Real police officers would be sure time was correct.

In 1990 a CNN correspondent got caught pretending to be in a war zone during a live broadcast. Here we are in 2020 and CNN is still fabricating lies. Only this time their lies have caused serious damage to our country and our way of life. CNN should be shut down and everyone involved with this latest lie should be arrested.

Today I will show evidence that should leave no question about the George Floyd video being staged.

Why CNN? If you look at the screen shot below you will see “CNN has confirmed its authenticity”. CNN has accepted responsibility for the video.

Here are the reasons why I think the video is staged. ( I will be using screen shots from the CNN video to make my point.)

The following images are at the location where we are told Floyd was taken into custody and killed. The shots are from a dash cam video provided by the Police. Notice the view is directly behind Floyd’s vehicle. Floyd is exiting the vehicle and being put into cuffs.

The next shot is another camera view of the scene. You see Floyd’s vehicle and the officers engaging with Floyd and his passenger. We must assume the vehicle behind Floyd’s is where the dash cam shot was taken. I want you to remember that the vehicle doesn’t say police. Also, remember the side of the street is on and the direction of both cars.

The next shot is at the same angle. Rear vehicle is gone. We see Floyd in cuffs. In the upper left you will see the time 20:36. That would be 8:36.

The next shot is at the same angle. We see the dash cam vehicle gone and a marked police vehicle pulling in. Floyd and his passenger have been removed from his car and are being detained. They are at the bottom. We see Floyd in cuffs being walked to police vehicle.

Remember the direction of this police vehicle and remember that it says “Park Police”. The writing covers both doors on the side.

Take note of the time of the video in the left hand upper corner. 20:33. That would be 8:33. This occurred after the last shot but the time is 3 minutes prior to the last shot.

Keep in mind that these shots are at the same angle using the same camera.

All shots from this angle has “camera 2” written in the lower right hand corner.

The next 2 shot are from the same angle, different camera. We do not see Floyd. But we are lead to believe he is on the ground, on the opposite side of the car.

I want to point out that the police vehicle is facing the wrong direction.

Next I want to point out that the words “Park Police” no longer covers both doors. The rear door is blank. The front door just says “Police”. Why so many different vehicles?  Why park in the middle of the road.? Why have the suspect detained in open traffic? Standard police procedure would have him sitting on the curb or in the back of patrol car.  Real cops would not be putting their lives st risk by detaining a suspect, on the ground in open traffic.  Yet we see four of them out there.

With this many different police vehicle, one would usually be their supervisor.

Next, take a moment and check out the time in the video.

Now look to the upper right of both shots. It says,”cup foods/ Shaun King instagram “.

The final 2 shots are of Derek Chauvin and 3 officers with their knees in Floyd’s back. It’s at a different angle and vehicle is facing different direction of first marked police vehicle. It also appears to he a different car.

The times that are embedded in the video do not match the timeline of the event as it plays out.

A police officer detaining suspect in middle of street is highly unlikely. Four of them doing it, no chance in hell.

I’ve seen police park in the wrong direction.  Sometimes it’s  necessary.  This isn’t  one of those times.

The source, Shaun King is hardly a reliable source. Shaun King is an activist.  He isn’t  the most honest person in the world.  He says he is black but both his parents are white.  He used to be loved in the BLM  movement.  He also hates Trump..

Why would the restaurant turn over the video to King?  How many businesses turn over their security footage  to  whoever’s asks for it.

CNN says they got the video from restaurants owner.  That’s  a lie.  CNN puts the source  in the right hand corner of the video. They got it from Shaun King.

What we have here are some clips, poorly pieced together. This looks like a third grader’s first attempt at making a movie. I wonder if they knew the times were off.  The time these videos were filmed are embedded in the videos.

There is more than enough obvious evidence to call this video “Fake News”. DOJ should do a full investigation into this.

If Floyd was actually killed here, it was premeditated and CNN, Shaun King and these men should be tried for murder. Then face charges for the problems they caused for our country.

I doubt these were real police officers in the video.  The department dumped on them too fast. Getting fired before actual cause of death has been determined would not happen.. Getting rid of them fast would keep people from asking the department too many questions. These “cops” failed. They didn’t look like cops, didn’t  function like cops.   They looked like this was their first day on the job.

I did a background check on all 4 officers. One didn’t return any results. The search on the others came up empty on employment history and criminal record.

I did find people who I believe are the cops true identities.  I’m  not 100% positive so I’ll  keep that to myself.  Still not getting a employment history raises some flags. I’ve never seen a search that didn’t pull up a work history.

Derek Chauvin owns several properties and is pretty heavy into real estate. Which makes me wonder why he would be a police officer.  He appears to have plenty of money. I don’t see him throwing all that away.

I ran a background check on Floyd. Nothing came up in Minnesota. I had to search in Houston.

I found a extensive criminal record which included felonies. No employment history came up. No connection to the officers came up.  I can tell you this. He was no gentle giant.

Is George Floyd dead? Who knows. At this point I would need to see a body. Cannot trust any public official in Minneapolis. If he is dead, I don’t think it was a police officer that did it.

I don’t believe any of those men were police officers. No cop is going to take someone out to the middle of the street and kill that person while the cameras are rolling. Here we had 4 cops that were involved. None of them cared who saw what they were doing. They acted like they were putting on a show. That whole scene was something you would see in a Netflix series. Completely fabricated.

What I do see is CNN getting together with Shaun King and lie to the world. The evidence is there..

Read the Rest at Fellowship of the Minds