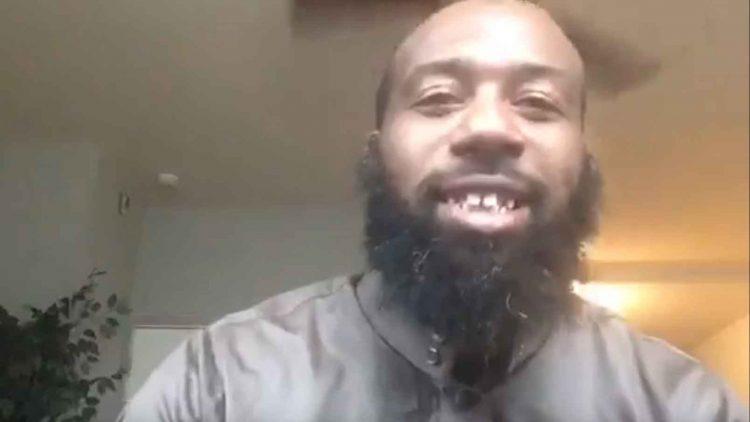 There is considerable evidence of Leftist/Islamic collaboration in the recent riots, and one Islamic scholar has called openly for more bloodshed. This should be, but probably won’t be, a matter of concern for intelligence and law enforcement officials, because this imam is not in Tehran or Lahore or Kabul: he is in Philadelphia.

The Middle East Media Research Institute (MEMRI) reports that on June 2, an Islamic scholar in the City of Brotherly Love, Nafis Abu Zayd Sparrow, uploaded a video to the Maktabah Ibn Taymiyyah YouTube channel in which he dismisses peaceful protests on Islamic grounds: “Even scholars of the past, they mention clearly that there is nothing found – no basis whatsoever – in the Quran or the Sunnah for demonstrations or protests.”

Sparrow mocked the Twitter wars and meme-making that characterize our current silly civil war: “When Allah told [Moses] to go back to deal with this tyrannical ruler, to deal with this tyrannical system – did He tell him to spit in their faces? Did He tell him to stand outside and do public demonstrations? Did He tell him to behave a certain way – to clown the President, make up all types of memes, say this about the president because it is the way you feel? Did He say to do all of that, and talk bad about Pharaoh?…So all of this Tweeting, speaking, celebrities – don’t follow them. ‘F Trump,’ that sounds good… Don’t follow them.”

What to do instead? Wage violent jihad: “To get freedom, brothers, it takes fighting, I’m sorry, unless you have got divine intervention….Moses didn’t need an army to fight. But go to Muhammad. Didn’t Muhammad have to fight? Go to all the prophets before – get your verses at the verses – did they not have to fight?”

Indeed, the Qur’an tells Muslims: “Fighting has been enjoined upon you while it is hateful to you. But perhaps you hate a thing and it is good for you; and perhaps you love a thing and it is bad for you. And Allah Knows, while you know not.” (2:216) Most Western counterterror analysts don’t know that this verse and others like it exist, or prefer to ignore the fact. But Nafis Abu Zayd Sparrow knows what the Qur’an says, and he expects his followers to obey its commands.

“I challenge you,” he says to them in the video, “show me where your power to vote ever changed anything. ‘Oh, we got Obama into office’ – and what did Obama do? Show me! People are not listening. We, as Muslims, have to use our insight. Show me!… I am saying that if you want to separate from the racism, from those people that are embedded with racism – then you have to remove yourself from the system itself and you have to create your system within the system.”

Sparrow expressed impatience for the white Leftists who co-opted the George Floyd protests: “And you have to become a formidable foe. And since we are not going to do that, we have yet to do that, and we have not shown to do that – then can you please stop with these senseless causing-more-harm-than-benefit demonstrations and being somebody’s guinea pig. That’s what I mean – a public demonstration within a public demonstration. They set you up and they put you there and use your call, your outcry and your outrage to make their own agenda. Then they bring other people, anarchists, Antifa, whatever you want to call them – different people came out and they all exploited the George Floyd situation.”

What’s more, “We have a protocol in Islam already for how this is supposed to be done,” and this would apparently involve demanding a Sharia enclave: “You gave Chinatown [sic] a Chinatown. You gave the Jews a whole police state in New York – think about it. All these other different minorities – you gave them things that they can do within their respective lands – you just didn’t give it to the indigenous black person.”

With Sharia enclaves in many European cities and Antifa enclaves now in Seattle and springing up in other American cities as well, law enforcement and intelligence officials would be wise to take Sparrow’s words seriously. But that is about as likely as Nancy Pelosi endorsing Trump and becoming his Vice Presidential candidate. Sparrow’s words will almost certainly not lead to any investigation. That would be “Islamophobic.”