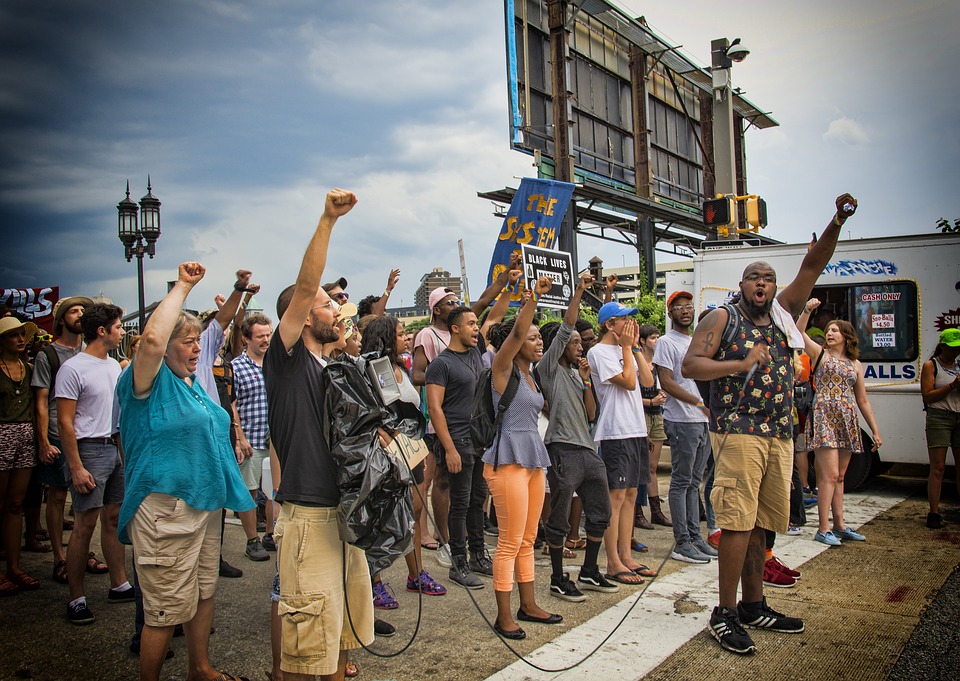 (Natural News) When a group of black lives matter (BLM) protestors made their way into downtown Olympia in early June, they set fire to American flags, smashed out windows and spray painted local businesses.

The mayor of the city, Cheryl Selby, supported BLM and their “peaceful protests” even as they rioted through her city and threatened people’s lives. To show her dedication to BLM, Selby pathetically went down on her knees, bowing to the left-wing mob. This ritualistic display of weakness has become a nationwide phenomenon of cowardice, a mass hypnosis event that is gripping democrats and other local leaders as they kneel in cult-like fashion to violent Left-wing mobs.

According to the Daily Wire, a group of 50 BLM terrorists, dressed in black, marched toward City Hall and downtown Olympia, spewing trash from garbage cans and taking road construction signs, while causing damage to property. A second group of thirty followed behind and tried to put things back in order.

Despite kneeling to the violent Left-wing BLM mobs, mayor Selby’s home was attacked by them

After getting their boots licked and their violence endorsed by the mayor, the left-wing BLM mob decided to take advantage of mayor Selby herself. Just a week later, they targeted her house and vandalized it, spraying painting BLM on her front door. As they vandalized her property, they chanted, “Abolish the police!” When they were done at Selby’s house, they headed back downtown where they continued to spray paint store fronts, street signs, lamp posts and sidewalks.

Now mayor Selby is waking up out of her stupor and changing her tone. She didn’t quite care when ordinary men and women were having their businesses destroyed. She backed down when BLM thugs stormed the streets, busted out windows, and burned the American flag, but now that her house has been attacked, she finally cares. In fact, she is now calling what the BLM did “domestic terrorism.”

She went on, “It hurts when you’re giving so much to your community. People have so little grace for each other right now. We need to have more grace,” Selby said.

She added that “it’s pretty traumatic when somebody comes to your home.”

It still remains to be seen whether mayor Selby will continue to cater to BLM demands, whether she will hold the terrorists accountable or continue kowtowing to their demands. Scared for her life after fifty thugs were banging on the door of her home residence, she may ultimately decide to act out of fear and cowardice and bow a little more to their demands. It still remains to be seen whether she will scale back the police force, forfeit the rule of law, and abandon her oath of office.

“Every day since his murder (George Floyd), our country has shaken, convulsing between fear, rage and nausea,” Selby said, condoning the current wave of BLM lawlessness. “We should feel sick. Those of us who hold the most microphones in our communities should feel nauseous,” she said.

But instead of using her microphone to encourage BLM lawlessness and cater to Left-wing rage and communism, she could start using her microphone to condemn the BLM violence that is destroying property and threatening innocent lives in cities throughout the US and the world. Otherwise, she’s either complicit in the terrorism, or a downright coward who will continue to be taken advantage of.