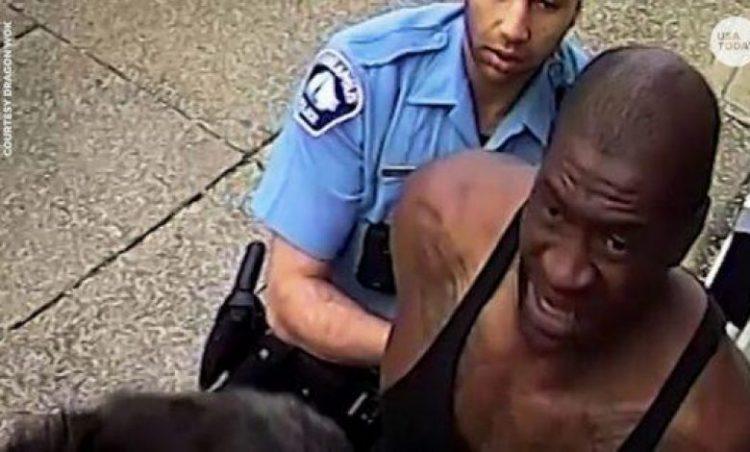 So, while the mainstream media from Fox News to MSN to CNN to others in between to us that George Floyd never resisted arrest, video shows otherwise.  Now, before you take a look at the video, understand that I do not believe this should have resulted in the man having an Israeli-trained knee in the neck for eight minutes that would ultimately kill him, but it does show you that the mainstream media has an agenda and that agenda is to incite the people.

The mainstream media had this content but chose not to show it.

Well, consider Operation Mockingbird and the agenda to divide the people and bait them towards a “race war.”

Over at Fellowship of the Minds, the Deplorable Patriot writes:

Video footage the MSM fake news conveniently kept out of their “breaking news story” has surfaced of George Floyd resisting arrest for around three minutes.

Would this have stopped the riots? No. Fake news had made their minds up. They were going do their part at destroying the country. They were sticking to the plan.

*”One of the most obvious ways to tell I’f [sic] a event could be faked is paying attention to the news release. It’s a dead giveaway when you see all the networks releasing the same exact story, at the same time.”
This video just adds to the long list of events that fake news got caught at “faking news”.

There you have it.  Floyd did indeed resist arrest.  The entire fake news complex lied to you, again.  They specifically said Floyd didn’t resist arrest.

This is just another example why I quit believing everything the news media puts out..  Some might think that’s a little extreme.  No. It’s the only logical, smart solution.  The days of me saying “they lie sometimes but usually they are pretty honest”  were gone long ago.  If you say you can tell the difference simply by using your best judgement, all you are really doing is selecting what you feel comfortable with. That does not make it true.

People saw the video.  They saw Floyd die.. Somebody mentioned in the comment section in a prior post of mine.  Something along the lines that “it’s going to take more than different time stamps to change my mind”.

Five simple points, out of many.

So, we were lied to in this regard, and some have professed that we were lied to about the entire incident and that it was staged.  That very well could be the case.  After all, unless we were actually there and could identify the man and then went to the morgue to see his deceased body, I question everything at this point.  However, being provided the information we were provided, this provided cover for how some began to gain from this incident.

Who gained?  Deplorable Patriot lists those too.

As the old saying goes, follow the money to see who profits and all those above profited, but so did the MSM.

I wonder if self-professed “news nutritionists” Newsguard will be calling out all those outlets they gave green badges that I mentioned above as less than truthful.  I’m not gonna hold my breath.