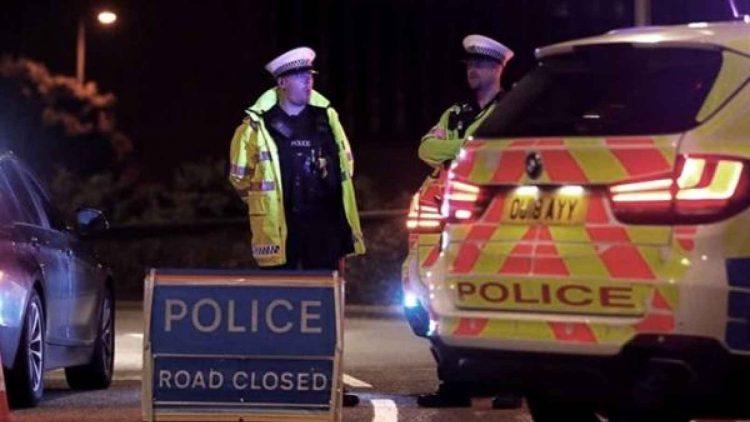 At this point it’s a joke – aside from the dead and wounded bodies. The jihad continues, but the denial and willful ignorance of authorities in Britain, and all over the West, is absolute and impenetrable. The latest episode in this grim comic opera came Saturday in the English city of Reading, when a Muslim migrant from Libya named Khairi Saadallah went on a stabbing spree, striking at people’s necks as per the Qur’an’s command (47:4), killing three and wounding three others. British authorities initially and uncharacteristically stated that the attack was terrorism, but counterterror top dog Neil Basu backtracked, saying “the motivation for this heinous act is far from certain.”

Of course. When is the motivation of an Islamic jihadist ever certain?

The “far from certain” motive wasn’t enough: the British authorities didn’t stop there from dragging out the moldy oldies, the hoary clichés of jihad denial. The Independent reported Sunday that “police are understood to be investigating mental health issues in connection with the attack.” It is a longstanding pattern, for the UK government and others, to whitewash clear incidents of jihad activity by ascribing them to mental illness. It’s funny how so many Muslims with “mental health issues” go on stabbing sprees, but shhhh – you’re not supposed to notice that. This form of denial is so common that the Diagnostic and Statistical Manual of Mental Disorders (DSM) should in its next edition add a new category of mental disorder, Islamic jihad.

The Independent, surprisingly more realistic than the British police, also noted that “Isis has incited its supporters to carry out low-technology terror attacks using knives and vehicles around the world. The terrorist group released advice on picking ‘soft targets’ containing crowds of people but low security. The tactics have been used in several recent terror attacks in the UK, including at Fishmongers’ Hall in November and Streatham in February.”

Indeed. The Islamic State issued this call in September 2014: “So O muwahhid, do not let this battle pass you by wherever you may be. You must strike the soldiers, patrons, and troops of the tawaghit. Strike their police, security, and intelligence members, as well as their treacherous agents. Destroy their beds. Embitter their lives for them and busy them with themselves. If you can kill a disbelieving American or European — especially the spiteful and filthy French — or an Australian, or a Canadian, or any other disbeliever from the disbelievers waging war, including the citizens of the countries that entered into a coalition against the Islamic State, then rely upon Allah, and kill him in any manner or way however it may be….If you are not able to find an IED or a bullet, then single out the disbelieving American, Frenchman, or any of their allies. Smash his head with a rock, or slaughter him with a knife, or run him over with your car, or throw him down from a high place, or choke him, or poison him.”

Neil Basu may be right: that call or something like may not illuminate Saadallah’s motive at all. But there may be no further evidence to go on. If his stabbings – in the neck, the Qur’an-prescribed target — of random people really were an act of jihad, as we have seen so very many times before, Saadallah wouldn’t be carrying an ISIS membership card. He need not have had contact with any ISIS members to have heard about that call and decided to heed it.

Meanwhile, maybe Khairi Saadallah really does have mental health issues. But that does not actually preclude the possibility that his attack was motivated by Islam’s teachings of jihad. No one ever seems to ponder why it is that so many Muslims with mental health issues somehow get the idea that stabbing random non-Muslims is the thing to do. To consider such a question, of course, would be “Islamophobic” on its face, and “Islamophobia” is the one vice that law enforcement and intelligence officials are determined to avoid at all costs.

If Britain is to survive as a free society, which seems quite unlikely at this point, this refusal to face up to what the country is facing must be challenged and rejected. But there appears to be no movement whatsoever to compel the government to end its resolute willful ignorance. Has the whole world lost the ability to think clearly? Will this incident be investigated properly, with examination of all contingencies? Almost certainly not. Today’s political and cultural climate, not just in Britain but all over what has up until recently been known as the “free world,” makes that virtually impossible.