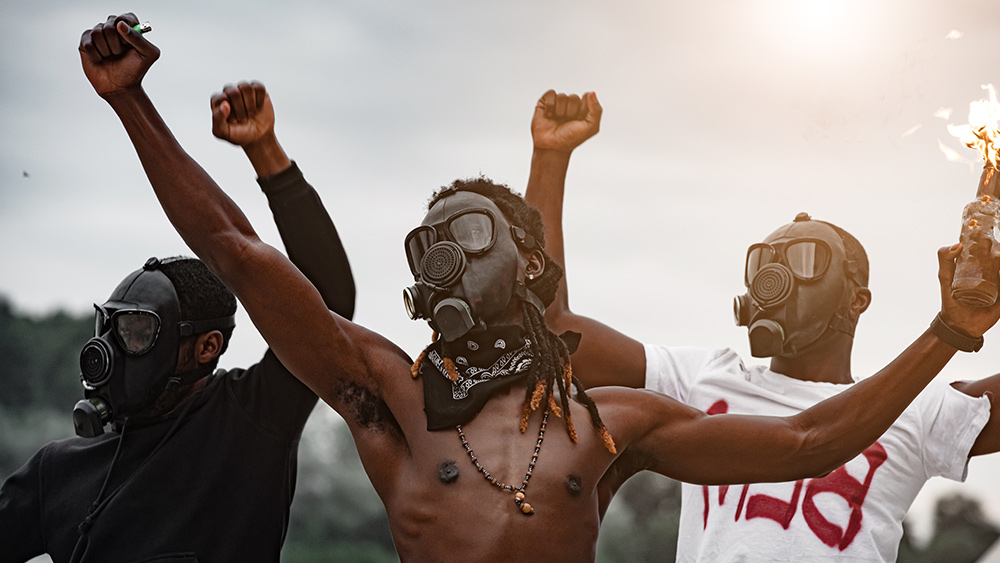 (Natural News) Law enforcement in Flint, Michigan decided to let a black man off the hook after he assaulted a white man in a Macy’s store. Right now in the U.S., white people are being shamed and told to submit to black power and the Marxist black lives matter (BLM) movement. Police officers are taking less action against black people, for fear of backlash from the growing BLM mob and Antifa terrorists who continue to pillage cities across the country.

It seems an entire race of people now have the impunity to commit violent crimes across America without consequence.

Blacks now have total immunity against prosecution for violent crime across America, even when their violent crimes are caught on video. The Macy’s video shows a cowardly black thug knocking a smaller white man to the tile. The thug proceeds to punch the man while he’s lying on the floor. The thug continues to intimidate, attack and use expletive racial slurs. The white man is knocked around on the floor, and begs for mercy as the bigger thug stands over him and kicks him around.

“Yes we are investigating and at this point, no one is in custody,” said Flint Township Lt. Brad Wangler. It turns out that black thugs can assault anyone they want in broad daylight, and law enforcement are too timid to uphold the law for fear of retaliation from the black lives matter mob. Why would the Flint Michigan police department be “investigating” a crime that is straightforward, with video evidence? Is black on white violence now justified in the eyes of the law? This is exactly the kind of racially-motivated thug rule that the black power movement wants to replace law enforcement with.

The suspect wrote on Facebook, “This not the whole video but Me and bro in the mall n shit and he ask this man otp did this shirt look to little he told him yea and kept talking on the phone then mumbled talking bout sum “ no one just sum n***er” he thought we ain’t hear em because his mask was on #blackpower.”

Instead of tracking the aggressive suspect down, the police department is continuing their “investigation.” Perhaps the black man is justified because he heard the white man mutter a racial slur while he was talking on his cell phone. Apparently the suspect believes that overhearing a racial slur absolves him of his crime of assault. More black power activists took to social media to applaud the act of violence committed against the smaller white man. Macy’s, trying to appease the black power mob, wrote a statement that stopped short of denouncing the violent act by the black thug.

“We are deeply saddened about the incident that took place on Monday at Macy’s Genesee Valley as the safety of Macy’s customers and colleagues is our top priority,” stated Andrea Schwartz, senior director of media relations for Macy’s. She added, “We take these situations very seriously and are working closely with local authorities on this investigation, deferring all comments about the case to them per policy,” she added.

As the BLM continue to rampage cities, cops are backing down, and black power cowards are enjoying this race war against their shameful, privileged enemy: white people. In another incident in Ocean City, MD, a mob of black thugs were filmed from a hotel room repeatedly beating a couple of white youth. No law enforcement arrived on the scene and the mob got away with their crimes.

Mob rule, racially-motivated to its core, continues to target white people, sadly, as law enforcement is shamed and silenced as if it is the problem.