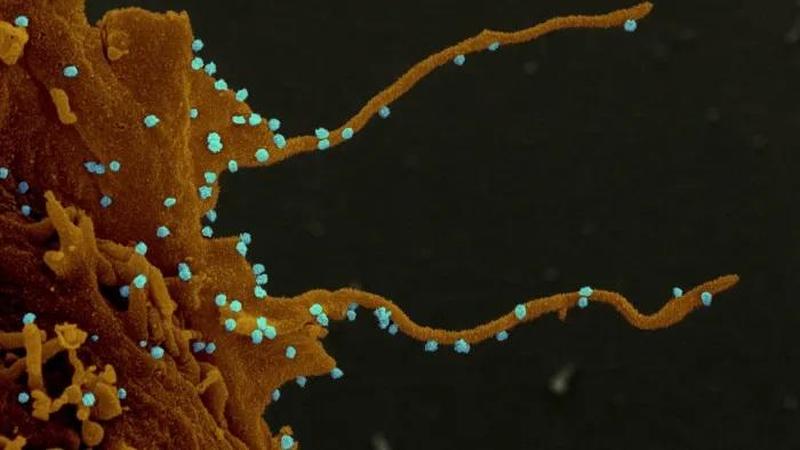 The virus behind COVID-19 causes infected cells to sprout ‘tentacles’ which allow the virus to attack several nearby cells at once – poking holes which allow the disease to easily transfer inside.

This nightmare fuel was discovered by researchers led by the University of California, San Francisco.

“There are long strings that poke holes in other cells and the virus passes through the tube from cell to cell,” said UCSF’s Director of the Quantitative Biosciences Institute, Professor Nevan Krogan. “Our hypothesis is that these speed up infection.”

The images taken by scientists at the National Institutes of Health (NIH) laboratory in the US and University of Freiburg in Germany will be published in the medical journal Cell on Saturday.

Most viruses do not cause infected cells to grow these tentacles. Even those that do, such as smallpox, do not have as many or the same type of branching as Sars-Cov-2, the virus behind Covid-19. –FT

According to the report, the silver lining is that the tentacle discovery may pave the way for a number of drugs to work against the disease – most of which were previously being used to treat cancer.

“It totally makes sense there’s an overlap in anticancer drugs and an antiviral effect,” said Prof. Krogan, who added that cancers, HIV and SARS-CoV-2 are all searching for the “Achilles heel of the cell.”

Potential drugs include silmitasertib, made by Taiwan-based Senhwa Biosciences – which is working with the NIH on trials in the US. The drug works by inhibiting the CK2 enzyme which is used to build the tubes.

The drug is one of five which were found to be more effective against the virus than Gilead’s remdesivir, including FDA-approved Xospata (aka gilteritinib) made by Japan-based Astellas Pharma, Eli Lily’s FDA-approved abemaciclib (Verzenio) and ralimetinib, and dasatinib, made by Bristol-Meyers Squibb.

Remember, the official narrative is that the virus – which specializes in infecting humans and packs ultra-rare ‘infection tentacles’ – did not emerge from a Chinese biolab located at ‘ground zero’ for the pandemic, where scientists had previously come under international scrutiny for conducting ‘gain of function’ experiments in which chimeric coronaviruses were genetically engineered for the sole purpose of infecting humans.