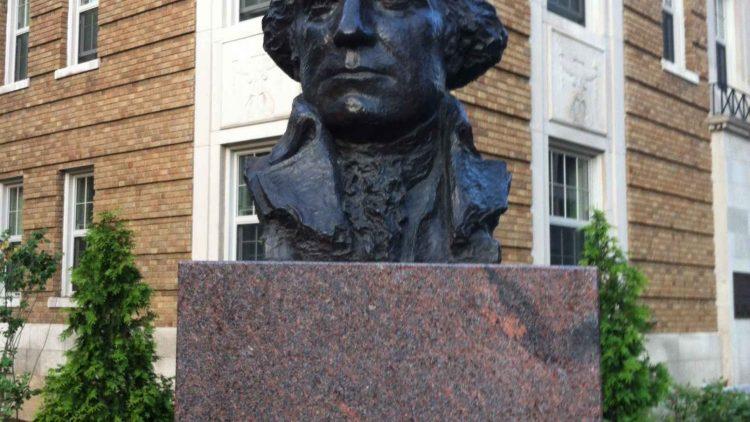 When you accept the premise, you have to accept everything that follows.

And good old GWU in D.C. has shrugged at the toppling of a mighty bust of Washington.

The Hatchet reports that one of our iconic busts of George Washington was torn from its foundation on campus. It has not however been discussed by the University or attributed to protesters.

The news of the toppling of our own statue received surprisingly little coverage by The Hatchet and I did not hear any public statement from our Administration. I would have hoped that our university would have denounced this criminal act as a senseless and unacceptable act.

It certainly would seem to warrant a tad more than “A GWPD officer found the head of a George Washington statue removed from a stand. The head was found laying at the base of the stand. GWPD called Facilities Services following the discovery.”

The event was first noted by Kara Zupkus of Young Americans for Freedom at GWU. As Turley notes, the university has not commented on it and thus has not committed to restoring the bust.

The bust was donated to the university in honor of the bicentennial. It was sculpted by Avard Fairbanks, a Mormon sculptor, whose work appears all over D.C.