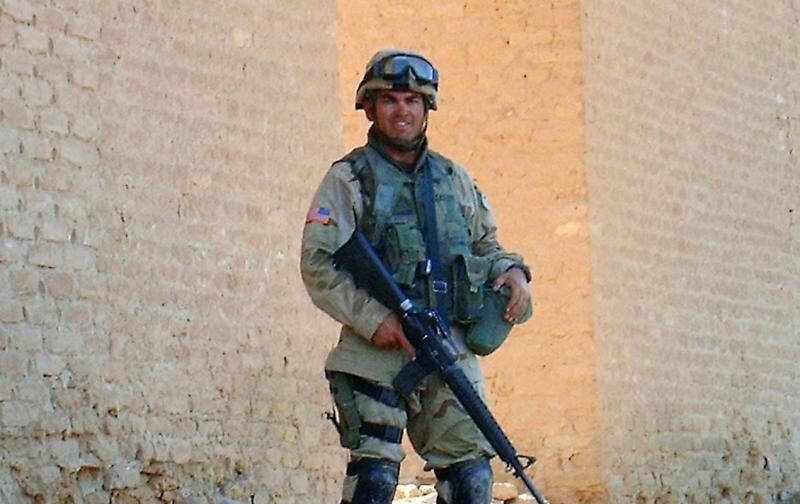 As the American homeland is roiled by conflict, a combat veteran’s hymn to comradeship and patriotism has reverberated on social media among warfighters who long for the lost clarity of war.

“I miss the battlefield,” wrote Jim Lechner, an Army Ranger and retired officer, in a social media post.

“Not the burning heat, the ache of heavy armor or the cold darkness of hostile ground. I miss the clarity.”

A veteran of multiple Special Operations missions, Lechner has spent much time downrange, and was wounded in the 1993 Battle of Mogadishu in Somalia.

Now a history professor, he told Just the News that he wrote the essay because he now sees too much negativity within the United States, and he wanted to say something positive.

“I wanted to remind my comrades that there’s a better way than this,” Lechner said.

In the essay that he posted on Facebook, Lechner recalled combat where the enemy “churned, blended, twisted and turned.” He described pandemonium with one saving constant: his countrymen.

“Americans were like rocks, Gibraltars in a storm,” he wrote. “In the midst of the chaos, Americans were handholds on the cliff, bridges over the abyss of terrorism and treachery.”

In the thick of fighting, the only thing he looked for was an American uniform.

The camouflage and combat literally and figuratively melted everything else together,” Lechner wrote. “No race, no religion, no politics, just Americans.”

Within hours of posting the note on Sunday, hundreds responded, sharing and resharing the sentiments.

“I don’t know if every service person can relate, but every warrior can!” wrote one Army veteran who is black.

“Actually we were just one race, Marine Green,” posted a veteran who is white and who served in Desert Storm.

One Army veteran who served with Lechner in Afghanistan took what for him was a rare action, and shared the post.

“It struck a chord with me because he says clarity, and I get that,” retired Army Col. Tim Nye told Just the News. “The war really is clear compared to what we have now.”

The post talks about unity, said Nye, a Ranger and Special Operations veteran.

“In the battlefield, it’s us, Americans, regardless of our background,” Nye said. “He’s talking about the bond. He’s talking about simplicity, especially if you fight for your life. Jim has fought for his life before.”

The essay overall would resonate with anyone who knows what it’s like to have a shared bond, Nye said, adding, “He’s talking about holding on to shared experiences that hold us together rather than what tears us apart.”

I miss the battlefield. Not the burning heat, the ache of heavy armor or the cold darkness of hostile ground. I miss the clarity. We were fighting an enemy, who though often vile, was completely clear on his cause and beliefs. They were willing to live hard and die hard for what they believed in, no matter how misguided.

Most of all I miss Americans. In a war between tribes, religions, sects and ideologies, the enemy often churned, blended, twisted and turned. But Americans were like rocks, Gibraltars in a storm. In the midst of the chaos, Americans were handholds on the cliff, bridges over the abyss of terrorism and treachery.

The battlefield is the great crucible. On our battlefields the one virtue that mattered was an American would stand fast and have your back. The bond and the lifeline in combat were other Americans. The Americans to your left and right had no hyphens. I scanned for NODs and kevlars not faces or skin. In a street or alley, on the side of a mountain or sand berm all I looked for was an American uniform with a shoulder flag.

The camouflage and combat literally and figuratively melted everything else together. No race, no religion, no politics, just Americans. There is clarity and a physical purity in that. Today at home, in the United States, I miss the battlefield.