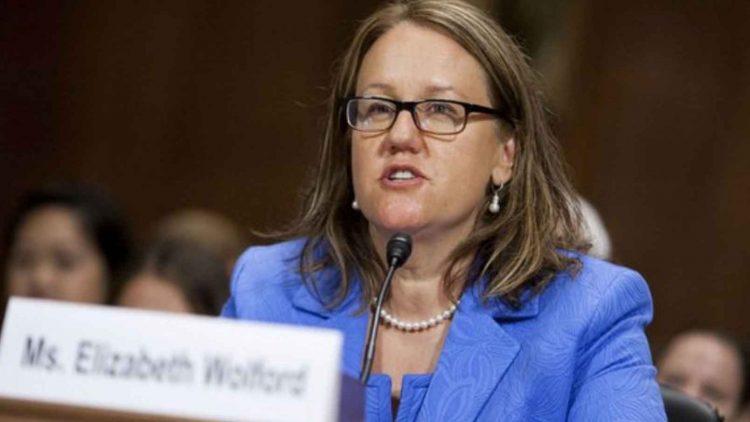 Not long after 9/11, Adham Amin Hassoun, a Lebanese ‘Palestinian’ computer programmer, was arrested at a Florida traffic stop. The arrest had been a long time coming.

Hassoun had entered the United States on a student visa in 1989 and quickly got involved in Islamic terrorism. By the early 90s, the FBI had noticed Hassoun because of his conversations with the Blind Sheikh, the Islamic cleric at the center of the World Trade Center bombing and even larger terror plots targeting New York City landmarks.

The Blind Sheikh was the leader of Gamaa Islamiya or the Islamic Group, a Muslim Brotherhood splinter terrorist group responsible for horrifying atrocities like the brutal Luxor Massacre of foreign tourists, including women and children, where the Islamists had tortured young girls, cut off ears and noses, and left a note praising Islam inside a disemboweled body.

Despite, or perhaps, because of their atrocities, the Islamic Group won the support of leftist advocates like Lynne Stewart: the National Lawyers Guild member who was convicted of helping the Blind Sheikh relay guidance to his terror group from prison.

“The FBI has identified Hassoun as a focal point for communications among persons associated with AGAI and with the international radical fundamentalist community. He has been a major fundraiser for extremist Muslim causes in Chechnya and Bosnia and, since as early as 1994, is believed to have recruited… ‘mujahideen,’ for those conflicts.” the FBI’s counterterrorism section chief had warned.

According to the FBI report, Hassoun had been a member of Gamaa Islamiya. By the second half of the decade, he had moved on to Al Qaeda acting as a registered agent for the

Benevolence International Foundation. Despite its ‘benevolent’ name, BIF was a front for Al Qaeda and its name originated with an organization run by Bin Laden’s brother-in-law.

After the Saudis shut down BIF, it headed to Florida, where Hassoun helped out.

Hassoun had become quite fond of Osama bin Laden. “May Allah protect him,” he told one of his collaborators during a phone conversation after the Al Qaeda leader had threatened to carry out attacks against America in a CNN interview.

Experts at Hassoun’s trial later noted that the Islamist had called Bin Laden,

“We have captured a known terrorist who was exploring a plan to build and explode a radiological dispersion device, or ‘dirty bomb,’ in the United States,” Attorney General John Ashcroft announced in 2002.

The terrorist in question was Jose Padilla, a convert to Islam, and the man who recruited him was Hassoun. When a top Bin Laden lieutenant exposed Padilla’s plans, the feds finally took down  Hassoun and the Islamic terror cell with its coded conversations about soccer matches in Somalia, tourism to conflict zones, and checks with memos for Kosovo or Chechnya.

Hassoun also owned an illegal handgun and had allegedly given an order to kill a woman.

Along with Padilla, and other associates, Hassoun was convicted of conspiracy to murder, kidnap and maim persons in a foreign country, as well as conspiring and providing material support to terrorists.

By then, Hassoun had been living for nearly two decades in the United States, despite coming here on a student visa, and had spent much of that time involved with Islamist terror groups.

And the court sentenced him to 15 years in prison.

Hassoun’s prison term ended in 2017. The United States had already tried to deport him in 2002. It tried to deport him yet again, but Lebanon wouldn’t take him back because it doesn’t recognize its fellow Arab ‘Palestinians’ as citizens, even though he came from there and his family still lives there. Meanwhile, the US has provided over $100 million in aid to Lebanon.

ICE has been stuck with Hassoun for three years because it can’t deport him or release him.

“You assumed a leadership role in a criminal conspiracy to recruit fighters and provide material support to terrorist groups, and because you remain a continuing threat of recruiting, planning, and providing material support for terrorist activity,” an ICE letter to Hassoun noted.

Meanwhile, the Islamist has become a popular case for lefty allies of Islamic terrorists. The media chose to ignore Hassoun’s past while accusing President Trump of trying to permanently detain him. Its current stories about Hassoun portray him as a victim of Trump’s abuse of the Patriot Act while neglecting to mention his praise for Bin Laden, only support for “militants”.

Meanwhile, his lawyer claimed that Hassoun just wanted to be with his family, even though his wife and children are living in Lebanon.

While the legal basis for detaining Hassoun is crystal clear, Judge Elizabeth A. Wolford, an Obama appointee, decided that the convicted conspirator couldn’t possibly be a threat.

“If he really is the person that is depicted in the FBI director’s letter, the concept that the government just wants to send him to some other country and let him on the loose,” Judge Wolford argued. “It doesn’t hold together.”

That would be a better argument if her own boss hadn’t freed Taliban leaders and countless other Gitmo detainees, despite the risk they posed, because he wanted to close Gitmo.

Wolford isn’t that stupid. No one involved in the criminal justice system could be.

The FBI and other national security agencies frequently know a lot about an Islamic terrorist’s activities that they can’t bring into court or that would successfully lead to a conviction.

Jose Padilla, the terrorist Hassoun recruited, was accused of trying to assemble a dirty bomb, but the evidence could never be brought into court because it was taken from an Al Qaeda senior lieutenant through an interrogation process that isn’t legal in the United States.

Jailhouse informants have even suggested that Hassoun may still be up to his old tricks.

But the Obama judge chose to dismiss their statements as hearsay and to order ICE to release the convicted terror supporter by Thursday, while censoring the location where he will live in Florida to protect Hassoun from the American people, insisting that he poses no threat.

“The Court also is not persuaded that Petitioner’s criminal convictions show that there is a risk of irreparable harm,” Wolford’s decision sneers. “The underlying conduct that served as the basis for those convictions ended almost twenty years ago.”

To whatever extent it ended, it did so because Hassoun was locked away behind bars. Now that will no longer be the case. The Lebanese immigrant spent much of his life as a free man in this country engaged in the promotion and support of Islamic terrorism. From his ties to the Islamic Group to his role in distributing Jihadist magazines and then his enthusiasm for Al Qaeda, his record has been consistent. Just as consistent as Obama’s record in enabling terrorism.

Wolford’s decision is yet another gift to Islamic terrorists from its biggest political backer.