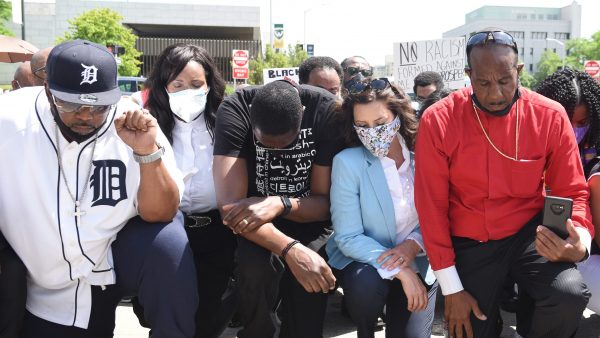 Because blacks commit the vast amount of violent crime in Michigan, a state that is only 14 percent black.

So what happens if a white person calls 911 on a black individual and the the state of Michigan determines it was “racially motivated?”

Well, it will be considered a hate crime according to a proposal by the Democrat governor of Michigan. [Gretchen Whitmer: Ban chokeholds by police, make racially motivated 911 calls hate crimes, Detroit Free Press, Jun 29, 2020]:

The measures were among a new series of police reforms called for by Whitmer, who on June 3 announced other measures she wants enacted in Michigan, including requiring police officers to intervene if they see colleagues using excessive force.

Whitmer called for the ban on chokeholds as protests continue in Michigan and across the country over the Memorial Day death of George Floyd, after an arrest by Minneapolis police in which a former officer used his knee to press down on Floyd’s neck for nearly nine minutes, despite the fact Floyd said he could not breathe.

“All Michiganders, no matter their community or the color of their skin, deserve equal treatment under the law,” Whitmer said in a news release.

Just make it illegal to call 9-1-1 on a black criminal. That’s the only way for white people to actually check their privilege once and for all.

Black People in the News