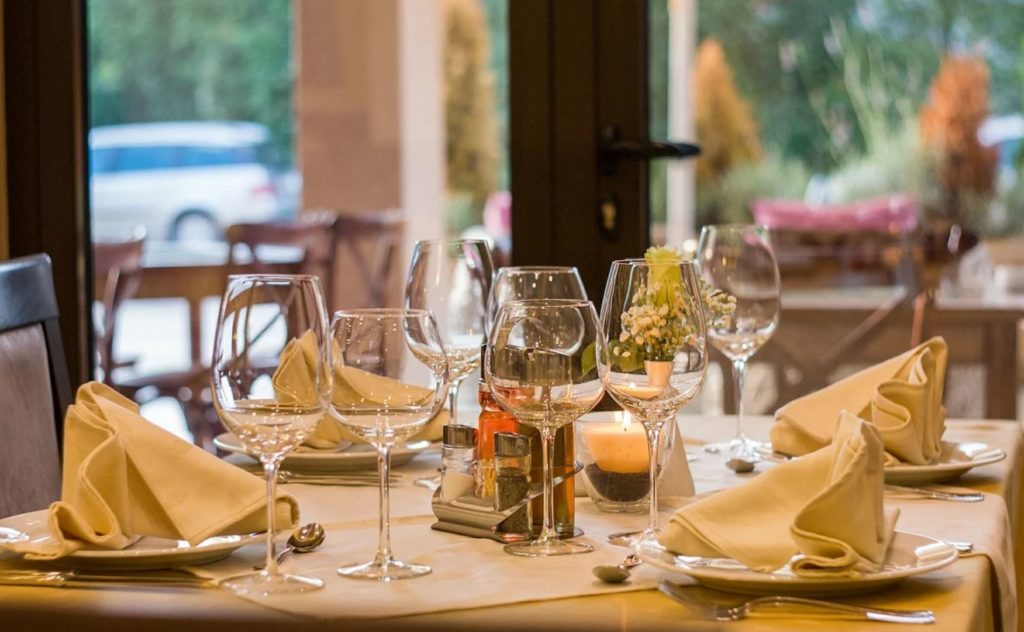 The majority of restaurant owners around the city did not pay their entire rent in June, with 36% skipping out on it altogether, as the coronavirus pandemic continues to make it harder for eateries to survive, a new survey found according to Commercial Observer.

The nonprofit New York City Hospitality Alliance surveyed 509 restaurateurs around the city and found four out of five didn’t pay the full June rent. Of those, 90% said they paid half or less last month.

“Rent is putting enormous financial pressure on restaurants, bars and clubs after four near-fatal months of economic disaster in which many have already shuttered for good,” said Andrew Rigie, executive director of the NYC Hospitality Alliance.

“Pre-pandemic, it was incredibly difficult to run a successful restaurant,” added Rigie. “These conditions, the longer that it goes on, is going to make it more and more challenging for small businesses to ever recover. The vast majority of small businesses will not be able to pay back months of missed rent.”

As the report further notes, the survey also found that landlords have been unwilling to give restaurants a break: 60% of restaurant owners said their landlords refused to give them deferments during the pandemic, while only 10% were able to renegotiate their leases. In total 73% of landlords — also under economic stress — refused to waive rent payments for their restaurants, bars and clubs in June, the poll found.

“Our small businesses urgently need support on rent, so government officials, landlords and banks need to work together to find a solution. Whether it’s direct rent subsidies, deferring rent and extending payment schedules to the back end of lease agreements, and other creative ideas, we are in the midst of a rent crisis and need action now,” Rigie said adding that restaurant owners are “hanging on by a thread and they’re exhausting their personal savings in the hope of one day getting their business up and running again.”

Even with the challenges and debts piling up, owners said most aren’t looking to close up shop.

“The idea of walking away right now is not something that most folks want to do,” said Karl Franz Williams, the owner of Harlem’s 67 Orange Street cocktail bar who was able to get a rent break from his landlord. “They want to figure out how to make it through. [Owning a restaurant is] not something most of us are doing just for the fun of it.”

Emergency restrictions put in place to curb the spread of the coronavirus forced restaurants and bars to switch to take-out and delivery models since late-March. Owners dealt with a significant drop in revenue and were forced to lay off thousands of workers.

The city began to ease restrictions in June as the number of cases dropped and last week restaurants and bars were allowed to start outdoor service. While that has helped, Rigie said that most of the extra funds generated from outdoors sales immediately went to rent and other expenses.

And as the number of people infected with coronavirus began spiking in other states around the country, Gov. Andrew Cuomo indefinitely postponed the return of indoor dining around the city this week, which was scheduled to start on July 6. Rigie said the move could cause more restaurants to permanently shutter.

Williams said the return of indoor dining likely won’t be the shot in the arm for restaurants most people think it will be. He owns an eatery in New Haven, Ct., The Anchor Spa, which has been allowed to start indoor dining but the spot is still doing 30 percent of its pre-COVID-19 sales.

“We’re not back yet, we’re still struggling and indoor dining is not the end-all,” he said. “There’s still a lot of trepidation of being inside a small space.”

Plus, landlords and other debtors will think it’s business as usual once indoor dining returns and will come to collect debts, Williams said. And re-opening indoor seating too soon could be the death knell for many businesses if a second-wave hits.

“The only thing worse than delaying restaurants opening indoors is to have them re-open and then shut down shortly thereafter because of a spike of COVID cases,” Rigie said. “While there’s an urgency to start opening and generating revenue, there’s a great fear that it can result in a spike of coronavirus and that would further devastate the industry and make it more unlikely that these businesses will ever recover.”

What would be a bigger help than returning indoor dining for owners would be for the government to step in with either rent subsidies, deferrals or other methods to keep restaurants alive, Rigie said.

“We need all levels of government, the banks, the landlords and the commercial tenants to come together and figure out how to deal with this situation,” he said. “We just can’t keep ignoring it.”

“We’re eager to work with lawmakers and industry leaders on any tangible plans that provide immediate relief to struggling restaurants and nightlife venues across the city before it’s too late.”

Another form of relief would be to extend take-out and delivery alcohol sales along with the cap of third-party delivery fees implemented during the pandemic until months after the epidemic finally wanes, Williams said.

“Everything is uncertain right now, we don’t know if there’s going to be another wave,” he said. “That’s why I really hope that our elected officials will make some of the things that they’ve given us more permanent. Running your business in a total state of insecurity, where you don’t know what’s going to happen, is not a way to run your business.”