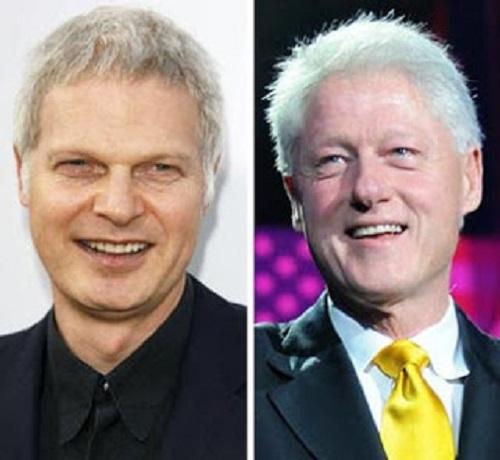 I’m sure this is just a coincidence, right?  Just prior to the arrest of Ghislaine Maxwell this week, Hollywood producer and long time friend of Jeffrey Epstein and Bill and Hillary Clinton, Steve Bing, is alleged to have thrown himself off his apartment building.  Of course, this alleged suicide is claimed to have been due to depression.

Steve Bing, the film producer and wealthy financier who fathered a child with actress Elizabeth Hurley, has died. He was 55.

The Los Angeles County Medical Examiner-Coroner’s Office listed Bing as deceased on its website on Tuesday. His cause and manner of death are still pending an autopsy report.

“The decedent was pronounced dead at the scene on 06/22/2020 at 13:10 hours,” a spokesperson for the coroner’s office wrote to Fox News in a statement on Monday.

The Los Angeles Police Department confirmed to Fox News on Monday that authorities were investigating the death of a man in his 50s in the 10000 block of Santa Monica Boulevard in Century City.

Former President Bill Clinton tweeted, “I loved Steve Bing very much. He had a big heart, and he was willing to do anything he could for the people and causes he believed in. I will miss him and his enthusiasm more than I can say, and I hope he’s finally found peace.”

Vanity Fair produced an article about billionaire pedophile and sex trafficker Jeffrey Epstein in which they mentioned Bing as being part of Epstein’s “Lolita Express Circle.”

“They were always the most beautiful girls in the room, usually models or former models, with a slightly aloof Stepford Wives aura that masked a deeper vulnerability. Several names came up when they were around: Epstein, supermarket magnate Ron Burkle, film financier Steve Bing, and former president Bill Clinton, then in the prime of his postpresidential career and flying around on Epstein’s jet, dubbed the Lolita Express, or Burkle’s jet, dubbed Air F*ck One.”

Of course, they aren’t expecting foul play, right?  But the timing here is uncanny, don’t you think?

Although no suicide note found, Bing’s death was quickly ruled as a suicide by law enforcement. The reported reason for the suicide: He was depressed about the lack of human contact during the quarantine.

In other words, this exceedingly rich man, who has bought “human contact” his entire life, killed himself right as COVID lockdown measures are loosening. The circumstances behind this death are as bizarre and illogical as those surrounding Epstein’s “suicide”.

Is it possible that Steve Bing was killed by being pushed off a building, Russian Mafia-style? Did he know too much? Was he at risk of squealing on his elite buddies? Here’s a quick look at this rarified environment.

At age 18, Steve Bing inherited an estimated $600 million from his grandfather Leo S. Bing – a real estate developer who made his fortune in New York in the 1920s. After inheriting his fortune, Bing dropped out of Stanford University in his junior year to pursue a career in Hollywood.

While his success in Hollywood was rather limited, Bing was very successful at womanizing with girlfriends such as Naomi Campbell, Uma Thurman, Sharon Stone, Farrah Fawcett and a variety of Playboy playmates.

Bing was deep in with the Clinton’s too.  As Vigilant Citizen points out:

In 2008, the Clinton Foundation released a full list of donors and Bing was near the very top of that list.

Donations to the Clinton Foundation between $10-$25 million. Bing is third, under the Bill and Melinda Gates Foundation.

In a 2008 article titled Bill Clinton and the Billionaire Boys’ Club, the now-defunct website Gawker depicts Bing in a rather unpleasant light. The introduction of the article says:

As we learned in Vanity Fair yesterday, Bill Clinton has spent his post-presidential life gallivanting about the world with a small cadre of scummy billionaires. All aging boomers, all sadly unwilling to mature, all addicted to sex with women a third their age. Who are they? What do they want from us? (Hint: if you are a girl aged 14-22, they want to have sex with you.) Let’s meet the whole crew! They are just like Entourage except gross old billionaires.

The section about Bing says:

Steve Bing
Relation to Bill Clinton: Bing is a big donor to the Democratic party. Also, he has a private jet that Bill likes to ride on!
Sexual Misadventures: Well. There was a paternity fight with Elizabeth Hurley. And another with the ex-wife of billionaire Kirk Kerkorian.
Net Worth: Around $1 billion.
Youngest known special friend: Unknown!

I”m sorry, I’m just not buying that he was depressed from lack of contact.  People are moving all of California.

Finally, consider that Bill Clinton had a thing for Elizabeth Hurley and now, Bing’s fortune seems to be up for grabs.

The death of millionaire socialite Steve Bing could revive a family feud over whether his two children – a son with actress Liz Hurley and a daughter with tennis player Lisa Bonder – will inherit the family wealth.

Bing, 55, took his own life in Los Angeles on Monday, leaving the remnants of his $600million fortune and a tangled legacy involving two children he had hardly met.

Paternity tests proved that Bing was the biological father of Hurley’s son Damian and Bonder’s daughter Kira Kerkorian, but neither grew up in his home.

Bing’s father, Dr Peter Bing, last year tried to cut Damian and Kira out of a trust he had set up for his heirs – arguing in an affidavit revealed by DailyMail.com that ‘I do not consider them my grandchildren’.

However, Steve Bing and Liz Hurley joined forces to oppose Dr Bing’s gambit, which was dismissed by a US judge – leaving Damian and Kira in line for a share of the reported $480million fund.

Hurley had rejected Bing’s money in 2002 but said yesterday that they had ‘become close again’ recently and spoken on Damian’s 18th birthday.

It is not yet clear who will inherit Steve Bing’s own fortune, or whether he made a will. California law says that the surviving children – in this case Damian and Kira – will normally inherit an estate if there is no will.

Bing inherited a $600million fortune from his grandfather in 1983 but friends say he had whittled it away with poor investments, leaving it unclear how much is left.

Trending on our sister site…