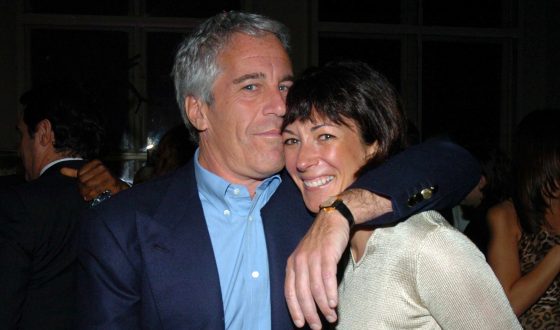 Much like Jeffrey Epstein, if Ghislaine Maxwell even comes close to “singing” and naming names, she will die in jail.  Many have already pointed out that her fate is about to be the same as Epstein’s and the mainstream media will cover it up for as long as they can get away with doing it.

We have already seen how the mainstream media reported on Epstein’s death.  His “suicide” that we all know wasn’t a suicide. We all know we aren’t getting the truth from the media, so why would they suddenly start doing so now especially when it would take down their handlers?

MSM Is Losing Control of The Official Narrative: “I’m Looking For The Truth!”

The only thing good coming out of this is the exposure of what the government and mainstream media have been for at least a century: puppets for the central banking cartel who is looking to take over the world. But don’t expect any information from Maxwell.  According to a New York Post article, her lawyer is already saying she will die in jail.

Jeffrey Epstein’s ‘Madame’ Has Been Arrested: Will She Face A Similar Fate?

Maxwell will be silenced” in jail (like Epstein), a victim lawyer has reportedly predicted — a year after he correctly forecast Jeffrey Epstein’s early death behind bars. “I don’t think she is going to get out of jail alive,” Spencer Kuvin, an attorney for several Epstein victims, told The Daily Mail. “I said the same thing about Jeffrey Epstein and people laughed at me,” he told the news site. “I think she knows way too much information — I just have this gut feeling.”

We all know it.  The “deep state” isn’t going to allow themselves to be taken down. They set up this system and laugh at those who actually believe we can use it to take them down. It doesn’t work that way. They control the elections, the monetary supply, and mainstream media, and that’s all you need to craft whatever narrative you want.

In fact, if you want some more irony, experts told the Post Friday that there’s a good chance the 58-year old British socialite will be transferred to Lower Manhattan’s Metropolitan Correctional Center — the same facility where officials say Epstein hanged himself last August while awaiting trial for sex trafficking.

Much like Epstein’s “suicide” the mainstream media will whitewash and coverup any information she does have. This isn’t news really, just a reminder that she probably won’t be taking down the deep state as some hope.