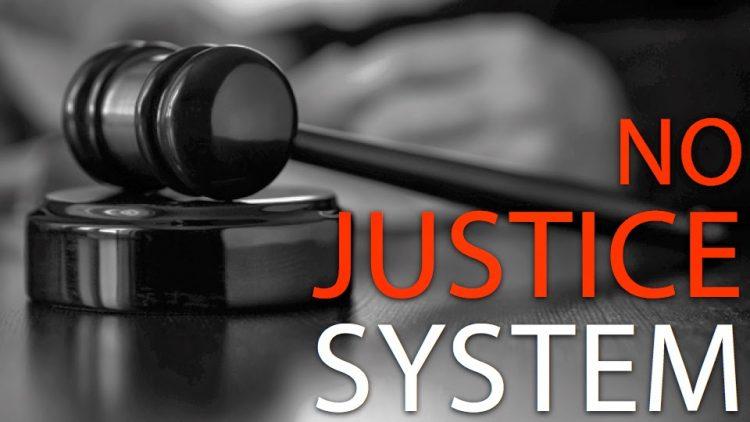 How blessed are those who keep justice, Who practice righteousness at all times! -Psalm 106:3

In the land of the free and home of the brave, we have the largest prison population in the world and those entrusted to exercise justice know nothing of it, which is why we have a prison system.  With that in mind, big cities in the united States are facing a rise in violent crime due to the fact that justice is the elusive ingredient in both upholding one’s oath to the people and God and maintaining the law.

In Philadelphia, at last 7 are dead and 21 hurt in 17 separate shootings over the weekend.

UPDATE: Three people, including a 6-year-old boy and a woman, were killed while five others were injured in six separate shootings during a violent Sunday in Philadelphia: https://t.co/WB6HjLBlyQ pic.twitter.com/J8HVzwrwPw

Around 1 p.m., a 6-year-old boy was shot in the chest at a home on the 4600 block of Kendrick Street, in the city’s Upper Holmesburg section of Northeast Philadelphia. The boy later died from his injuries after being rushed by a family member to the hospital.

It was not immediately clear what led to the shooting or if police had identified any suspects.

At 2:13 p.m., a 37-year-old woman was on the 1900 block of Clarence Street in the Kensington neighborhood when a gunman opened fire. Desiree Shaffer-Perez, who lived on the block, was shot 12 times in the mid torso, police said. Shaffer-Perez was taken to the hospital where she was pronounced dead a short time later.

A weapon was recovered and a police initially said a person was taken into custody in connection to the shooting. On Monday, police said no arrest had been made.

Around 3:20 p.m., a 27-year-old man was on the 1300 block of South 17th Street in Point Breeze when a gunman opened fire. The man was shot several times in the head and body and pronounced dead minutes later.

A second man in the area was shot in the back and taken to the hospital where the 30-year-old was listed in stable condition. No arrests were made and no weapon was recovered in connection to the double shooting.

Around the same time, a 38-year-old woman was on the 2700 block of N. Broad Street in North Philadelphia when a gunman opened fire. The woman was shot once in the left arm and taken to Temple University Hospital where she is in stable condition.

At 4:45 p.m., a 43-year-old man was found in the 2300 block of N. Croskey Street in North Philadelphia with a gunshot wound to the back of his head. Abdul Lamar Davis was pronounced dead minutes later. No arrests were made.

At 4:53 p.m., an 11-year-old girl suffered a graze wound to the right hip after a gunman opened fire on the 2500 block of S. 67th Street in Southwest Philadelphia. The girl was treated at the scene by a medic and was listed in stable condition. No arrests were made.

Around 6:30 p.m., two men were shot on the 2100 block of East Ann Street in Kensington. Kevin Selby, 22, was shot multiple times throughout his body and taken to Temple University Hospital where he died a short time later.

A 29-year-old man also hit in the shooting was taken to the hospital where he was listed in stable condition.

No arrests were made and a weapon was not recovered.

No arrests were made.

Around 10 p.m., a 17-year-old boy was shot in the buttock along the 6400 block of Carlton Street in West Philadelphia, police said. He was listed in stable condition at the hospital as police searched for the shooter.

According to The Daily Wire, Rochester experienced 13 shot, 1 stabbed and cops were assaulted while tending to a 16-year-old who was shot in the face.

Over the July 4 weekend, 13 people were shot and one person was stabbed in the City of Rochester, New York, where there is a population of roughly 206,000 residents. During the violent weekend, several police officers were assaulted as they rushed to tend to a 16-year-old shooting victim.

The terror in the Democrat-controlled area comes on the heels of a budget cut to the Rochester Police Department, effective July 1.

“A busy July 4th weekend for RPD, with 13 people shot at 10 different incidents from Friday through today,” News 8 WROC reported Sunday. “Five people have been arrested thus far and there have been no fatalities reported at this time.”

Rochester area reporter Scott Barstow said officers tending to a 16-year-old shooting victim on Saturday night were met by a group of about 25 people; at least two from the group assaulted the officers on scene.

“A 16-year-old was shot at least one time on Pennsylvania Avenue,” Barstow reported. “While investigating, officers were approached by a group of around 25 people. (unrelated to the shooting) two people assaulted the officers.”

UPDATE: A busy July 4th weekend for RPD, with 13 people shot at 10 different incidents from Friday through today. Five people have been arrested thus far and there have been no fatalities reported at this time. #ROC https://t.co/gkE1cBj0VA

A 16-year-old was shot at least one time on Pennsylvania Avenue. While investigating, officers were approached by a group of around 25 people. ( unrelated to the shooting) two people assaulted the officers. Complete press release to follow. More on @SPECNewsROC #roc pic.twitter.com/QaX3Tw84jE

Chicago saw 67 people shot and 13 killed over the weekend.

Chicago‘s bloody gun violence continued through the holiday weekend as more than 67 people were shot and at least 13 killed, including a 7-year-old girl and a 14-year-old boy.

Nine of the victims were minors, with only the two fatalities so far, the Chicago Sun-Times reported.

The girl, identified by her family as Natalie Wallace, was outside her grandmother’s home at a Fourth of July party in the city’s Austin neighborhood around 7 p.m. when a vehicle pulled up and three men got out and started shooting indiscriminately.

Wallace was shot in her head and pronounced dead after she was rushed to a hospital, police said, according to Chicago’s FOX 32.

A 32-year-old man shot during the same attack was in fair condition, FOX 32 reported.

“Tonight, a 7-year-old girl in Austin joined a list of teenagers and children whose hopes and dreams were ended by the barrel of a gun,” Mayor Lori Lightfoot wrote on Twitter. “We cannot grow numb to this. We are making progress in slowing shootings, but we have to do better, every single one of us.”

The 14-year-old boy was killed in the city’s Englewood neighborhood, in an attack that left three other people dead and four wounded, including boys ages 11 and 15, the Tribune reported.

Four men had walked up to a gathering and started firing shots. They fled and have not been arrested, the newspaper reported.

Sunday saw further reports of shootings and deaths from the Independence Day celebrations, bringing the total to over a dozen deaths and many more injured.

Among the dead are a 21-year-old who was shot to death at 2 a.m. and a woman who was the sole casualty on the West Side, with 5 men injured.

The West Side shooting occurred as the group was setting off fireworks on the sidewalk, according to police. A 20-year-old woman was shot in the head and abdomen and taken to Mount Sinai Hospital, where she was pronounced dead.

David Scott, 24, and another victim, 20, were in an argument with a male suspect in a Riverdale parking lot before the suspect walked to a home and shot the men through the door. Scott was taken to Christ Medical Center, where he was pronounced dead.

Tonight, a 7-year-old girl in Austin joined a list of teenagers and children whose hopes and dreams were ended by the barrel of a gun.

Story on the shooting at 61/Carpenter #Chicago https://t.co/6DW44e6P0c

Additionally, New York City has seen a rise in shootings.

On July 6, NBC News investigative reporter Tom Winter noted that “[there has] been a 204% increase in…[NYC] shooting victims over the past 28 days compared to last year.”  with 717 shooting victims on the year.

On June 29, 2020, Breitbart News reported that more than 110 people had been shot in NYC over the course of nine days. The 110-plus victims were wounded or killed in 83 different shootings that occurred during that nine-day period, 1010WINS reported.

The Breitbart report was actually on a father being shot to death in broad daylight while walking with his little girl.

On Sunday, July 5th, police officers from the 44th Precinct responded to a 911 call for a male shot at Sheridan Avenue and East 170th Street. pic.twitter.com/kiEmmJfuEW

And why is this happening?  Because these criminals are committing capital crimes and instead of getting a dirt nap, they are given a place to sleep, food, clothing and amenities at the expense of their victims and their families.  There is no justice, and without justice, there is no mercy to the people.

Instead, elected representatives are bowing to criminals.

DJH Media reported that the mayor has given up and now defends and supports those that toppled the Christopher Columbus statue.

Baltimore Mayor Bernard C. “Jack” Young defended hoodlums who toppled a statue of Christopher Columbus on Saturday and chucked it into the city’s Inner Harbor like a piece of trash.

Folks, this is an elected official charged with protecting the city.  If this were the military he would be court marshaled for dereliction of duty.  This is a shameful failure on the mayor’s part to fulfill the obligations of his office.  It is his duty to enforce city laws, and he has not only failed to do so, but is contributing to the lawlessness by supporting the rioters.

Via spokesman Lester Davis, Young called the motion part of a “re-examination taking place nationally and globally around some of these monuments and statues that may represent different things to different people,” according to the Baltimore Sun.

So, you have a differing opinion from other people over a statue.  What gives anyone the right to destroy it?

“We understand the frustrations,” Davis continued. “What the city wants to do is serve as a national model, particularly with how we’ve done with protesting. We’ve seen people who have taken to the streets, we have supported them. We are going to continue to support it. That’s a full stop.”

Criminal and corrupt politicians are putting the people they are to serve in danger by failing to faithfully uphold the laws and ensure justice is brought to bear on the criminals.

Until that changes, don’t expect things to get better.  Expect them to get worse!