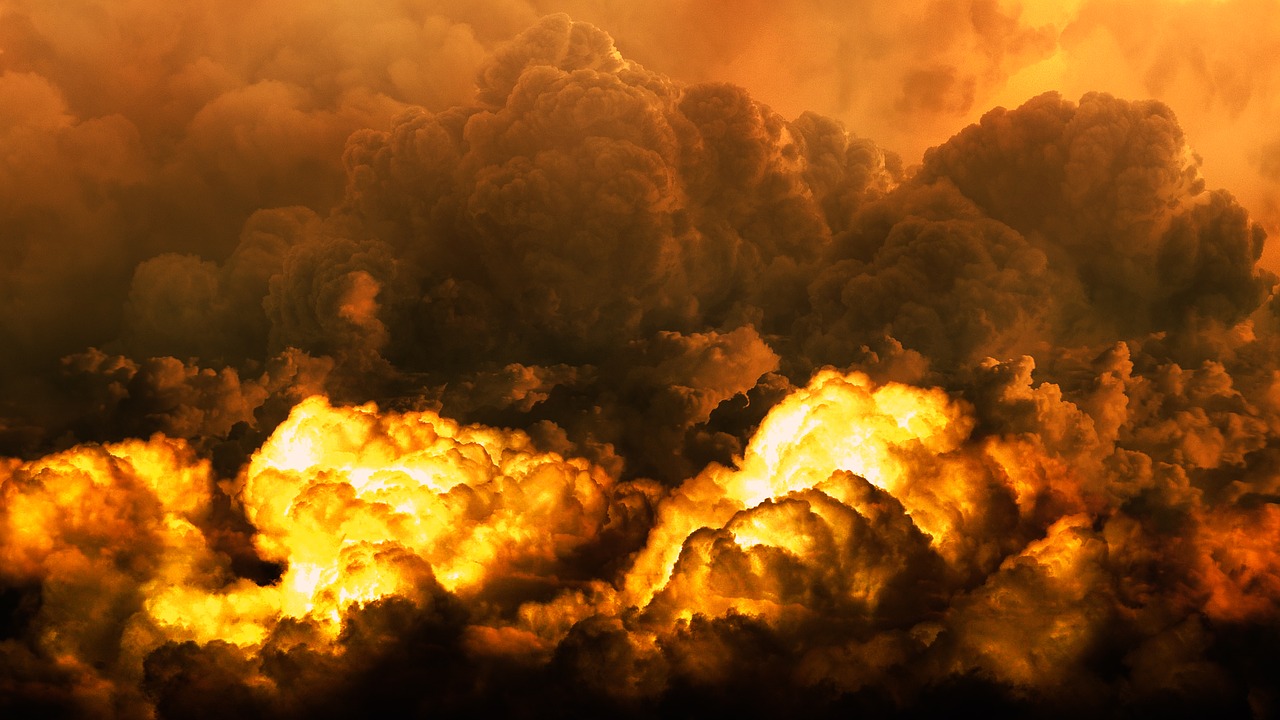 Over the past several weeks, a series of “mystery explosions” has happened at very strategically sensitive locations inside Iran, and it has become obvious that what we are witnessing is not just a bunch of random accidents.  For years, the Israeli government has pledged that the Iranians will never be allowed to develop nuclear weapons, and several of the sites where the mystery explosions have taken place have direct connections to Iran’s nuclear program.  For example, there was a very large explosion at Iran’s Natanz uranium enrichment facility on July 2nd, and it is being reported that some officials believe that this explosion was caused by a “powerful bomb”.  The following comes from the Jerusalem Post

Israel was behind an explosion and fire at Iran’s Natanz nuclear complex caused by a “powerful bomb,” a Middle Eastern intelligence official with knowledge of the incident told The New York Times on Monday.

A member of the Iranian Revolutionary Guards Corps confirmed to the Times that an explosive was used in the incident as well. Both officials spoke on condition of anonymity.

Of course there have been several other “mystery explosions” as well, and there is speculation that “computer viruses similar to the Stuxnet virus” may have been involved in at least some of the blasts…

Five recent explosions in Iran may have been caused by computer viruses similar to the Stuxnet virus that disabled Iranian centrifuges in 2010.

Two of the blasts took place at power plants, one at a missile research, development and production site, one at a new uranium enrichment centrifuge center, and the last (if it can be considered part of the attacks) in downtown Tehran at a medical facility that could have been a cover for nuclear operations such as a hidden command center.

It has become clear that the Trump administration does not intend to take military action to stop Iran’s nuclear program, so the Israeli government has been forced into a position where it must make a very tough choice.  Either Israel must be willing to accept Iran as a nuclear power or Israel must do something to stop it from happening.

At this point, it has been confirmed that the “industrial shed” that was destroyed during the explosion at the Natanz uranium enrichment facility “was in fact a new site for assembling centrifuges”, and that would definitely be a logical target for the Israelis to hit.

When asked about the “mystery explosions”, the following is what Israeli Defense Minister Benny Gantz had to say about them…

When Israeli Defense Minister Benny Gantz was asked if Israel had anything to do with “mysterious explosions,” he reportedly told Israel Radio: “Not every incident that transpires in Iran necessarily has something to do with us.”

“All those systems are complex, they have very high safety constraints and I’m not sure they always know how to maintain them,” he said, according to Reuters.

Obviously that is not a denial.

Meanwhile, it is also being reported that the Mossad has “thwarted a series of planned Iranian attacks on Israeli embassies”…

Israeli spy agency Mossad claims it has recently thwarted a series of planned Iranian attacks on Israeli embassies around the world.

The intelligence bureau has halted ‘terrorist’ plans in Europe and elsewhere, according to a report by Hebrew-language broadcaster Channel 12 which said that Israel’s arch-enemy Iran was behind the plots.

The Iranians are becoming increasingly frustrated by the success of Israeli covert operations, and they want to find ways to strike back.  Embassies are typically easy targets, but thankfully the Mossad has apparently been one step ahead of all Iranian efforts to target embassies so far.

Needless to say, all of this is happening at a time when tensions in the entire region are rapidly coming to a boil.

Israeli Prime Minister Benjamin Netanyahu keeps insisting that he is about to move forward with his plan to to annex portions of Judea and Samaria, and if that happens there will inevitably be a violent response by the Palestinians.

In fact, the Times of Israel is reporting that “Fatah and Hamas are in agreement that there should be a popular uprising if the controversial plan goes ahead”…

An adviser to Palestinian Authority President Mahmoud Abbas warned Saturday there was a possibility of a third intifada if the Israeli government goes ahead with its plan to annex parts of the West Bank.

The Kan public broadcaster reported that Nabil Shaath told the Arabic-language arm of the France 24 network that Palestinian rivals Fatah and Hamas are in agreement that there should be a popular uprising if the controversial plan goes ahead.

And the truth is that rocket fire has already started.  On Sunday, Israeli planes hit targets in the Gaza Strip after “a barrage of rocket fire into southern Israel”…

Israeli aircraft struck targets in the northern Gaza Strip on Sunday following a barrage of rocket fire into southern Israel. No casualties were reported on either side. In a statement, the Israeli military said attack helicopters and fighter jets struck “underground infrastructure” belonging to Gaza’s ruling Hamas terrorist group.

Earlier Sunday, the army said three rockets were fired by Gaza terrorists toward Israel, setting off air-raid sirens. It said one of the rockets was intercepted by Israel’s Iron Dome air defense system; according to Channel 12 TV the other two landed in open areas. There was no immediate claim of responsibility for the rocket fire. A number of armed terrorist groups operate in Gaza.

The bottom line is that the Middle East has been on the precipice of a major war for years, and it certainly isn’t going to take much to push things over the edge.

If the Iranians do not stop their nuclear program, the Israelis are going to continue to hit them, and that will eventually spark a war.

And if Israeli Prime Minister Benjamin Netanyahu goes ahead with his plan to annex portions of Judea and Samaria, that is almost certain to spark a war too.

We have reached such a critical moment, and it appears to be just a matter of time before a great conflict erupts.