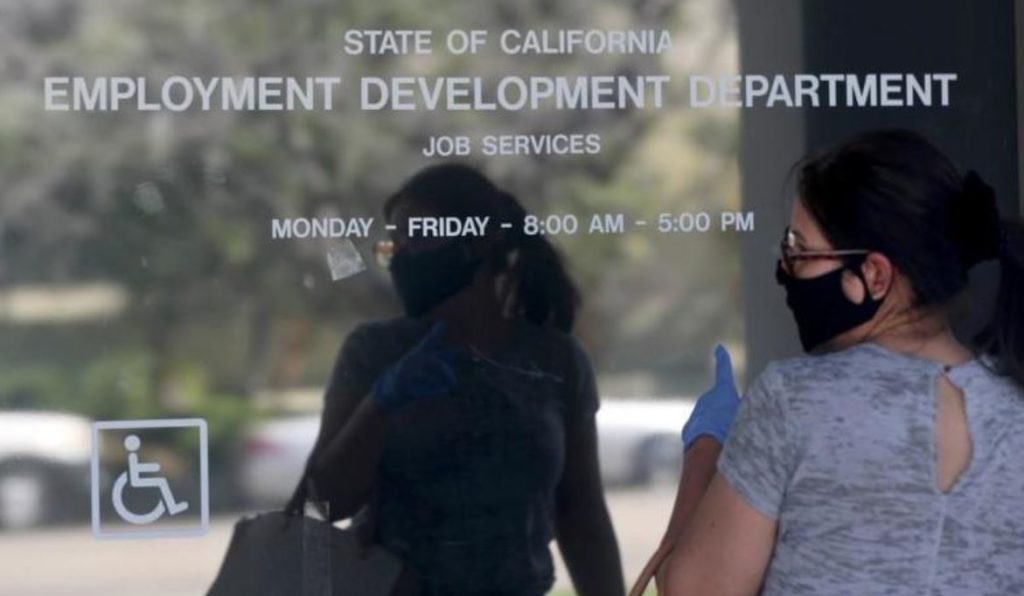 Approximately two million Californians are still waiting for their unemployment checks from the first three months of the government-mandated COVID-19 lockdowns, according to the San Jose Mercury News which cites government data.

Unemployed residents are complaining of clogged phone lines and outdated technology at the Employment Development Department (EDD) despite Gov. Gavin Newsom (D) promising to increase staffing among other reforms.

“I have done just about everything I know how to do as a public official to make things work, but my colleagues, my staff, my constituents and I are at our wits’ end,” said state Assemblymember David Chiu (D-San Francisco) in a tweet.

It's difficult to say this as someone who generally believes in govt’s ability to help, but @CA_EDD is failing CA.

I have done just about everything I know how to do as a public official to make things work, but my colleagues, my staff, my constituents & I are at our wits' end.

“I know people who are on hold every day and can’t get a response,” said San Francisco resident Armand Domalewski, a workforce development expert who co-created a Facebook group for unemployed residents.

The mounting claims arrive as some county and state government agencies are again moving to shut down an array of business activities as fears escalate that the coronavirus outbreak might intensify — a collective decision that could cause additional workers to lose their jobs.

“I’m terribly disappointed. The EDD has let us down terribly,” said Rhonda Dias, a San Jose resident and daycare teacher. Dias was temporarily laid off and later returned to her job, but at reduced hours. “The website doesn’t work and you can’t get through on the phone. People have to pay their taxes. Then they can’t help us.”

Over the three months of March, April and May, 5.01 million California workers filed initial claims for unemployment benefits and the EDD completed first-time payments to just 3.13 million workers, statistics compiled by the U.S. Labor Department show. That points to a grim gap between the initial claims and the first-time payments, leaving 1.88 million claims unfilled and suggests a mammoth backlog of workers who have yet to receive any benefits despite being out of work for weeks or months. –San Jose Mercury News

“You can’t get a clear answer from anybody with the EDD,” said Laurie Nelson, a resident of Union City who has been unemployed since March. “You go week after week trying to certify your claim and get some sort of unemployment payment. If I hadn’t gotten loans from family members, I would be out on the street. I wouldn’t be able to pay my rent.”

The backlog was already horrendous before the lockdowns which began in March – with 1.44 million unpaid workers waiting for checks from the EDD. By the end of April, the backlog grew to 1.75 million. Today, the backlog stands at just under 2 million.

“These numbers show what we have suspected all along: EDD is utterly failing millions of Californians,” said Chiu, who added “EDD’s failure has real human consequences. Californians have depleted their life savings, gone into severe debt, and been unable to feed their families because of bureaucratic incompetence.”

“We continue to work around the clock, seven days a week to expand our capacity for processing this unprecedented demand for unemployment benefits as quickly as possible,” EDD spokesman Barry White insisted. “We are enhancing our technology systems to increase efficiencies, and have already hired or have offers extended to more than 4,000 new staff needed as part of an expedited mass hiring effort with the increased federal funding we’ve received.”

The agency has promised to prioritize older claims from March and April, but gave no indication when the backlog would be cleared.

California isn’t the only state to face unemployment woes – as the state of Washington has called in the National Guard to help process thousands of unemployment claims.

This comes after state officials stopped unemployment benefits after they were tricked out of ‘hundreds of millions of dollars‘ in a Nigerian scam.