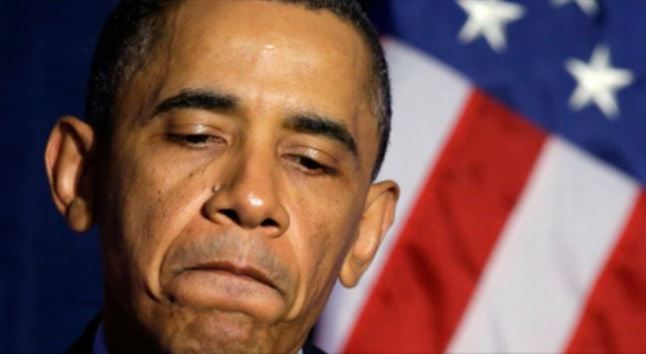 “My sources tell me there’s a lot of activity. I’m seeing, personally, activity behind the scenes [showing] the Department of Justice is trying to bring those first indictments,” Solomon said in an interview with the Fox Business Network’s Lou Dobbs reported by the Washington Examiner.

“And I would look for a time around Labor Day to see the first sort of action by the Justice Department.”

“Until they bring it before the grand jury you never know if it’s going to happen. I’m seeing activity consistent with that.“

Top former officials, including former CIA Director John Brennan, are said to be targets of the Durham investigation.

But Attorney General William Barr has said he doesn’t expect Obama and former Vice President Joe Biden, the presumptive Democratic presidential nominee, to be subjects of a criminal investigation.

#BREAKING: AG Barr: "As to President Obama and Vice President Obama, whatever their level of involvement, based on the information I have today, I don't expect Mr. Durham's work will lead to a criminal investigation of either man." pic.twitter.com/JFT0aPCMmG

Solomon said he is hearing from defense lawyers and people “on the prosecution side” that complications with the coronavirus pandemic are “slowing down” the grand jury process.

“There is overwhelming evidence in the public record now that crimes were committed,” Solomon said.

He cited “falsification of documents, false testimony, false representations before the FISA court.”

WND reported this week Sen. Charles Grassley, R-Iowa, the chairman of the Senate Finance Committee, said Durham should launch any prosecutions before the November election.

“The deep state is so deep that ppl get away w political crimes,” wrote Grassley on Twitter. “Durham shld be producing some fruit of his labor.”

.@realDonaldTrump #CommonSense IF NO PROSECUTIONS TIL AFTER ELECTIONS SAD SAD //just think Flynn Mueller Impeachment/ The deep state is so deep that ppl get away w political crimes/Durham shld be producing some fruit of his labor

A report from DOJ Inspector General Michael Horowitz found at least 17 “significant” errors or omissions related to the Obama administration’s efforts to use the Foreign Intelligence Surveillance Act provisions against Trump.

WND reported former U.S. attorney Joe DiGenova said the public shouldn’t worry about whether or not charges are filed against Obama and Biden.

“Shaming” them will undoubtedly happen, with or without charges, he argued in an interview with Boston radio host Howie Carr.

“I happen to believe that the public shaming of former President Obama and Vice President Biden is far more important than indicting them,” he said.