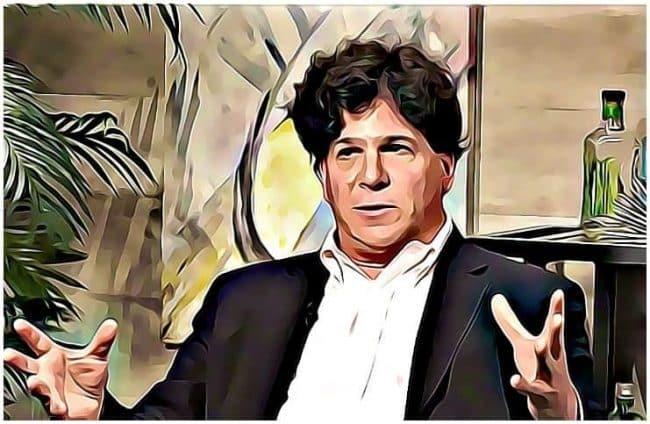 Eric Weinstein, managing director of Thiel Capital and host of The Portal podcast, has gone scorched earth on the New York Times following the Tuesday resignation of journalist Bari Weiss.

Weinstein describes how The Times has morphed into an activist rag – refusing to cover “news” unpaletable to their narrative, while ignoring key questions such as whether Jeffrey Epstein’s sex-trafficking ring was “intelligence related.”

Jump into Weinstein’s Twitter thread by clicking on the below tweet, or scroll down for your convenience.

On 6/1/17 Ms Weiss was the only journalist covering “The News”.
Only she was doing it from the opinion section because the NYT refused to find interesting that there was a racist Maoist insurrection at a public college where police would be stood down:https://t.co/0sq70VCP2g

At that moment Bari Weiss became all that was left of the “Paper of Record.” Why? Because the existence of Black Racists with the power to hunt professors with Baseball Bats and even redefine the word ‘racism’ to make their story impossible to cover ran totally counter-narrative.

At some point after 2011, the NYT gradually stopped covering the News and became the News instead. And Bari has been fighting internally from the opinion section to re-establish Journalism inside tbe the NYT. A total reversal of the Chinese Wall that separates news from opinion.

This is the paper in 2016 that couldnt be interested in the story that millions of Americans were likely lying to pollsters about Donald Trump.

The paper refusing to ask the CIA/FBI if Epstein was Intelligence related.

The paper that can’t report that it seeks race rioting:

I have had the honor of trying to support both @bariweiss at the New York Times and @BretWeinstein in their battles simply to stand alone against the internal mob mentality. It is THE story all over the country. Our courageous individuals are being hunted at work for dissenting.

Before Bari resigned, I did a podcast with her. It was chilling. I‘d make an innocuous statement of simple fact and ask her about it. She‘d reply “That is obviously true but I’m sorry we can’t say that here. It will get me strung up.” That‘s when I stopped telling her to hang on.

This is the moment when the passengers who have been becoming increasingly alarmed, start to entertain a new idea: what if the people now in the cockpit are not airline pilots? Well the Twitter Activists at the @nytimes and elsewhere are not journalists.

What if those calling for empathy have a specific deadness of empathy?

Those calling for justice *are* the unjust?

Those calling “Privilege” are the privileged?

Those calling for equality seek to oppress us?

Those anti-racists are open racists?

The journalists are covering up the news?

Try the following exercise: put a minus sign in front of nearly every banner claim made by “the progressives”.

Those aren’t the pilots you imagine. And we are far closer to revolution than you think.

Bari and I agree on a lot but also disagree fiercely. And so I have learned that she is tougher than tough. But these university and journalistic workplaces are now unworkable. They are the antithesis off what they were built to stand for. It is astounding how long she held out.

Read her letter. I have asked her to do a make-up podcast & she has agreed. Stay tuned If you don’t want to be surprised again by what‘s coming understand this: just as there has been no functioning president, there‘s now no journalism. We‘re moving towards a 🌎 of pure activism.

Prepare to lose your ability to call the police & for more autonomous zones where kids die so that Govenors & Mayors can LARP as Kayfabe revolutionaries. Disagree with Ms Weiss all you want as she isn’t perfect. But Bari is a true patriot who tried to stand alone. Glad she’s out.

We are not finished by a long shot. What the Intellectual Dark Web tried to do MUST now be given an institutional home.

Podcast with Bari on The Portal to come as soon as she is ready.

Stay tuned. And thanks for reading this. It is of the utmost importance.

P.S. Please retweet the lead tweet from this thread if you understand where we are. Appreciated.