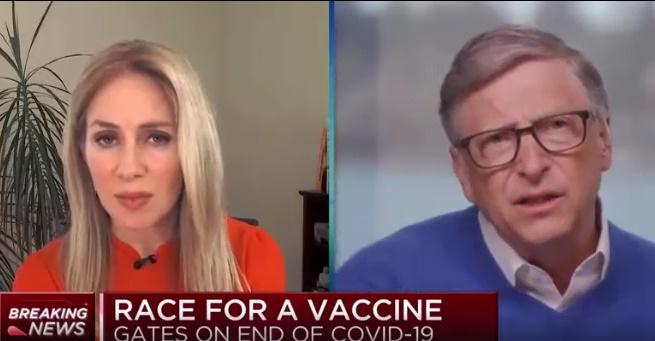 In an interview with CNBC, former CEO of Microsoft Bill Gates, who thinks he knows vaccines and has invested a ton of money in them to reap a profit, said that he expects at least 700,000 victims from a corona vaccination. No, seriously, he said it on live television.

In the interview, Gates says that for every 10,000 people, one permanent vaccination damage would occur and he expects no less than 700,000 victims.

Near the end Gates says, “We have … you know … one in ten thousand … ah … side effects. That’s … you know … way more. Seven hundred thousand … ah … you know … people who will suffer from that. So, really understanding the safety at gigantic scale across all age ranges – you know – pregnant, male, female, undernourished and existing comorbidities. It’s very, very hard and that actual decision of ‚OK, let’s go and give this vaccine to the entire world… ah … governments will have to be involved because there will be some risk and indemnification needed before that … ah … can be decided on.”

He expects 700,000 victims. And he’s the one who is massively promoting this vaccination, whereby „promoting“ is extremely euphemistic. So one can speculate about even more victims. These numbers are much higher than the actual number of victims caused by the corona virus, whether dead by or with Corona or „other victims“. Regardless of whether one takes the increased numbers of the RKI or numbers represented by numerous experts (2). According to Gates, this would mean 8,300 corona vaccination victims for Germany with its 83 million inhabitants. He calls this – death or permanent disability – „side effects“.

The responsibility and costs of compensation (as if it were so easy to compensate) for the vaccination campaigns should be carried by the states. Bill Gates has obviously learned to protect himself better (3-8). The price for this is the naming of presumed numbers of victims, but multi-billionaire Gates is probably quite sure that he will not be blamed by the media and politicians.

This is what is influencing the current situation… this sadistic criminal that can’t even get his Windows product to run flawlessly.  Yet, he wants to inject the world with God knows what, which has never been proven to be safe nor effective in preventing disease, but it has been proven to harm millions of people worldwide.

Save a life, let’s deal some justice to Bill Gates.