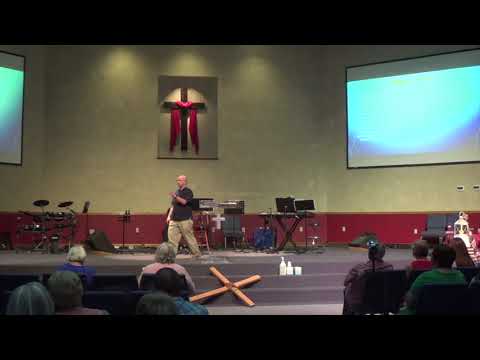 Christians all over America are talking about Pastor Dana Coverstone, and he just had another prophetic dream about the month of September that everyone should hear.  He is warning that “something big is coming”, and he is calling Christians all over the country to pray for our nation from the beginning of the month of September to the end.  Hopefully many will heed this call, because we are definitely at a major turning point in our history.  I have been hearing from so many readers lately that feel such an urgency about the second half of this year and beyond, and I think that is a big reason why Pastor Coverstone’s original video resonated so strongly with so many people.  What he shared in that video exactly matches what countless believers have been feeling, and it also perfectly lines up with experiences that other prophetic voices have been having.

Pastor Coverstone’s original video on YouTube has now been viewed over 1.5 million times.  In that video he shared a dream that he had in December 2019 in which the Lord showed him that a great pandemic and tremendous civil unrest would erupt in America during the first half of this year, and events have played out in real life just as he saw in that dream.

Subsequently, Pastor Coverstone had another dream in late June in which the month of September was specifically singled out as having special significance…

Here’s what I saw.

I saw a calendar. Start with the calendar. As I was having this, the calendar was up, a white figure appeared.  To me, it was a representing God the Holy Spirit, something pure, something righteous, something true, something Holy because there was nothing sinister about it.  Nothing evil, but I heard the voice say, “part two, part two”.

I saw June, go, I saw July. I saw August, and then I saw September, and I saw the finger underneath the word September and I like like emphasizing it and tap the three times.

We don’t know exactly what will happen in September, but from the remainder of that dream it certainly sounds like great chaos is coming in November and in the months beyond.

So we have multiple witnesses that are all confirming the same thing, and that should definitely get our attention.

It should be noted that John Fenn was told that the events that he was shown are conditional.  In other words, they may or may not happen based on how America responds over the coming months.

And that actually fits very well with the new prophetic dream that Pastor Dana Coverstone just had on July 10th, because that dream appears to be a national call to prayer.

Pastor Coverstone revealed this new dream during a worship service at his church, and you can watch his entire sermon right here.  In the dream, Pastor Coverstone saw a hand remove the month of September from the calendar, and the page fell and came to rest at his feet.  He was instructed to stand on the page and to intercede for the nation.  After praying for a few minutes, he was instructed to call others to pray with him, and ultimately he saw large numbers of people praying.  All throughout the month of September, he saw believers united in prayer, and then he saw something else that was very unusual.

And so when the hand was done writing, the phrase “a solemn September assembly” was written across the top of the calendar.

This year, the festival of Yom Kippur just happens to be during the month of September.

Pastor Coverstone did not make this connection in his sermon, and I don’t even know if he is aware of it, and I think that makes all of this even more remarkable.

Once again, God is going to great lengths to point out the importance of the appointed times that He established in the Scriptures, and hopefully we are willing to pay attention.

Another thing that I find very interesting is that “a solemn assembly” has already been planned for Washington D.C. on Saturday, September 25th.  It is being called “The Return”, and it is being organized by Jonathan Cahn.  It is going to feature some of the biggest Christian names in America, and you can view a promotional video for this event right here.

The period of time from Rosh Hashanah to Yom Kippur is known as “the Days of Awe”, and the central day of this event was purposely placed on the weekend that falls between those two very important festivals.

The goal of this gathering is to get people to repent and pray for the nation, and that sounds exactly like what Pastor Coverstone saw in his dream.

Isn’t it amazing how all of this fits together?

We truly serve an amazing God.

But just because God is calling people to pray in September, that does not mean that it will happen automatically.

We have a choice to respond to the call or not, and even if you cannot physically make it to Washington D.C. in September I would encourage you to seek God with all of your heart at that time.

If we miss this opportunity, we may not get another one.  Jonathan Cahn is warning that America “may pass the point of no return” if repentance and revival do not happen now, and I agree with his assessment.

Time is running out, and America stands on the precipice of judgment.  The only hope for the United States is a return to the one true God who created all things, and the fate of our nation hangs in the balance.