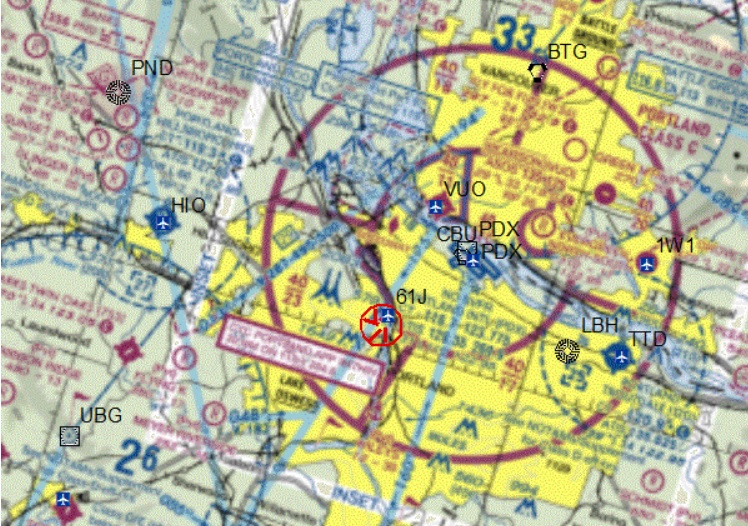 Under NOTAM (Note to Airmen) number FDC 0/1203, published by the FAA at this link, the FAA warns that, “No pilots may operate an aircraft in the areas covered by this NOTAM (except as described).”

The notice describes the exceptions to the flight restrictions as involving, “active national defense, homeland security… or disaster response missions.”

Radical left-wing terrorist groups — such as Black Lives Matter and Antifa — continue to operate in the area, firing explosives at government buildings and assaulting federal law enforcement officers, all while Mayor Ted Wheeler is now fully siding with the terrorists. The entire U.S. media has been ordered by the CIA into a nationwide news blackout of the real events there, so that left-wing media can continue to falsely describe the Black Lives Matter terrorist group as a “peaceful” operation.

The FAA notice further warns that pilots operating aircraft within the restricted airspace may have their aircraft seized or destroyed. The notice refers to the Battle Ground Vortac in Southern Washington, which is a navigation beacon system for pilots. See full details at PilotNav.com.

The FAA notice seems to indicate that “unmanned aircraft” may pose a “security threat” to government buildings or personnel. The altitude described in the order is from zero to 1000 feet, which is the very low altitude where buildings are located.

From the notice: (emphasis added)

A. UAS OPERATIONS MAY BE AUTHORIZED WITHIN THE DEFINED SSI AIRSPACE IF IN COMPLIANCE WITH THE REQUIREMENTS LISTED BELOW: 1) AN APPROVED SPECIAL GOVERNMENTAL INTEREST (SGI) AIRSPACE WAIVER HAS BEEN GRANTED FOR OPERATIONS IN DIRECT SUPPORT OF AN ACTIVE NATIONAL DEFENSE, HOMELAND SECURITY, LAW ENFORCEMENT, FIREFIGHTING, SEARCH AND RESCUE, OR DISASTER RESPONSE MISSION; AND, 2) UAS OPERATORS IN SUPPORT OF EVENT OPERATIONS, WITH A SGI AIRSPACE WAIVER. 3) ANY APPROVED UAS FLIGHT OPERATIONS MUST COMPLY WITH ALL OTHER APPLICABLE FEDERAL AVIATION REGULATIONS.

The restrictions are in place through August 16, 2020. See full details at this FAA link. 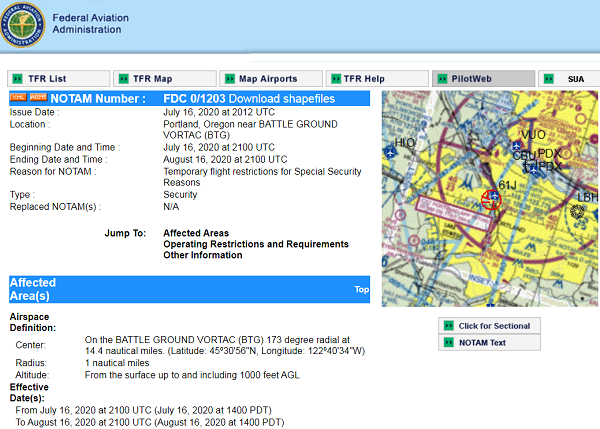 Here’s a closer look at the map: 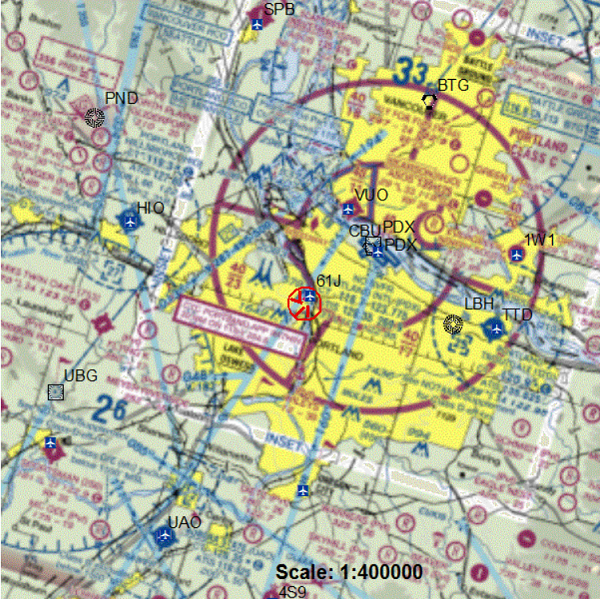 This air restriction declaration by the FAA may indicate that the U.S. government is planning imminent action against the armed, illegal insurrection in Portland which is being aided by Portland’s treasonous Mayor Wheeler, who obviously should be arrested and charged with treason (along with the Mayor of Seattle).

It also indicates that America’s civil war is rapidly moving into the kinetic phase, with armed left-wing forces now confirmed to be receiving support and, in some cases, funding from 269 U.S. corporations, some of which is being used to purchase full-auto military weapons upgrades (and silencers) that are confirmed by U.S. Customs and Border Patrol (CBP) to be smuggled into at least three U.S. cities.

We now have an actual civil war breaking out in America, where corporations like McDonald’s, Google, Nike and Netflix are supporting militant terrorist insurrection groups, while the treasonous corporate-controlled media is pretending the terrorists are all “peaceful.” Meanwhile, the entire GOP is doing nothing, largely out of fear of being called “racists” if they demand enforcing the rule of law on America’s streets.

Here’s a video of the “peaceful” rioters barricading federal agents inside a building, which they no doubt plan to set on fire in future attacks: