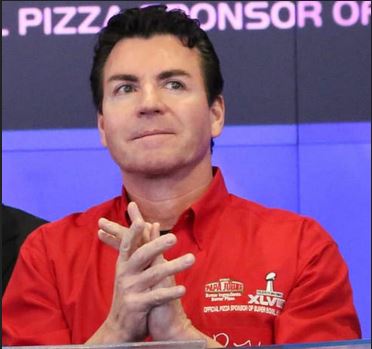 This post first appeared at Fellowship of the aMinds

Alex Nitzberg and Carrue Sheffield report for Just the News (JTN), July 16, 2020, that in an interview with JTN, John Schnatter, founder of the Papa John pizza chain, said CEOs are “scared” of the “woke” Left because they fear being “persecuted”.

Schnatter was responding to the Left’s current hate-campaign to boycott Goya Foods, a Hispanic food company, because Goya CEO Bob Unanue made a positive comment about President Trump at a July 9 White House event related to a Hispanic Prosperity Initiative.

Unanue, whose grandfather founded Goya Foods in 1936, said: “We’re all truly blessed at the same time to have a leader like President Trump who is a builder. And that’s what my grandfather did, he came to this country to build, to grow, to prosper. And so we have an incredible builder, and we pray, we pray for our leadership, our president, and we pray for our country that we will continue to prosper and to grow.”

Among the bullies of the hate-campaign against Goya Foods are:

Back to Papa John founder John Schnatter, who himself had been a repeated target of the Left’s hate campaign.

On January 1, 2018, Schnatter was forced to step down as Papa John’s CEO because in November 2017, he criticized NFL commissioner Roger Goodell for not doing anything about football players’ take-a-knee national anthem protests.

Like Unanue, Schnatter also has positive things to say about Trump, calling him a “leader” for reducing government regulations:

“I think that this is probably the hardest working president that we’ve ever had. He understands business, he understands entrepreneurship. I mean can you imagine if we had somebody in the White House that was making decisions right now on politics instead of what’s right for Americans, what’s right for America? I mean it’d be pretty scary. I think he makes the right decision for the right reasons.”

They’re trying to paint you in a corner, that if you don’t believe 100% in their ideology, then they persecute you, they attack you. And I think that’s extremely unhealthy for the country. And I think it’s a really bad path for the CEOs to go down. And I think they’re scared.“

Read more at Fellowship of the Minds